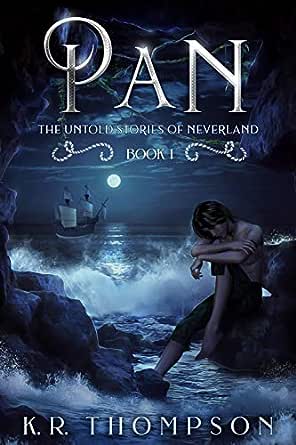 You've subscribed to The Untold Stories of Neverland! We will preorder your items within 24 hours of when they become available. When new books are released, we'll charge your default payment method for the lowest price available during the pre-order period.
Update your device or payment method, cancel individual pre-orders or your subscription at
Your Memberships & Subscriptions
There was an error. We were unable to process your subscription due to an error. Please refresh and try again. 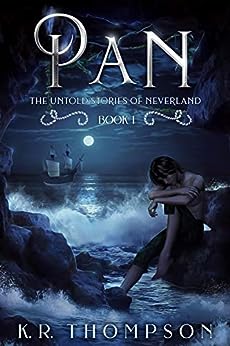 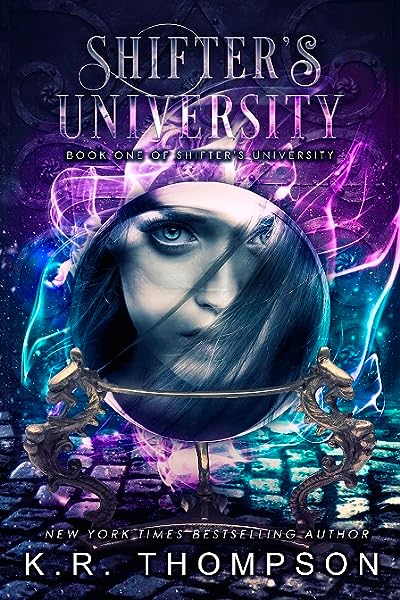 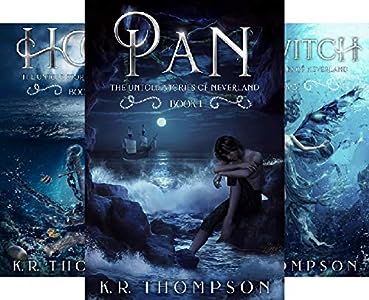 "From a baby's shattered laughter creating fairies to the saddened boy left ferrying the dead, K.R. Thompson swaddles you in the familiar sense of magic felt only when hearing a fairytale. Humanizing villains and foreshadowing power struggles in Neverland, Pan draws you in and lingers after you've turned the last page." -Echo Shea, author of A Tinfoil Hat of My Own

"This story reminded me of a promise I once made to myself to never stop believing in magic. A very enjoyable read that I would thoroughly recommend to anyone. " -P. A. Crust, Author of Time Slip and Historical Romance

"KR Thompson has done it again with Pan. Weaving a magical tale full of happy thoughts, that will promise you a flight to remember." -Dzintra Sullivan, author of The Halfway House Series

"K.R. Thompson spreads light on an age-old tale with interesting spins on a story you think you know." -Ria Cantrell, author of Paranormal and Historical Romance

4.1 out of 5 stars
4.1 out of 5
131 global ratings
How are ratings calculated?
To calculate the overall star rating and percentage breakdown by star, we don’t use a simple average. Instead, our system considers things like how recent a review is and if the reviewer bought the item on Amazon. It also analyzes reviews to verify trustworthiness.
Top reviews

Charles A. Ray
VINE VOICE
4.0 out of 5 stars History of the first 'Lost Boy'
Reviewed in the United States on March 5, 2016
Verified Purchase
Neverland has always been a place of safety for the pixies, but, the magic is dying, and along with it the pixies. Only one pixie, Tink, has the courage to try and do something about it. Tink crosses the barrier to the land of humans in search of someone who still believes in magic, the only way to save Neverland. In the city of humans, she finds a boy; a wandering spirit who is escorting other souls to find homes. She faces a challenge, though; can she convince Peter to accompany her back to Neverland?
Pan: The Untold Stories of Neverland by K. R. Thompson is the first book in the Neverland series; the back stories of the characters that make up the magical stories that we all know. In this introductory story we learn the history of the boy who became Peter Pan, leader of the Lost Boys. Told with equal measures of humor, pathos, and fantasy, we get to know Peter, a boy desperately seeking the life he once knew, and the beginning of a magical relationship that has entertained generations of those of those of us who still believe in ‘magic.’
This is a fairy tale that will appeal to readers of all ages.

K. Johnson
3.0 out of 5 stars An different backstory of Peter Pan
Reviewed in the United States on February 1, 2016
Verified Purchase
I got this free. It is well written and edited. Even though Peter Pan is not my favorite character and I never read the novel Peter and Wendy by JM Barrie, I have always liked the idea of Neverland and flying with pixie dust. I also enjoy different retellings. This was darker than I expected it to be even with the profession Peter has when he and Tink cross paths. I can't help just feeling sad for both Tink and especially the Lost Boys through Peter's behavior/choices. Told from Tink's point of view, it is very interesting how Neverland comes about to being inhabited. I do not feel the end was a cliffhanger as some reviewers say, yes, the story is clearing going to go on, but the story of Peter was concluded. If I had to recommend a book about Peter Pan, I would suggest I Am Pan: The Fabled Journal of Peter Pan by Boyd Brent.

I did accidentally buy the second one, Hook, which I probably wouldn't have bought on purpose, but I'm rather pleased with it. I just started it and I'm enjoying it far more than Pan -- probably because I'm personally more interested in character when I've never really liked Peter Pan.

Pan will tell you a tale of how Peter Pan came to be. This magical novella is sure to enchant you. Thompson has created an imaginative faerie tale of the beginning of Peter Pan and what we know as Neverland.

The Plot: Neverland and its pixies are dying. Brave little Tink decides it is time to find someone to come to Neverland who will believe in the magic that keeps them alive. She comes across Peter and promises him he will always be a boy and she will always be by his side. Together they will find more lost boys to journey to Neverland to believe.

This was a cute little novella. It is the beginning of entire series of “Untold Stories of Neverland” including a story about Hook and about a mermaid. I applaud Thompson’s effort for creating these prequels to the classic tale of Peter Pan. This novella was magical and imaginative and I cannot wait to continue the series.

Traci Hayden
5.0 out of 5 stars I wish I could give higher than 5 stars
Reviewed in the United States on August 11, 2016
Verified Purchase
I read this series out of order, but in the order the books were written. I understand how some reviews claim the Pan is too short or is missing something, but trust me, if you read Hook first you will understand why Pan is short. It is however the perfect introduction to this incredible series. It also is important to understand that Ms. Thompson wrote this series based off the original Peter Pan, not the Disney 'follicking through the tulips' version. The original has dark undertones showing how life isn't always rainbows and lollipops. Ms. Thompson gives a very realistic and solid reasoning why lost boys go to Neverland and aren't missed by those in the "grown-ups" world. I wish I could give higher than 5 stars because this whole series deserves it.
Read more
5 people found this helpful
Helpful
Report abuse

Preston Leigh
5.0 out of 5 stars Great Pan Story
Reviewed in the United States on August 28, 2015
Verified Purchase
I actually stumbled across K.R. Thompson by accident. There is an event coming up in a town near where I live and I planned on going to this event to meet another author. I decided to go to the events page on Facebook just to see what would be there besides the author I was going to see. As I am scrolling through I see some musicians and, of course, some great looking food. After scrolling for a minute I saw a post by an author that was going to be there and she said, “I’ll be there with my books. :) (Pictures of a few…)” Below the post there were pictures of a few of her book covers. I saw the cover for Pan: The Untold Stories Of Neverland and it really intrigued me. I pulled up Amazon to see what this story was about (see above),and I thought it sounded really interesting so I instantly bought it.

Peter Pan is such a classic story. I remember when I was little I would watch the Peter Pan featuring Mary Martin as Peter Pan. “I’m flying (flying, flying, flying!!) Look at me way up high, Suddenly here am I, I’m flying.” Admit it you were singing along and probably smiling.

Peter Pan is one of those stories that just sticks with you and you will always remember. K.R. Thompson tells us how each of the characters became who they are. As the title tells you, we learn about Peter Pan and how he came to Neverland. Peter’s journey to Neverland is not full of roses either. We also learn a little about the Lost Boys as well.

Pan is only about 70 pages, once you start reading you really get sucked into the story and it just flies by. The writing is very solid and there is no point in the story where I felt like it dragged.

As any good writer does, Thompson leaves you wanting more. In fact, make sure you have Hook (The Untold Stories of Neverland Book 2) handy. I promise you will want to start it as soon as you finish Pan.

Pan sets up a great foundation for what I believe will be a very good and entertaining series. I believe any fan of Peter Pan will want to have this story in their collection.

DeaneL
2.0 out of 5 stars Two Stars
Reviewed in the United Kingdom on May 4, 2016
Verified Purchase
Interesting idea but not great
Read more
Report abuse

NanaFlo
5.0 out of 5 stars K. R. Thompson's "The Untold Stories of Neverland" ...
Reviewed in Canada on March 19, 2016
Verified Purchase
K.R. Thompson's "The Untold Stories of Neverland" series takes a surprising and superbly crafted look at the characters from the classic Peter Pan story.
Read more
Report abuse
See all reviews