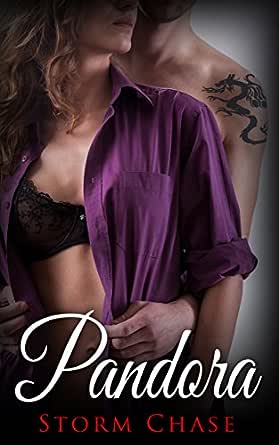 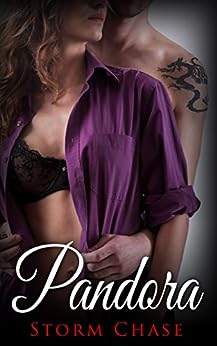 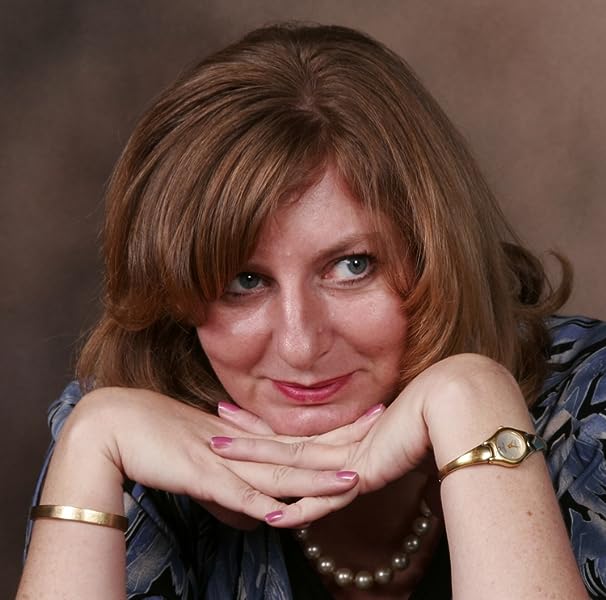 3.7 out of 5 stars
3.7 out of 5
17 global ratings
How are ratings calculated?
To calculate the overall star rating and percentage breakdown by star, we don’t use a simple average. Instead, our system considers things like how recent a review is and if the reviewer bought the item on Amazon. It also analyzes reviews to verify trustworthiness.
Top reviews

charlenepb
5.0 out of 5 stars Another great one!!
Reviewed in the United States on May 7, 2016
Verified Purchase
I love everything Storm Chase writes. I am always waiting for the next one!!
Read more
Helpful
Comment Report abuse

Romance Readers Retreat
5.0 out of 5 stars Honest Review
Reviewed in the United States on October 16, 2014
This book blew me away. I not sure how to talk about it without giving too much away, but I'll give it a shot.

Pandora is a low level administrative assistant in a government office who is roped into doing something she soon regrets. What she doesn't know is that she's being watched. Everything she does is being closely monitored by a mysterious man. A notorious cyber terrorist known only as "Dragon". And he has developed an unhealthy obsession with Pandora.

Soon Pandora finds herself in a situation she never expected. Will she learn to adapt and survive, or will it destroy her? And will she view this man as her angel, or her devil? You will have to read the book to find out.

I can tell you that this is a standalone novel, although it ends in such a way that there could be a followup if the writer ever chooses to write one. I would love to see it happen.

I fell in love with Pandora. I loved the way she started out as an innocent and helpless victim, but in the course of the novel she grows stronger each and every day. By the end she is not someone I would ever want to cross.

"Dragon" is a man you end up feeling sympathy for, something I didn't expect at first. He is a genius about some things and totally clueless about other things. But he is a man you want to be on your side. Believe me, you would never want to go up against him.

If you want to read a book featuring hot sexy scenes mixed with intrigue, romance, and danger, then you should pickup Pandora right away.
Read more
One person found this helpful
Helpful
Comment Report abuse

Dark themes that a young innocent girl like Pandora has to contend with.  But don't pity her.  She doesn't need your pity, nor your comfort.  All she needs is  Xavier.

Having recently dumped her fiancé, Pandora lands a great job at the Commonwealth House in London, a hot bed of espionage and counter espionage.  Her newness and naiveté  land her in a very dangerous situation, and she is drugged and kidnapped to locations unknown.  She needs a savior and  finds one in Xavier. But is he truly her savior? Can she trust him to protect her specially when she finds out that she was kidnapped on his orders?

Cleverly crafted,  Pandora is a tale of a young woman's metamorphosis from young and gullible to master negotiator and a partner in a high stakes game of destruction and death.  The woman we meet at the start of the story is not the same  woman  we say goodbye to at the end.

This book is a quick read, but don't let the shortness of the story fool you. Storm Chase manages to tell her whole story, bring to life two disparate characters and pack a lot of action in fifteen quick chapters. I love that this book has a definitive end and I don't have to wait for a sequel.

I enjoyed this book. It reminds me of friends from long ago who operate on the same  computer level of genius as Xavier.  Let me tell you, nerds and geeks have loads of fun! Trust me on this.  And not just the D&D type of fun. The type of fun that would have them streaking across a parking lot ... But I digress. If you want romance, the book has this.  If you are looking for action, it has that as well.  If you are looking for a high stakes game of bluff where the end result would be the end of people's lives, this is the book for you.  Although the hero and heroines of the story are aligned with the dark side, I find myself rooting for them, and hoping that they can survive the high stakes game they are involved in.
Read more
One person found this helpful
Helpful
Comment Report abuse

TaraWordWench
4.0 out of 5 stars Pandora and Xavior will stay with you for a while wishing you had more.
Reviewed in the United States on February 14, 2015
Reviewed for Word Wenches Guilty Pleasure. Wowzer. This third person pov book takes off in the beginning and just doesn't stop, for nothing. I couldn't put this book down unable to stop turning the pages and at times scanning quickly to get to the next one. I absolutely loved this story, and that's something because usually it's really hard for me to get into a third person pov. The lead characters were different than any other I've ever read and it was refreshing. This is one of those books that is hard to write a review for because I don't want to spoil it for anyone else.

I've never read a book that goes behind the scenes of espionage with as much depth as this one. With that being said, I'm sure there are some really good suspense books out there that go into great detail, but not in most romance novels. As much as there is romance in this book, it's not about the romance. It's about the story. It's about Pandora and Xavior and how they come together, adapt to change, and overcome adversity. Watching Pandora evolve during this story was amazing. She was always strong, but her fear of acceptance and people pleasing always held her back. She just wanted to be loved and everywhere she went she was just crapped on. Until she meets Xavior. He brings out a side of her that helps her golden always trusting heart to learn to survive in the brutal world we live in without making her completely jaded and keeping her moral compass.

Xavior, aka The Dragon, is as bassackwards as they come and has no moral compass. Where in the beginning you think he's this sociopathic man obsessed with Pandora, you realize he is socially awkward and views everything in black and white. There is no grey area with him which makes it hard for him to empathize with others and standoffish. Man has a heart of gold where Pandora is concerned and wants nothing more for her to be happy after watching her be miserable and trapped in her shell. I loved that about him. At times it made it really hard for me during this story because of his childlike personality. I kept envisioning him as this teenager infatuated with Pandora and when they would become intimate it was rather strange. Had there been a little more "manly" description around him it would've been a bit easier, but truth be told, it was this very reason I loved his character at the same time. The fact that he loved Pandora so much he was willing to let her go for her own happiness despite how he felt for her made my heart crumble for him.

I loved the ending of the book and I'm glad that Pandora and Xavior found what they were finally looking for. The two of them deserved to find a family that accepted both of them for who they were without trying to change them and have peace and happiness for a change.

This is a must read fast paced book and I promise you won't want to put it down. It kept me up all night until I finished it. With charactization different than what you are used to, Pandora and Xavior will stay with you for a while wishing you had more.
Read more
Helpful
Comment Report abuse
See all reviews

Che
4.0 out of 5 stars Four Stars
Reviewed in Australia on September 4, 2018
Verified Purchase
I love the character development, but I did want to smack Pandora up the head a few times
Read more
Report abuse
See all reviews