Have one to sell?
Sell on Amazon
Flip to back Flip to front
Listen Playing... Paused   You're listening to a sample of the Audible audio edition.
Learn more
See this image 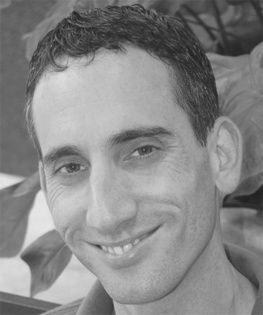 Stunning in its ambition, Benjamin's detailed story imagines all of the characters of the various world mythologies living together in one universe—and sending their children to the same high school in Los Angeles. Sullen Grace is the daughter of Tyr, Norse god of war; reckless Griffin, child of Hades and raised by adopted human parents, flirts with suicide and tries to bribe Charon to take him home; Yukio, son of the Japanese goddess of luck, skirts by on his innate good fortune; and Aziza, daughter of Egyptian sun god Ra, can use her body to generate intense heat. When a group of renegade mythological students puts the rest of the student body to sleep so that they can carry out their plan to ascend to godhood alongside their parents, the four fight back together. There are laughs aplenty throughout the school day, and there is something utterly charming about immortal beings talking fluid 21st-century teenspeak. The intricate and detailed artwork includes tons of clever puns and historical references hidden throughout; a much-needed glossary at the end points out the mythical background of many of the sight gags and references. This is truly a one-of-a-kind work that entertains with intelligence and humor. (Feb.)
Copyright © Reed Business Information, a division of Reed Elsevier Inc. All rights reserved.
Tell the Publisher!
I'd like to read this book on Kindle

3.7 out of 5 stars
3.7 out of 5
9 customer ratings
How does Amazon calculate star ratings?
Amazon calculates a product’s star ratings based on a machine learned model instead of a raw data average. The model takes into account factors including the age of a rating, whether the ratings are from verified purchasers, and factors that establish reviewer trustworthiness.
Top Reviews

Harpy81
5.0 out of 5 stars interesting and unique
Reviewed in the United States on February 10, 2015
Verified Purchase
Amazing story that blinded multiple pantheons of mythology creating a unique original and diverse story that leaves you aching for more
Read more
Helpful
Comment Report abuse

Tim Janson
HALL OF FAME
5.0 out of 5 stars MYTHOLOGY FOR THE NEW GENERATION
Reviewed in the United States on May 26, 2007
Where do the children of the Gods go to high school? Well, Pantheon Hugh, of course! Pantheon High schools the children of various pantheons of Gods including Greek, Norse, Egyptian, and Japanese. Here, Grace Morgenstern, the daughter of Tyr, the Norse God of War attends classes and eats lunch with Griffin Pierce, the son of Hades, Greek God of Death. As with any high school there are the popular students such as the stunningly beautiful Aziza, daughter of Ra the Sun God, and the not so popular Fadil El Set, the classic school bully and son of Set, Egyptian Lord of the Dead. There are the usual squabbles between students just as in any high school, except for the fact that these children are Demi-Gods, and blessed with extraordinary powers and abilities.

Yukio, son of the Japanese Goddess of Luck, overhears a plot by Set and several other students, to use a sleeping potion to knock out all of the other students during lunch and siphon off their powers so they can become full-fledged Gods themselves. The plot takes shape and soon nearly all of the students fall into a deep sleep, with only Yukio, Aziza, Grace, and Griffin left to oppose the group of evil-intent students. But that's not all they have to contend with; Jormungandr, the Midgard Serpent, has been released and is threatening to destroy the entire campus. The school quickly becomes a battle ground for the young Gods-to-be. Griffin gets killed several times but as the Son of a Death God, he's immediately returned to life, whether he wants to or not. Griffin argues with Charon, the skull-faced boatman of the River Styx, to let him go onto see his father, but the Boatman turns Griffin away each time. It's at once funny, and yet sadly tragic as Griffin longs to spend time with his father.

The book is action-paced but with liberal doses of humor. Fadil el Set talks in Hip Hop slang which earns him derisive comments even from his friends. The perfect in every way beauty Aziza is like the Veronica Lodge of the God world....she's daddy's little girl and doesn't let anyone forget it. You'll quickly notice that this is not your typical TokyoPop manga. The art by Steven and Megumi Cummings is a more Americanized Anime style. Less cartoony and over the top than most Japanese Manga. The story by Paul Benjamin shows a grasp of modern high school kid's attitudes and behaviors...even if they are Demi-Gods.

For those who may not be well versed in Mythology, Benjamin also includes a Mythstory 101 section after the story to explain many of the mythological references in the book. Entertaining and educational...what more can you ask for! I will definitely be around for volume two of this exciting new series.

SpadesHighReads
2.0 out of 5 stars 2 STARS
Reviewed in the United States on June 25, 2011
I don't know what much I can say about this book. I honestly didn't like the art work; there were some that were nicely drawn and the rest looked 'sloppy.' I guess the story line was 'OK', but nothing more. I enjoyed the fact that mythology was involved (not many mangas with story lines of Greek Gods or Gods for that matter) and atleast the author tried at best to stick to the original myths about them. I utterly HATED the dialogue (dawg, slammin', word, etc. "gangsta" talk) had me annoyed throughout the end. I managed to read all the way through, but it's really not my cup of tea. I will however be reading Volume 2 to see if any improvements/changes were made fromt the first volume. Plus there are only 2 Volumes throughout the whole series. So, on with Book 2.
Read more
One person found this helpful
Helpful
Comment Report abuse

Amazon Customer
4.0 out of 5 stars Really surprising!
Reviewed in the United States on February 6, 2007
A cross between a DC Comic, an RPG theme, and a more modern style of manga, a really good find! And I'm not usually a big DC fan. If you're into to hooky mythological creatures and kick-but girls, it's even better, but Warning: Death (literally) runs the book (okay, so maybe it's his kid), so there are a couple of really juicy 'ends' for him here, but it doesn't really hurt the story if you don't mind the looks so much. Anyway, give it a try! It's something a little different from the everywhere of now!
Read more
5 people found this helpful
Helpful
Comment Report abuse

Rah
5.0 out of 5 stars Awesome book and plot!
Reviewed in the United States on September 30, 2007
I love the art work and I love the story! In this world, the gods from the Norse, Egyptian, Greek, and Japanese divinities have had children with mortals. Each child has a special ability, relating to their parent's power. I had a chance to meet with the writer of this book, Paul, and I think this series really has great potential! I would really like to see more development on the characters' personal powers and maybe more background on their relationships with their parents.
Read more
3 people found this helpful
Helpful
Comment Report abuse

rjones2818
5.0 out of 5 stars Quite enjoyable...
Reviewed in the United States on March 3, 2007
The modern day children of various Gods of various Pantheons are sent to special schools in Los Angeles. Sounds good, and it is. The authors are americans, so there is a strong representation of the Greek, Norse and Egyptian Gods, although there are others (and book 2 promises the traditional Mezoamerican Gods).

Quite fun, and it reminds me that I need to go out and get an obol!
Read more
5 people found this helpful
Helpful
Comment Report abuse

Barbie Jett
1.0 out of 5 stars Don't bother
Reviewed in the United States on March 6, 2007
Don't get me wrong. I like manga, I like high school stories and I love mythology, but this book sucked. The characters don't speak like normal kids, but like morons. The authors dumbed down stories and characters from mythology in a way that anyone who's actually read it will detest. My only hope is that it will get someone who's never studied mythology interested enough to read more intelligent works. The art isn't even good enough to make up for the lacks in the story. So don't bother this manga and move on to the next. THere are plenty of good ones out there to try instead.
Read more
5 people found this helpful
Helpful
Comment Report abuse