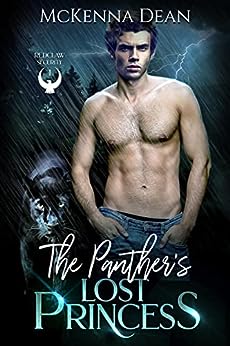 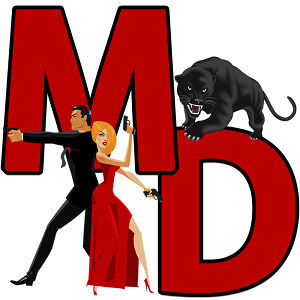 by McKenna Dean (Author) Format: Kindle Edition
Book 1 of 2: Redclaw Security
See all formats and editions
Sorry, there was a problem loading this page. Try again.
She's a waitress seeking to change her future. What he knows about her past changes everything...

As a foster child, Ellie West didn't get many breaks, but the one thing she can do is sing. It's her ticket out of poverty and obscurity. Nothing else matters, not even the nagging sense that she's different. She's headed for great things. She only needs a chance.

Jack Ferris couldn't agree more. His firm, the elite paranormal agency Redclaw Security has been hired to find a missing heiress. Discovering that Ellie is also his fated mate is like being hit with a sledgehammer. She can't be his mate. She's the mission.

The sooner Jack completes this job, the better. Only Ellie has no intention of throwing away her dreams for a kingdom she's never known. With hired assassins on their trail, she might not have a choice. They need to do whatever it takes to stay alive, even if it means Jack must bring Ellie to the most dangerous place he knows: home.
Read more
Previous page
Next page
All 2 for you in this series See full series

McKenna Dean has been an actress, a vet tech, a singer, a teacher, a biologist, and a dog trainer. She's worked in a genetics lab and at the stockyard. Finally she realized all these jobs were just a preparation for what she really wanted to be: a writer. She lives on a small farm in North Carolina with her family, as well as dogs, cats, and various livestock. She likes putting her characters in hot water to see how strong they are. Like tea bags, only sexier. --This text refers to the paperback edition.

McKenna Dean loves putting her characters in hot water to see how strong they are. Like tea bags, only sexier!

Annalise Richards
5.0 out of 5 stars Cinderella she's not...but a great story
Reviewed in the United States 🇺🇸 on September 28, 2022
Verified Purchase
Love, love, LOVE this series. The book was easy to read but not predictable. A few surprises, and one stubborn man. The spice was about a 2, but enough to make it interesting and furthered the plot.

I would highly recommend this book to anyone wanting a little mystery, a little spice, and a few surprises!
Read more
Helpful
Report abuse

Shari Lyne DuShane
3.0 out of 5 stars It's all in the details....
Reviewed in the United States 🇺🇸 on December 3, 2017
Verified Purchase
While McKenna Dean's plot in "The Panther’s Lost Princess (Redclaw Security Book 1)" was interesting enough and the "mix-n-match" mates (a mate could be a species other than one's own and who knows what offspring might be, should they have any - for example, male lead Jack was the child of a bear shifter father and hawk shifter mother) was off-putting at first but actually kind of grew on this reader; however, a promising storyline became a tedious read for me due to telling the entire story and not showing. Too much telling and not enough showing. I don't want to be told protagonist Ellie is frustrated, I want to be shown by her lips pinching together or rapidly tapping her fingers on a countertop or scrunching up her face and then releasing it simply trying to calm down... the same with Jolene's envy - show us with body language and movements, don't tell us, and so on, for each character given some importance to the tale. It gives a reader a better chance to learn who this character is when we can visualize temperament traits and eventually empathize with or for them... especially when allowed to read the way they handle some situations is likely similar to how we as readers handle some situations we might face. Don't tell me how angry Jack is when Seth puts his hands on Ellie, have Jack show me by his tightly clenched fists, the corded strain in his neck, the trembling of his bunched muscles, etc.

There were a few spelling, grammar and punctuation errors found throughout the book, mostly in the form of an extra word in a sentence or a misused word, such as "off" when clearly "of" was meant. Dialogue often felt like information dumps instead of listening to two people talking.

McKenna Dean does show her personal creativity with this story, via an interesting plot and the start of some intriguing characters. If being told a story instead of being able to experience through showing details doesn't bother a reader, then perhaps they'd greatly enjoy this story. I mean, c'mon... alligator, beaver, mice, bird, bear, big cats and of course, dragon shifters! However, for those readers that want to truly feel a part of a story via visualizing details, then perhaps this story isn't for you.
Read more
4 people found this helpful
Helpful
Report abuse

SLF
4.0 out of 5 stars Start reading early in the day so you don't lose sleep
Reviewed in the United States 🇺🇸 on February 23, 2018
Verified Purchase
I had a really hard time putting this book down long enough to get some sleep. I recommend you start early in the day so you can finish it before the wee hours of the morning. The plot was interesting with Jack, a panther, searching for Ellie (Ariel), a lost dragon princess. The book had drama, action, steamy sections, a bit of magic, fated mates and clan and shifter politics. I'm happy this is part of a series because I really want the story to continue so I can find out what happens to the other characters.
Read more
2 people found this helpful
Helpful
Report abuse

And she's pretty bad-a** in her own right. She's learned to manage on her own, has her own group of friends, and is doing relatively well for herself, thank you very much.

So when Jack comes along to 'rescue her' -- Ellie is already busy saving herself. But there are secrets about her past that Ellie needs to learn, and Jack is the key to that. And even Ellie will admit that Jack is good at what he does, so she's not going to let him get away.

When they do team up against the bad guys, sparks fly!

A fun story with some lovely twists that you may not see coming...
Read more
2 people found this helpful
Helpful
Report abuse

Babs
4.0 out of 5 stars The Panther's Lost Princess (Redclaw Security... McKenna Dean
Reviewed in the United States 🇺🇸 on November 17, 2017
Verified Purchase
First book in a new series called Redclaw Security very good book. This is Ellie West who does not know what she really is and Jack Ferris of the Redclaw Security who has been tasked with finding her. I will be rereading this book.I received a copy of this book and because I liked it I also bought it.
Read more
Helpful
Report abuse

sherri jones-teachout
5.0 out of 5 stars A great start to a series
Reviewed in the United States 🇺🇸 on November 5, 2017
Verified Purchase
Imagine you were born a dragon princess but didn't know it. Your magic was suppressed and you grew up in foster care, and now worked as a lowly waitress. This is Ellie's life. That is until Jack's company is hired to find her by her long lost family. She doesn't know that her family has already picked out a mate for her. But Ellie has grown up as a human, and she will fight for what she wants and doesn't want. Ellie has to force Jack to accept they are mates and fight for her
Read more
Helpful
Report abuse

Gotcha
4.0 out of 5 stars Have you always wanted to be a dragon?
Reviewed in the United States 🇺🇸 on November 20, 2017
Verified Purchase
Shifter stories are always fun, but this is the first with a modern dragon for me. Truthfully I bet there are a are a lot of us that wish they could shift. But, as in this story the fear of the unknown, the fear of others being different is evident in our world today, how sad. So, settle in and enjoy, and maybe dream of shifting.
Read more
Helpful
Report abuse

BarbarinaS
5.0 out of 5 stars Very enjoyable
Reviewed in the United States 🇺🇸 on August 12, 2018
Verified Purchase
I read this out of order but it didn’t make a difference. The flow of writing and the plot lend themselves to easy understanding. The world-building is simple and believable. It is very easy to accept princesses that don’t want to be royal, big sexy cats and evil doers out there. Jack is adorable, our dragon a gem and the story a very enjoyable read.
Read more
One person found this helpful
Helpful
Report abuse
See all reviews

Mrs M Windell
5.0 out of 5 stars Loved it
Reviewed in the United Kingdom 🇬🇧 on May 22, 2019
Verified Purchase
Very well written, character have depth and you can believe in them and a finding yourself storyline, very enjoyable would recommend
Read more
Report abuse

Margarita Gakis
5.0 out of 5 stars A great read!
Reviewed in Canada 🇨🇦 on October 1, 2017
Verified Purchase
I really enjoyed this book. The characters were well drawn and the plot was well set up. The book moved at a fast pace, but not so fast that I felt rushed or dragged along. I had time to enjoy the characters and their deepening romance. I look forward to more in the series!
Read more
Report abuse