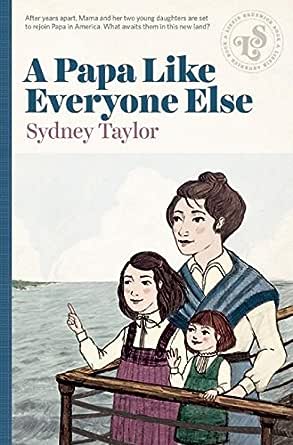 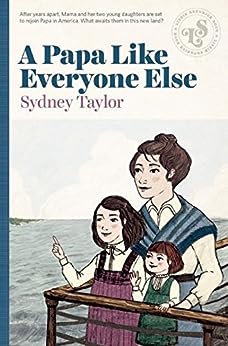 Wendy Bohrer
5.0 out of 5 stars Suitable historic families.
Reviewed in the United States on July 9, 2019
Verified Purchase
Granddaughter, 10 years old, loved this book and all the books by this author.
Read more
2 people found this helpful
Helpful
Comment Report abuse

Margery L. Goldstein
5.0 out of 5 stars A vivid, loving depiction of the "Old Country"
Reviewed in the United States on April 25, 2020
Few stories about immigrants in New York City in the early 20th century can compare to Sydney Taylor's "All of a Kind Family" books. This book is not a prequel to that series; it deals with a different family. However, it answers the some of the questions that All-of-a-Kind fans may have about the life that immigrant families left behind when they came to America.

The family in "A Papa Like Everyone Else" consists of two girls - approximately 11 and 7 years old when the book starts - and their mother, left behind in the Old Country (which was part of Hungary when their father emigrated in 1914 but becomes part of Czechoslovakia after the World War). They live in a small, ethnically-mixed village, among a few other Jewish families and some agreeable Christian neighbors who are ethnically Hungarian or Czech. Taylor makes a point of showing that the cultural differences between the Hungarians and Czechs are at least as great as those between Christians and Jews. The family does not encounter any religious persecution or discrimination, but they and their neighbors are poor, with few prospects for improvement. The father has left for New York to find a better living, but various misfortunes (including the war and the flu pandemic) have delayed his accumulating enough money to bring his family to the United States. When they finally cross the ocean in the early 1920s, it is not as the stereotypical immigrants crowded in steerage; they have a private cabin with a panel of push-buttons (which the children of course try out, summoning a steward, a stewardess, and a ship's officer).

Told mainly through the experience of the sensitive younger daughter, this book provides a vivid picture of a year's worth of childhood, with detailed descriptions of farm chores, "women's work," holiday activities (religious and secular), and personal highs and lows. Like the All-of-a-Kind books, but perhaps even more like the Little House books, it uses the specific experiences of one family to illuminate the lives of countless children of the same time and place. I only wish it followed the girls into their first encounters with New York! Perhaps Taylor was planning a sequel. I found myself hoping that young Gisella (apparently the "Gertrude" to whom the book is dedicated) found a path to fruit trees and clear blue skies in her new country, to compensate for the ones she lost.

AnnainCA@aol.com
5.0 out of 5 stars One of My Favorite Childhood Books!
Reviewed in the United States on May 20, 2000
"Mama and her two young daughters, Szerena and Gisella, never thought they would be without Papa for five long years. Ever since he left their small farm in Czechoslovakia for America. they have been waiting for him to send for them. In the meantime, with the help of family and neighbors, Mama and the girls work on the farm. Every day Szerena wishes for "a papa like everyone else," but Gisella can't remember their papa, and wishes he had not gone away without them. Finally the big day arrives and Mama and the girls leave for America. What will it be like to travel on a train, and a ship? And what will happen when at last they see Papa?" This is a brief synopsis of a wonderful book by Sydney Taylor, who is better known for her "All-of-a-Kind Family" series. "A Papa Like Everyone Else" seems to be almost a precursor to those books and focuses on "the old world" of Eastern Europe. Hungarian and Czechoslovakian traditions and customs are explored, along with daily Jewish life in a small farming community in the early part of the 20th century. I wish someone would put this and the rest of Sydney Taylor's books back into print!
Read more
34 people found this helpful
Helpful
Comment Report abuse
See all reviews from the United States