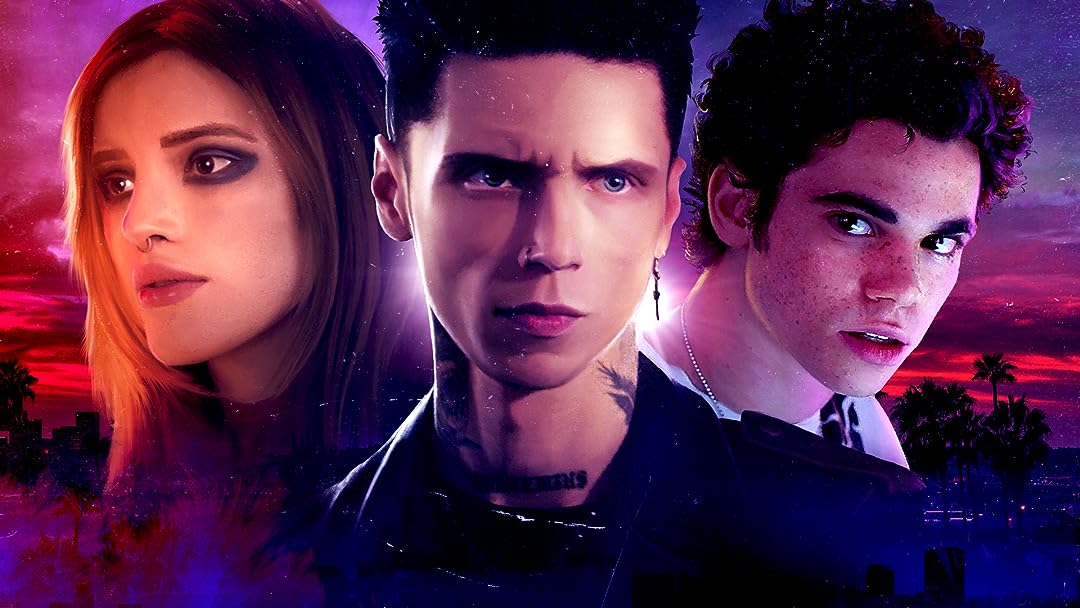 Season 1
(869)
2021X-Ray18+
A controversial rock band with ties to the occult and the maestros who work with them try to keep their west coast family dynamic together amidst the chaos of the industry as a haunting secret of the singer and a young groupie arrives on his doorstep. Their path intertwines with an east coast rookie kid who idolizes them and tries to make his way in the music business as the ultimate underdog.

Sherri HenryReviewed in the United States on March 27, 2021
5.0 out of 5 stars
Can't get enough
Verified purchase
I binged the whole season in 1 day. I love how this continues the story from the American Satan movie. Andy & Ben are phenomenal in it. A must see.
10 people found this helpful

Judith hickmanReviewed in the United States on April 10, 2021
5.0 out of 5 stars
A saving grace for fans, a damning sequel for characters.
Verified purchase
This is the best show I’ve seen in ages. So many tv shows are fan service and a can never capture the gritty reality that Paradise City just envelopes. It’s showcasing of ALL of the life of a rock star is phenomenal, not just grazing over the psychological toll that fame and success can bring and the pure temptations and consequences of that said lifestyle. American Satan had been my favorite movie for a few years, and to produce a sequel showing that aftermath and emotions so raw and dynamic with other points of view is an absolute win. They gave us others to root for and more to damn. Everyone has a saving grace, but will they actually accept theirs? Can’t wait for a season 2.
5 people found this helpful

Becca TReviewed in the United States on May 9, 2021
5.0 out of 5 stars
Needs season 2 and then some! Can’t wait
Verified purchase
Can’t wait for season 2 !!! Won’t spoil it! Be sure watch the movie “American Satan” before you start the series to follow along! OMG so good! Need more!!!!!
3 people found this helpful

Joshua FoglemanReviewed in the United States on April 18, 2021
5.0 out of 5 stars
Best show ever
Verified purchase
The show is a 10/10!! It’s so amazing and keeps you on your feet I really enjoyed it. I highly recommend to anyone that enjoyed American Satan. I have watched the complete season about 15 times. It’s a show you could watch over and over again and be like...I wonder what’s going to happen next! I can’t wait for more!! GIVE ME MORE!! I love it!!
4 people found this helpful

Madame XReviewed in the United States on March 25, 2021
5.0 out of 5 stars
I binged this in one night (and I am an adult with a job)
I have waited, what, three years for this show to finally make its debut? The long wait was 100 percent worth it.

I'm normally not a binge-watcher, but I could NOT stop watching Paradise City. The plot twists and turns are too addictive.

It does help to have seen the 2017 film "American Satan." However, viewers who are new to the world of The Relentless shouldn't have trouble picking up what's going on.

Yes, there is some re-casting. I didn't know who Bella Thorne was (what? I'm a bit older than series creator/producer/writer/director Ash Avildsen), but she absolutely kills it as Lily.

Yes, Andy Biersack's wife Juliet Simms (aka Sumerian artist Lilith Czar) has a supporting role. And she delivers an understated, but compelling, performance. Perhaps we've all underestimated her.

Paradise City also showcases Cameron Boyce's final performance (he tragically passed away in 2019, after filming wrapped). What a talented young man and what a terrible loss.

Look for Kellin Quinn as a hapless intern, Avildsen himself as a deeply disturbing producer, and was that Renee Phoenix on the screen for a few minutes? (Update: yes, it was.)

Some of you may think Paradise City is unrealistic. It's really not. I have a good friend whose family is in the music industry and she'll tell you - yes, this insanity does in fact happen.

jill weinerReviewed in the United States on March 29, 2021
5.0 out of 5 stars
Kept me on the edge of my seat!
Verified purchase
This series was much more then I expected! It’s a great extension of American Satan and I binged the whole thing in one day! Really hoping there will be a season 2! I am keep waiting to see what happens next! Great cast! Great to see Andy Biersack show off his acting skills
2 people found this helpful

Naren T.Reviewed in the United States on March 28, 2021
5.0 out of 5 stars
Best show ever
Verified purchase
Completely loved how tge story took off beautifully after American Satan. The movie was amazing but I always had the after thought in my head on whst the future held in the relentless. This show has a great storyline. Great acting and amazing music. I can't wait for season 2.
2 people found this helpful

JessicaReviewed in the United States on April 7, 2021
5.0 out of 5 stars
Love it
Verified purchase
Such a great show! Loved every minute of it and the movie!
One person found this helpful
See all reviews
Back to top
Get to Know Us
Make Money with Us
Amazon Payment Products
Let Us Help You
EnglishChoose a language for shopping. United StatesChoose a country/region for shopping.
© 1996-2022, Amazon.com, Inc. or its affiliates