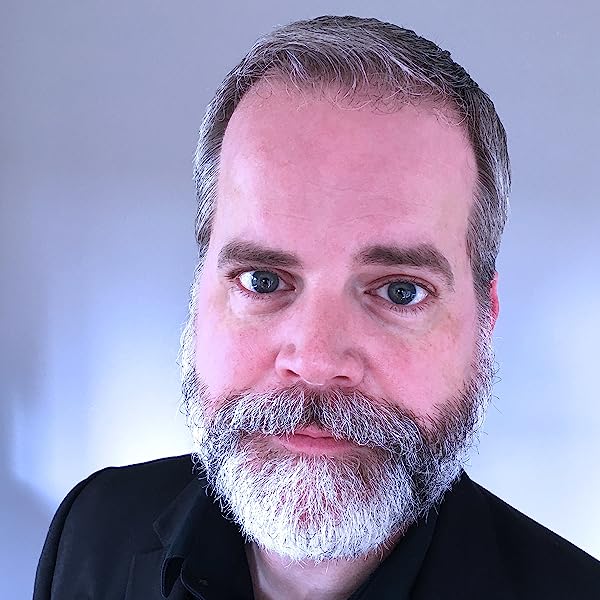 "...nothing less than the great old pulp adventure stories, made new with the considerable modern skills of Chris Roberson." -- Mike Resnick, Hugo and Nebula Award-winning author of Kirinyaga and Starship: Mutiny

"A talented storyteller, [Roberson] has a unique ear, a clever eye, an eloquence all too rare in modern fiction." -- Michael Moorcock, World Fantasy Award-winning author of The White Wolfs Son

Chris Roberson has been a finalist for the Sidewise Award, the World Fantasy Award, and the John W. Campbell Award for Best New Writer. His story "O One," which appeared in Live without a Net(Roc, 2003), won the 2003 Sidewise Award for Best Short-Form Alternate History. His novels include Here, There & Everywhere (Pyr, 2005), The Voyage of Night Shining White (PS Publishing, 2006), and The Shark Boy and Lava Girl Adventures (Troublemaker Publishing, 2005). Roberson is the editor of the anthology series Adventure (MonkeyBrain) and, along with his wife and partner Allison Baker, he is the publisher of MonkeyBrain Books, an independent press specializing in genre fiction and nonfiction genre studies. Visit him online at www.chrisroberson.net and www.paragaea.com.

Start reading Paragaea: A Planetary Romance on your Kindle in under a minute.

3.5 out of 5 stars
3.5 out of 5
14 global ratings
How are ratings calculated?
To calculate the overall star rating and percentage breakdown by star, we don’t use a simple average. Instead, our system considers things like how recent a review is and if the reviewer bought the item on Amazon. It also analyzes reviews to verify trustworthiness.
Top reviews

John Richard Snead II
4.0 out of 5 stars Modern Planetary Romance
Reviewed in the United States on February 24, 2014
Verified Purchase
This is both a wonderfully fun romp and also an excellent updating of the planetary romance genre. Too often, authors look at older genres of SF and believe they need to use outdated science and social ideas to go with the older form. Roberson did something very different. Underneath the romp, there's some excellent worldbuilding and most (but admittedly not all) of the wild SF oddities in the novel are hard SF of a very modern sort, but bended perfectly into the planetary romance feel.
Read more
Helpful
Comment Report abuse

Dr. Colin L. Sheppard
4.0 out of 5 stars ENJOYABLE ADVENTURE
Reviewed in the United States on January 28, 2007
Verified Purchase
I enjoyed Paragaea & hope that Hieronymos,Leela, Balam & Benu are reunited. Unlike Burroughs, the story is well written, scientifically plausible & characters are developed. It lacks the compulsive page-turning end- of-chapter cliff-hangers that I remember from Burroughs at his best, but it is an enjoyable rewarding adventure. Unfortunately, reading ERB as an adult can be disappointing, but one does not need to feel guilty for enjoying Roberson's writing.

This is a worthy companion to Michael Moorcock's "Warrior of Mars" trilogy which also attempts to recapture the sense of adventure & existential freedom in ERB's John Carter books.

I also hope there is a followup to Adventure 1 which he produced.

David Keith
5.0 out of 5 stars Ah, Sweet Adventure!
Reviewed in the United States on November 26, 2007
Verified Purchase
I greatly enjoyed Chris Roberson's X-men novel, The Return. I've had this one on my shelf for a while, and I'm not sure why... it's really a sweet perfect SciFi adventure. Very good all around, and hard to put down. Nice balance of action, world building, characters and plot.
Read more
2 people found this helpful
Helpful
Comment Report abuse

Amazon Customer
4.0 out of 5 stars Excellent
Reviewed in the United States on January 8, 2013
Verified Purchase
Very well written book and fascinating world. The characters were excellent as well- all in all, a very good start to the Buenaventure story line!
Read more
Helpful
Comment Report abuse

BW
1.0 out of 5 stars Planetary? Yes. Romance? No.
Reviewed in the United States on October 17, 2006
Verified Purchase
This novel was very disappointing. The author showed some creativity with respect to the world of Paragaea, but in most other respects the work was unsatisfactory. The characters were wooden, the prose uninspired. I see that the publisher compares this work to that of Burroughs and Brackett, but those authors (in addition to creating exotic planetary scenery) could TELL A GOOD STORY. Here, I guarantee most readers will lose interest in these characters about halfway through the story. That's just as well because ultimately the author leaves most of these largely unsympathetic characters into dead ends, and unresolved or unconvincing conclusions.
Read more
4 people found this helpful
Helpful
Comment Report abuse

Richard R. Horton
4.0 out of 5 stars Fine new take on the planetary romance
Reviewed in the United States on July 1, 2006
This new novel is old again. That is, it is quite explicitly, indeed exuberantly, in the mold of planetary romances such as Edgar Rice Burroughs's Mars books, Alex Raymond's Flash Gordon serials, and Leigh Brackett's work. And, as the author reminds us, the television series Land of the Lost. Chris Roberson also includes buried references to many other SF books, and he grounds his story in at least vaguely (if not very) plausible speculative science. The end result is quite a lot of fun.

The main character is Akilina Chirikov, called Leena, a Soviet cosmonaut who is supposed to become the second woman in space, after Valentina Tereshkova. But her Vostok capsule encounters an anomaly, and she finds herself in another dimension, on a very Earth-like world -- but quite different.

She is quickly captured by intelligent jaguar men, and as quickly rescued by another jaguar man and a human. Fortunately for her, the jaguar man, Balam, and the human, Hieronymus Bonaventure, having little else to do, agree to help her in her quest to find a way back to Earth. She feels she must fulfill her duty to the Soviet people by reporting on this new land.

The rest of the story is a fairly typical quest, taking Leena and her companions around the whole continent of this world called Paragaea. The world is inhabited by many varieties of "metamen": jaguar hybrids like Balam, seal men, crocodile men, etc., as well as humans native to Paragaea and others who came through gates such as Leena. For instance, Hieronymus was a 19th Century British sailor. In rather Vancean fashion, the travellers encounter a wide variety of cultures. They are often forced to fight for their lives. They gather and lose additional comrades, including an immortal android of sorts, a seal man, and a human descended from a group which once ruled Paragaea.

Inevitably they are led to the mysterious city of Atla, perhaps the oldest city on Paragaea. There Leena hopes to find the secret to travel back to Earth, while Balam, it turns out, encounters his long lost daughter. And Hieronymus simply hopes to find a way to stay with Leena. And the reader learns intriguing secrets about the nature of this world.

As I said, this book is a lot of fun to read. It isn't a masterpiece: the prose is a bit uneven, the action is fun but not terribly original, the plot, as typical with quest books of this sort, is slightly rambling. But I enjoyed myself, and I enjoyed and cared for the characters. Roberson has produced some excellent short fiction in the past few years, and this book (his second novel) suggests he will be producing engaging longer works as well.
Read more
10 people found this helpful
Helpful
Comment Report abuse
See all reviews