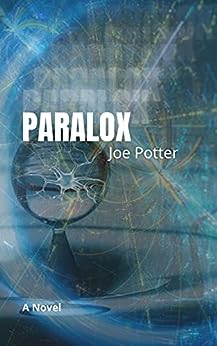 A.M.
5.0 out of 5 stars Bravo Joe!
Reviewed in the United States on June 4, 2021
Verified Purchase
This was such a great story, and gripping! It took me a minute to get going with it, not my usual genre, but once I got started, I couldn't put it down!
Read more
Helpful
Report abuse

Low Key
5.0 out of 5 stars Emotional
Reviewed in the United States on April 9, 2021
This book had my emotions all over the place, especially at the end 🥺🥺🥺.... my heart broke a bit for Seaborn. Thank you for writing this masterpiece.
Read more
Helpful
Report abuse
See all reviews

Doc Su
5.0 out of 5 stars A brillian book from the realms of Orwellian fiction
Reviewed in the United Kingdom on March 20, 2021
Verified Purchase
A brilliant book from the realms of Orwellian fiction, Paralox is a gripping and frequently chilling reminder of the ultimate dangers of accepting a world-order that advocates totalitarian control (think Stalin, Hitler, Pol Pot) as the only way forward: the free-thinking mind seen as the ultimate enemy of humankind.

The story begins slowly, with ideas (philosophical and political), and the speculative science behind inter-dimensional travel and the power of thought, gradually and intricately detailed in the opening chapters. The calm before the storm! Later the pace is breath-taking as the protagonists fight for survival, hindered at every turn by the manipulative machinations of a megalomaniac as he drags humankind toward destruction. With such a broad sweep of action, the author never forgets the supreme importance of portraying individual characters who live and grow as you read. Emmitt, Samantha and Sarah, together with the worlds they exist in, are so convincingly portrayed that from about the mid-point I could hardly bear to put the book down - desperate to know what would happen (physically and mentally) to fictional characters who had become very real to this reader.

There appear to be some typo’s but as a UK reader I’m never sure of the differences between UK and US English. In any event, they should be ignored. Once you are immersed in Paralox all else pales by comparison.
Read more
Report abuse

Katherine Black
5.0 out of 5 stars Fantastic Read
Reviewed in the United Kingdom on April 10, 2021
Verified Purchase
I enjoyed this book very much. The characters are believeable and likeable and the plot keeps you gripped and builds the tension throughout to a superb ending. Looking forward to the next one from this talented author.
Read more
Report abuse

PAH
5.0 out of 5 stars Thought-provoking story
Reviewed in the United Kingdom on April 7, 2021
Verified Purchase
Great book, very exciting. and gripping. Really difficult to put down.
There are some editing issues, but that doesn't spoil an excellent and thought-provoking story.
Read more
Report abuse
See all reviews
Back to top
Get to Know Us
Make Money with Us
Amazon Payment Products
Let Us Help You
EnglishChoose a language for shopping. United StatesChoose a country/region for shopping.
© 1996-2021, Amazon.com, Inc. or its affiliates