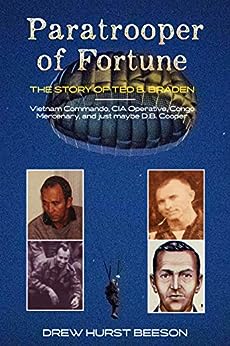 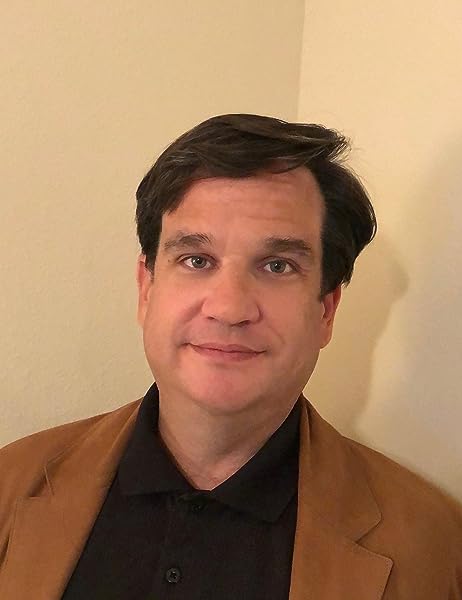 by Drew Hurst Beeson (Author) Format: Kindle Edition
See all formats and editions
Sorry, there was a problem loading this page. Try again.
Read more Read less
Previous page
Next page
Due to its large file size, this book may take longer to download

JL PopulistTop Contributor: Guitars
TOP 1000 REVIEWER
5.0 out of 5 stars D.B.Cooper Revealed.
Reviewed in the United States on December 25, 2020
Verified Purchase
In this book the author reveals details that I haven't heard about other Cooper suspects.
I have watched one recent program on the subject and wasn't convinced.
Mr. Beeson offers a detailed, plausible theory and a suspect that is more believable than any others I have read about. From physical appearance to personality and background, this sure looks like he could be the legendary skyjacker!
The author also examines quite a few other suspects and explains why he doesn't believe they were D.B.Cooper.
This was a fascinating read!
Read more
One person found this helpful
Helpful
Report abuse

4th grade boys' book club
5.0 out of 5 stars Doug Fitzekam
Reviewed in the United States on July 5, 2020
Verified Purchase
Excellent book! Ted Braden is the only Suspect touted so far that had the experience and brains to pull this off! I would only add that I suspect Ted had some help on the ground possibly involving 1 or 2 people. One to help with a car to get away and he left money buried at Tina Bar for another who helped drop him off at the airport. He probably indicated by number of feet and direction from an object where the Tina Bar $ was buried. The person must have gotten cold feet or confused and never got the buried $. It's possible Braden parked a car himself and didn't need extraction help, but needed help dropping off at the airport.
Read more
2 people found this helpful
Helpful
Report abuse

Bruce A. Monson
5.0 out of 5 stars Convincing and to the point.
Reviewed in the United States on July 2, 2020
Verified Purchase
Much like the author’s recent book on the Zodiac Killer, this is a short but informative read that follows a path dictated by logic and verifiable evidence. If Ted Braden was NOT D.B. Cooper, then a better suspect has yet to emerge.
Read more
3 people found this helpful
Helpful
Report abuse

JGNTwain
5.0 out of 5 stars Great DB Cooper Suspect
Reviewed in the United States on July 6, 2020
This book is a very good read with a compelling argument that Ted B. Braden is one of the top suspects in the Flight 305 hijacking in November 1971. Well done with a very reasonable Kindle price!
Read more
2 people found this helpful
Helpful
Report abuse

Darren
5.0 out of 5 stars Must read for DB Cooper fans!
Reviewed in the United States on September 2, 2020
This is a great book. I’ve read over 25 books about DB Cooper and this is one of the best. Well written and well researched. Ted Braden’s story is amazing and Drew does a great job telling it.
Read more

5.0 out of 5 stars Must read for DB Cooper fans!
By Darren on September 2, 2020
This is a great book. I’ve read over 25 books about DB Cooper and this is one of the best. Well written and well researched. Ted Braden’s story is amazing and Drew does a great job telling it.
Images in this review