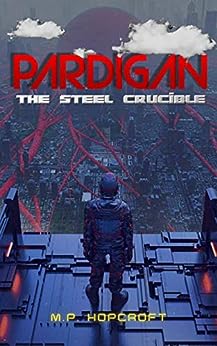 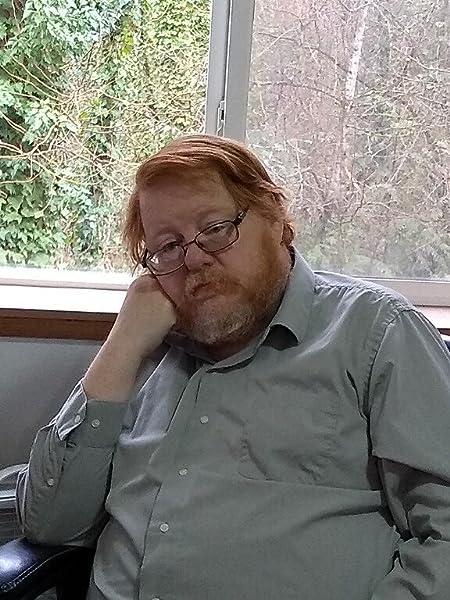 by M.P. Hopcroft` (Author), Joyce Reynolds-Ward (Editor) Format: Kindle Edition
See all formats and editions
Sorry, there was a problem loading this page. Try again.
These are the stories of how an empire began — with one man, one ship, and one galaxy….Andreas Pardigan and his small crew are sent to retrieve a dissolute nobleman and return him to his father, but while they offer him a week before the mast the situation at home changes dramatically. Now Pardigan must somehow deal with a ruthless, intelligent foe who will stop at nothing to bring about the death of his charge...
Read more
Previous page
Next page

M.P. Hopcroft is an author and retired clerk in Portland, Oregon in an apartment next to a small forest with entertaining squirrels in it; He is a great lover of sports and sports games despite a complete lack of athleticism. He is a member in good standing at NIWA (Northwest Independent Authors Association) and a regular at events such as Orycon. He is one of those rarities who identifies as both a "filker" and a "Gamer". In fact, some of his earliest publications were songs about things ranging from Star Trek characters to global tragedies. As with most authors of his generation, what he read or watched was an influenced his writing, much to the annoyance of his first English professor.

In addition to his own writing, forum posting is where much of his writing energy is both collected and expended.

Amazon Customer
5.0 out of 5 stars Very interesting!
Reviewed in the United States 🇺🇸 on February 4, 2021
Verified Purchase
Space opera at it's finest, M. P. Hopcroft is a gem yet undiscovered by the science fiction and fantasy world.
Read more
Helpful
Report abuse

Feisty Geezer
4.0 out of 5 stars Interesting
Reviewed in the United States 🇺🇸 on March 27, 2021
This genre is new territory for me. And while I don't think I'm going to be a huge fan of it, I can't say this story wasn't entertaining.
Read more
Helpful
Report abuse

kitka82
5.0 out of 5 stars A surprising page-turner despite the typos
Reviewed in the United States 🇺🇸 on March 31, 2021
I'm not really interested in sci-fi stories in space or futuristic settings.. But I'm impressed.
I was pulled in and found myself reading to know what happens next until I was suddenly at the end.

The story is descriptive and decently written. I would say well written however there are noticeably errors whether it is a word, typo or simple misspelling.

There are still mysterious parts of the story that I would like to find answers to that the author leaves unanswered. But maybe they do this for the possibility or creating another book to create a series. I would like to read another story that gives further background to the crew of the Fountainhead.
Read more
One person found this helpful
Helpful
Report abuse

Diego Gimar
5.0 out of 5 stars I loved it, I recommend it
Reviewed in the United States 🇺🇸 on March 19, 2021
It has a protagonist with physical issues, devoted to his ship and crew, and deals with questions of redemption and personhood.
Read more
One person found this helpful
Helpful
Report abuse

Ben
5.0 out of 5 stars Sci-fi adventure!
Reviewed in the United States 🇺🇸 on March 19, 2021
This is a creative and entertaining fantasy read!
Read more
One person found this helpful
Helpful
Report abuse
See all reviews
Report an issue
Does this item contain inappropriate content?
Report
Do you believe that this item violates a copyright?
Report
Does this item contain quality or formatting issues?
Report