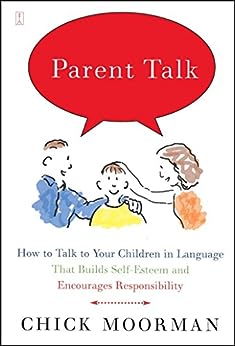 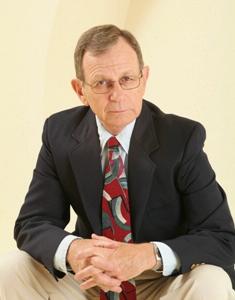 Parent Talk: How to Talk to Your Children in Language That Builds Self-Esteem and Encourages Responsibility Kindle Edition

Chick Moorman is the director of the Institute for Personal Power, a consulting firm dedicated to providing quality professional development activities for educators and parents.

He is a former classroom teacher with over 30 years of experience in the field of education. His mission is to help people experience a greater sense of personal power in their lives, so they can, in turn, empower others.

Chick has four children, two grand children and two Arabian horses. He is an adapt country dancer who loves to two-step and do the west coast swing.

Chick is a regular contributor to The Chicken Soup for The Soul series, having appeared in 5 of The Chicken Soup volumes. He writes a monthly column for 6 parenting magazines including Families First, Metro Kids, Baton Rouge Parents Magazine, Parent Guide, Boston Parents Paper and Positive Parenting.

Chick is also the author of Our Classroom: We can Learn Together, Teacher Talk: What It Really Means, Talk Sense to Yourself, and Where the Heart Is: Stories of Home and Family, all available through amazon.com.

Chick conducts full-day workshops and seminars for school districts and parent groups. He also delivers keynote address for local, state, and national conferences. Contact him at IPP57@aol.com. --This text refers to an alternate kindle_edition edition.

As parents, we hear "I can't" language all too often. It may occur as our child struggles with a long division assignment. It could take place as he attempts to master a new Nintendo game. Or it might be uttered as he works at reading directions for a recipe or instructions on how to build a model airplane. Whenever it occurs, "I can't" language signals an "I can't" attitude toward learning and achieving. Often accompanied by a whiny tone, "I can't" words are connected to "I can't" thinking, "I can't" believing, and "I can't" behaviors.

How do you respond when one of your children looks up from his study table and verbalizes some version of "I can't do it?" What do you say? If you're like many of the participants who attend my parent seminars, you reply with words similar to, "Sure you can, come on, try." Parents believe that if children would just try, they'd eventually prove to themselves that they can.

"Sure you can, come on, try" sounds like helpful parent talk. It is not because, most often it doesn't work. Typically, children respond to our efforts to get them to try with, "I'm trying" or "I tried already."

What children and parents don't realize is that trying doesn't work. Only doing works. Anyone busy trying is not busy doing. Trying is often an excuse for giving up.

A strategic piece of parent talk to replace the "Come on, try" language is "Act as if ... ." The next time one of your children delivers a whiny rendition of "I can't" smile, look him in the eyes, speak from your heart, and give him these three words: "Act as if."

After you've delivered your new parent talk, step back and go to another room. Watch from a distance as your child begins doing. I predict that you'll be pleasantly surprised by the effect of "Act as if." It won't work every time with every child, but it could be the most important phrase you add to your parent talk repertoire this year.

With young children, "Pretend" or "Play like you can" work well. "Fake it" and "How could you do this if you did know?" are effective alternatives with older children.

Sometimes you say "Act as if" and your child starts doing the task incorrectly. Don't worry. You can correct incorrect doing, whereas it's impossible to correct someone who is not doing anything. "Act as if" gets children doing. You can adjust from there. Until they start doing, corrective guidance and feedback are impossible.

"Act as if" is more effective than "trying" because trying implies struggle, while "acting as if" is more playful and less serious. Some children won't try because if they don't succeed they consider themselves a failure. If they "pretend" or "act as if," no stigma or failure is attached.

Not sure "act as if" will work with your children? Not sure you can use if effectively? Why not "act as if" you can? --This text refers to an alternate kindle_edition edition.

Language acquisition isn't just a toddler's job: Moorman takes parenting common sense-the notion that affirming, loving speech is crucial to a child's growth and self-esteem-to the level of a "skills-based program" of parenting language in this earnest volume. In a new introduction (Moorman originally self-published the book), he encourages parents to select a few of his "Parent Talk" phrases and practice them until they come naturally; gradually, they can move on to fluency. Parents, he says, should use language that encourages their child to make choices, learn "response-ability" (healthy responses to challenges and setbacks) and seek solutions-e.g., "How come you picked your grumpy mood?"; "So your dad says you're grounded. How did you produce that result?"; and "I know you can handle it." Some of Moorman's phrases sound extremely awkward, while some familiar ones-"You did a good job"-are verboten. (Praise that evaluates rather than describes or appreciates can make children into "praise junkies" whose sense of worth is dependent on others' compliments instead of their own confidence, Moorman warns.) It would take an extremely conscientious parent to employ all these phrases consistently, but Moorman's basic message of encouraging child empowerment and family solidarity through healthy parental communication is an important one, and many of his suggestions feel right on target.
Copyright 2003 Reed Business Information, Inc. --This text refers to an alternate kindle_edition edition.

Chick Moorman is an inspirational speaker who has addressed more than 300,000 parents and educators. Director of the Institute for Personal Power, he lives in Merrill, Michigan. --This text refers to an alternate kindle_edition edition.

Howard Glasser author of Transforming the Difficult Child Parent Talk adds great dimension to the language of parenting, especially for those parents who want to build self-esteem. Moorman infuses the endeavor with humor, heart, and thoughtfulness. --This text refers to an alternate kindle_edition edition.
Read more

4.7 out of 5 stars
4.7 out of 5
55 global ratings
How are ratings calculated?
To calculate the overall star rating and percentage breakdown by star, we don’t use a simple average. Instead, our system considers things like how recent a review is and if the reviewer bought the item on Amazon. It also analyzes reviews to verify trustworthiness.
Top reviews

Nebula Tech
5.0 out of 5 stars How to be a better parent...
Reviewed in the United States on February 21, 2018
Verified Purchase
My wife and I have read about 8 parenting books, and if you're reading this, you probably have too. Most of them, well they have good tips. This book by Chick is complete. It is all you need. The other books, yeah they have some good methods, but after adopting the Parent Talk method, I've thrown the rest out. This approach is just superior.

We took Chick's Parent Talk course at my child's school. I liked it, but wanted the course as an ebook. This book has a lot more tools than the course. I can't recommend it enough.

What really makes this book different is it addresses how to be a better parent, how to understand and empathize, while still being in charge. The tools in the book are top notch, but equally important is Chick's reasoning. As he says, (I'm paraphrasing) "This tool might not work 100% of the time and that's OK. Whether it works this time or not, I feel good about the person I'm chooing to be when I use this language or this approach."

Thanks Chick for a life changing experience!

Ted L
5.0 out of 5 stars Best Parenting Book Yet !! My daughter is proof .....
Reviewed in the United States on June 2, 2016
Verified Purchase
I have read several books on child development and parenting, this one was my guide over most of them. I was able to stop whining literally in 2 days! I've used this material since I met Chick when my daughter was 4 years old, I now have a super awesome, empowered and contributing 12 year old daughter who is amazing. I attribute a lot to my ability to use words and methods that are both firm and kind, build character, and not attack the child's spirit in the name of discipline as I so often witness. I can't recommend this book enough, check it out!!
Read more
2 people found this helpful
Helpful
Report abuse

RabbitTop Contributor: Photography
5.0 out of 5 stars very helpful book
Reviewed in the United States on April 27, 2007
Verified Purchase
My life was a syntax error before I read this book. I have an older child that I had no troubles with whatsoever, and I was afraid my youngest was a "problem child". Thanks to Chick Moorman, I found out he is NOT a problem child at all, he just responds to the type of language that Moorman explains in the book. It does make a huge difference. If you're having troubles with your kids, this book could change your life.
Read more
5 people found this helpful
Helpful
Report abuse

Anna O.
5.0 out of 5 stars I love this book
Reviewed in the United States on December 27, 2015
Verified Purchase
Buy this book if you interact with children on any level. If you are a parent, or a caregiver, or even a grandparent. This is a great way to talk to children to help them feel empowered.
Read more
One person found this helpful
Helpful
Report abuse

Paige's Mom
5.0 out of 5 stars easy quick read
Reviewed in the United States on March 9, 2013
Verified Purchase
This book gives great tips on how to quickly and effectively work with a stubborn child. I like that it's broken up fairly easily so you can pick it up, read a little, and set it back down without really losing focus when you return...who with more than one kid has time to read chapter after chapter?
Read more
Helpful
Report abuse

Paul Hooven
5.0 out of 5 stars Super useful tips
Reviewed in the United States on January 17, 2017
Verified Purchase
Loved this book and plan to reread it to keep it fresh in mind as my children grow up. Tons of useful tips that help you to think about the effect your speech has in your children.
Read more
Helpful
Report abuse

Susan R. Ventura
5.0 out of 5 stars great book
Reviewed in the United States on January 15, 2014
Verified Purchase
Lots of ideas that I truly never thought of...even good for adults. I would suggest every household with children have this book
Read more
Helpful
Report abuse

Jennifer Stearns
5.0 out of 5 stars So simple. So useful.
Reviewed in the United States on February 4, 2017
Verified Purchase
Simple and easy to follow. My kids responded to this right away.
Read more
Helpful
Report abuse
See all reviews

Linda R
5.0 out of 5 stars Wonderful author
Reviewed in Canada on January 17, 2017
Verified Purchase
Great book with great advice for positive parenting. This book has some humour which is a nice touch. The end kind of blew me away.
Read more
Report abuse
See all reviews
Back to top
Get to Know Us
Make Money with Us
Amazon Payment Products
Let Us Help You
EnglishChoose a language for shopping. United StatesChoose a country/region for shopping.
© 1996-2021, Amazon.com, Inc. or its affiliates