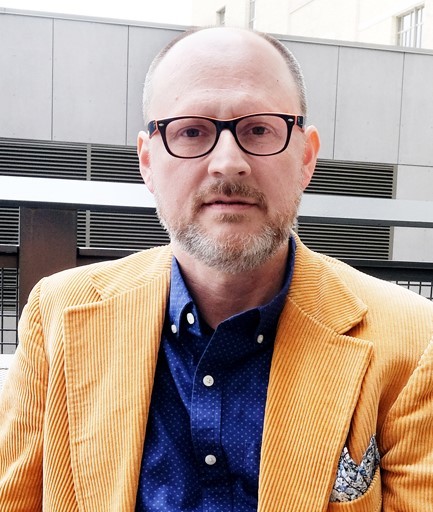 Paris Under Water: How the City of Light Survived the Great Flood of 1910 Hardcover – January 5, 2010

As the primary conduit for goods and people, the Seine helped turn Paris into a thriving commercial center. But the river also brought destruction and death through periodic winter flooding. Important efforts were made in the 19th century to regulate the river, but a key proposal to raise the level of the quay walls was botched. By the second week of 1910, water from rising rivers washed through and wreaked havoc on villages upriver from Paris. By January 22, Parisians were forced out of homes; the river and the warehouse district of Bercy was particularly devastated and with it the city's precious wine supply. Water from the Seine was carried by the Métro into other areas on the right bank, but Parisians rallied. They established wooden walkways while soldiers rescued people from the water and prevented looting without occupying the city. Enlivened by period photographs of a flooded Paris, this is a capable, well-researched history of a modern city's battle with nature, but Rhodes College history professor Jackson's attempts to make connections with recent events like Katrina or the suburban Paris riots are tepid. 17 b&w photos. (Jan.)
Copyright © Reed Business Information, a division of Reed Elsevier Inc. All rights reserved.

"It’s hard to imagine a more thoroughly researched history of the Paris, France, flood of 1910 than PARIS UNDER WATER by Jeffrey H. Jackson.  With the national debate roaring on whether post-Katrina New Orleans should be rebuilt, PARIS UNDER WATER offers the definitive answer of yes.  A truly first-rate book." --Douglas Brinkley, author of The Great Deluge:Hurricane Katrina, New Orleans, and the Gulf Coast

"PARIS UNDER WATER is a riveting account of a natural catastrophe that struck Paris in 1910.  Going far beyond the boundaries of environmental or urban history, it draws on an exceptionally wide array of sources to offer the reader a meticulous, yet rich and personal, reconstruction of what the great flood felt like to contemporaries, what it revealed about social tensions and solidarities, and what it signified on a broader historical scale.  Jackson has succeeded masterfully in telling a fascinating story in a way that any reader will find utterly irresistible, while applying insightful and erudite scholarly analysis in a way that sheds light on a great city’s social, economic, and cultural life.  A tour de force of scholarship and brilliantly creative craftsmanship." --Michael D. Bess, author of Choices Under Fire:Moral Dimensions of World War II

"Before New Orleans, there was Paris.  The Great Paris Flood of 1910, which paralyzed the world’s most modern city and caused over a billion euros (by today’s standards) worth of damage, provides a fascinating study of physical and social devastation and human survival.  Jackson blends the vivid details of the flood--exploding sewer covers, disintegrating streets--with the wider historical context, from the Commune of 1871 to World War I, and the psychology of disaster.  Modernization itself contributed to Paris’s destruction.  But, as Jackson concludes, in the end Paris survived the flood because it was a functioning human community, not because it was a modern metropolis.  Any student of history or lover of Paris will want to read this book." --Sarah Smith, The Knowledge of Water, a New York Times Notable Book of the Year

"Fascinating work, important story, beautifully told. Jackson tells us about a little-known flood of a well-known city, Paris. He weaves seamlessly together the political and cultural significance of the flood, all while engaging the reader with stories about what the flood meant for everyday life. A fine achievement." --Lee Clarke, author of Worst Cases: Terror and Catastrophe in the Popular Imagination

"Narratives of natural disasters often show swift and all-consuming devastation, but PARIS UNDER WATER is a story of waters rising.  Set against the backdrop of the world’s most beautiful city, the Seine itself is at the center of the story ­ from its role in making Paris a modern city to the day in 1910 when Parisians stood on its banks and watched it climb several feet a day, carrying debris from flooded towns in the countryside.  Through Jackson’s deft storytelling and first-hand accounts, we see the terror of watching a disaster slowly, methodically drown a city and a community’s fight to survive it." --Molly Caldwell Crosby, An American Plague: The Untold Story of Yellow Fever, The Epidemic That Shaped Our History

"Stories about Paris have left us with a rich profile of a city at the vanguard of political action and cultural life.  Yet Jeffrey H. Jackson’s new book muddies these familiar waters.  His gripping account of the 1910 flood recounts the highs and the lows of what happened when water “shorted out” the city of light.  With a knack for the diversity of human response to disaster and the historian’s eye for the telling detail, Jackson draws our attention to how nature interacts with our greatest of human-wrought environments:  the metropolis.  This book not only is an important tale, worthy of being told but it also will open the door to reconsiderations of the interaction of technology and the environment in ways that are vitally relevant today." --Vanessa R. Schwartz, It’s So French: Hollywood, Paris, and the Making of Cosmopolitan Film Culture

Jeffrey H. Jackson is Associate Professor of History and Director of the Environmental Studies and Sciences program at Rhodes College in Memphis, and has researched in the Parisian archives for over ten years.  He was recently honored as one of the top young historians in the US.  Based on his first book Making Jazz French, he was a consultant for the documentary "Harlem in Montmartre:  A Paris Jazz Story" on PBS.  He lives in Memphis, Tennessee.
Read more