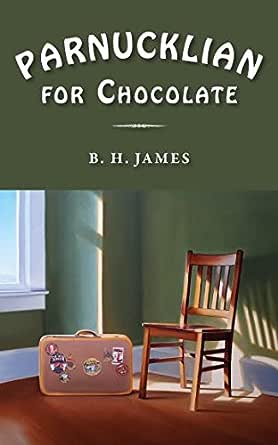 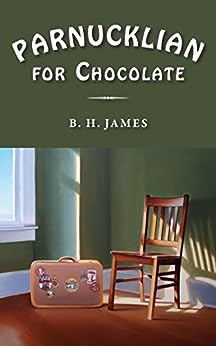 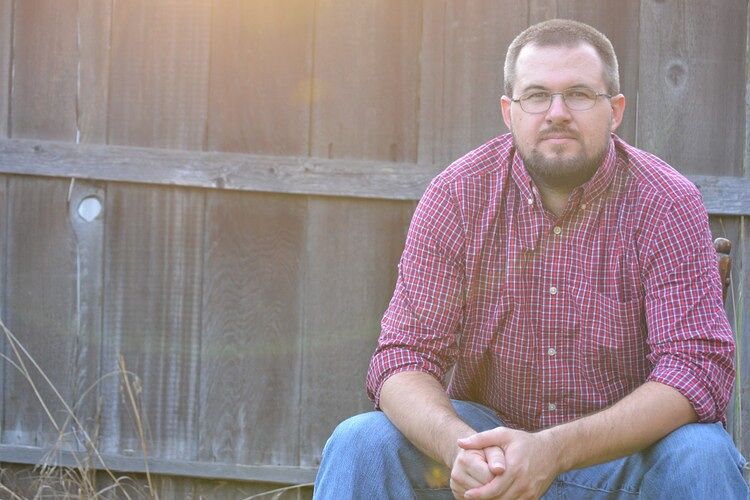 The gradual awakening of a teenager whose mom protects him with a fanciful story reveals an unnecessarily cruel world. Josiah grows up believing, as his mother tells him, that he is the product of an alien abduction from the planet Parnuckle, whose inhabitants eat chocolate, never sleep, and don't need to bathe. But when he and his mother move in with her new boyfriend, Johnson Davis, Johnson grows concerned about Josiah's abnormal development-- particularly after his daughter Bree, a rebellious teenager, crawls into bed with Josiah and begins to figure in his fantasies, to the alarm of both parents. Josiah clings to the story of Parnuckle, now a place to which he and Bree plan to escape, even as his new stepfather tries to convince him that the planet isn't real. Tantalizing hints surrounding Josiah's mother's background aside, her absence as a complete character--her name is never even revealed--makes her stories that much more puzzling. Her inability to take responsibility for her son's problems tears the family apart more permanently than Josiah's bad behavior. (Mar.)  -Publishers Weekly

Sixteen-year-old Josiah is special. His father, a space alien, is the Keymaster of Gozer, a high position on the planet Parnuckle. Or so his mother has always told him. Routinely announcing this, the boy has socialization problems at the several schools he attends, and things don’t get any better when he and his mother move in with the mother’s fiancée, Johnson Davis, and Josiah falls in love with Johnson’s troubled daughter, Bree. In the meantime, Josiah decides his real mother is the singer Cher, who is a goddess on Parnuckle! A classic naïf, Josiah is reminiscent of Chauncey Gardner in Jerzy Kozinski’s satirical novella, Being There (1970). First novelist James seems to have similar satirical intent in his treatment of family and the condition, in Josiah’s case, of being an outsider. James’ deadpan, affectless style underscores that intent and adds a leavening of humor to his wacky premise. Though the novel falls apart at the end, the story is engaging and sufficiently offbeat to hold the reader’s attention throughout. --Michael Cart --This text refers to the paperback edition.

B.H. James was born and raised an only child in Galt, California. He attended Catholic schools and had a dog named Pepsi. He went to Cal Poly, San Luis Obispo where he majored in Sociology, which was slightly useless as he mostly took creative writing courses. He took too long to graduate, mostly due to his preoccupation with pursuing a career in amateur rodeo. Somewhere in his late twenties, he got tired of driving to and fro throughout the country catching steers, so he took a job teaching high school English in the International Baccalaureate program in Stockton, California, finding there his two loves: teaching and his wife, Liz, a fellow English teacher. B.H. holds a Master&;s of Fine Arts in Creative Writing from the University of Nebraska. It was there that Parnucklian for Chocolate, B.H.&;s first novel, began to take shape. B.H. currently lives in Lodi, California with his wife, baby boy, and their cats Rooster and Mike Tyson.
--This text refers to the paperback edition.
Read more

Amazon Customer
5.0 out of 5 stars Amazing!
Reviewed in the United States on March 4, 2013
Verified Purchase
Parnuklian For Chocolate is an amazingly complex and relatable story that appeals to the inner alien in all of us! Raised by a pathological young single mother, Josiah is led to believe that his father is an alien from the planet Parnuckle, where they eat nothing but chocolate. Josiah's mother continually tells Josiah that he is not like other children, as he is far more special. Her constant deceptions, irrational sheltering, and refusal to deal productively with problems that arise throughout Josiah's childhood result in an extremely naive 16 year old who doesn't quite fit in and appears to have little grounding in the real world. When Josiah and his mother move into the house of Johnson Davis and his troubled daughter, Josiah relies heavily on the fantasy of Parnuckle and his alien father, but events quickly spin out of control and Josiah crash lands in reality.
BH James is a master storyteller and Parnucklian For Chocolate is a must read!

FierceDeityMomo
5.0 out of 5 stars Absolutely incredible!
Reviewed in the United States on March 27, 2013
Verified Purchase
This book is one of the best I've read in years. Allows you to truly see the world through different eyes. It has just enough whimsy to keep you entertained without crossing the boundary to ridiculousness, while captivating the reader in a social setting you may be familiar with. Excited to see what else B. H. James has in store for us!
Read more
One person found this helpful
Helpful
Report abuse

Juan
5.0 out of 5 stars My favorite book!
Reviewed in the United States on March 25, 2013
Verified Purchase
This book was written by a teacher at my high school school and I have to say that I was not disappointed by his work whatsoever. It is a fantastic read and recommend it to anybody who loves reading good books!
Read more
One person found this helpful
Helpful
Report abuse

kathryn greco
4.0 out of 5 stars Great Easy Read
Reviewed in the United States on May 3, 2013
Verified Purchase
Still reading !! I haven't finished reading but like everything I am reading so far. Not at all what I expected but then again I wasn't sure what to expect. I would recommend this easy read.
Read more
Helpful
Report abuse

Monica Cole
5.0 out of 5 stars A Wonderful, Strange Book. Highly Reccomended!
Reviewed in the United States on September 3, 2013
The characters are fantastic, but very strange. Some characters, like Josiah, we know a lot about, while others, like his mother, we know very little about. We never even learn her name. What is so unique about the characters in this book is that you know about them only what Josiah knows. Our experience of any of them is entirely his. We have little to no extra knowledge.

The plot is good. I would say that of my triad (characters, plot, writing) this one will have to be my least favorite, though it is in no way bad. That's how good this book is! The book is less of a story, and more of a journey. Through out it, questions will continually come in to your mind, and they will very slowly start to be answered. Questions like: Is this scifi, or is Josiah just crazy. Is Josiah crazy, or his mother, or both? Later it will simply be: Is every character in this book TOTALLY INSANE?! Then it will calm down, and you will ask yourself: Why? Why did all of that happen?

The writing is by far the best part of this book. Some parts of it are arguablly incorrect grammatically, but I didn't care. This is a first for me. I get annoyed at the absence of the Oxford comma! A sentence (this is not actually from the book, it is just a sentence that could have been in the book), such as this one would normally drive me crazy: Johnson Davis and Josiah's mother took Johnson Davis' car to the store while Bree and Josiah stayed behind in Johnson Davis' house. But instead, it was a big part of what I loved about the book. It gave it a voice that was incredibly unique, and it made the characters different. Josiah's mother is only ever refered to as Josiah's mother, and Johnson Davis is always Johnson Davis.

Robert Clark Young
5.0 out of 5 stars Wonderfully Entertaining
Reviewed in the United States on March 25, 2013
This is a remarkable debut novel with a fanciful premise that becomes more and more enthralling as the story progresses. If you read the premise in a one-line description, you might think "That sounds really far-fetched." But James pulls it off with drama, flair, great humor, and persuasive realistic writing--so that you not only come to believe wholeheartedly in everything that's happening, but you begin to cheer the story on, as though you yourself have become a character in it. Then, the outcome becomes absolutely vital to you. I strongly recommend this wonderfully inventive and engaging novel.
Read more
One person found this helpful
Helpful
Report abuse

Ashlie Yoakum
5.0 out of 5 stars Pizza dough
Reviewed in the United States on April 14, 2013
This book is such a delight! Great change of pace from the serious adult novels I find myself purchasing because they were on a must read list. This book should be in a must read list! It brings me back to my childhood and if night my imagination which truest is thankful while being a parent of a two year old :) I wish a book like this was on my high school reading list I probably would have enjoyed high school a bit more. It a breath of fresh air to those old tried and true stuffy novels and even entertaining to break apart and analyze. I truly hope this book makes it into every class room :)
Read more
One person found this helpful
Helpful
Report abuse

ENOJ
5.0 out of 5 stars If you love Vonnegut, Saunders, Barth, you'll love James.
Reviewed in the United States on March 1, 2013
This book is the epitome of postmodern absurdism. The choices made demonstrate such craft, it blew my mind. It reminded me strongly of Vonnegut's style and abilility to reveal the absolutely right detail. "Parnucklian" was always funny, always tantalizing, I was always immersed, and ultimately, it was heart-breaking. It is a quick, wonderful read. I can't recommend it highly enough to do justice.
Read more
4 people found this helpful
Helpful
Report abuse
See all reviews
Back to top
Get to Know Us
Make Money with Us
Amazon Payment Products
Let Us Help You
EnglishChoose a language for shopping. United StatesChoose a country/region for shopping.
© 1996-2021, Amazon.com, Inc. or its affiliates