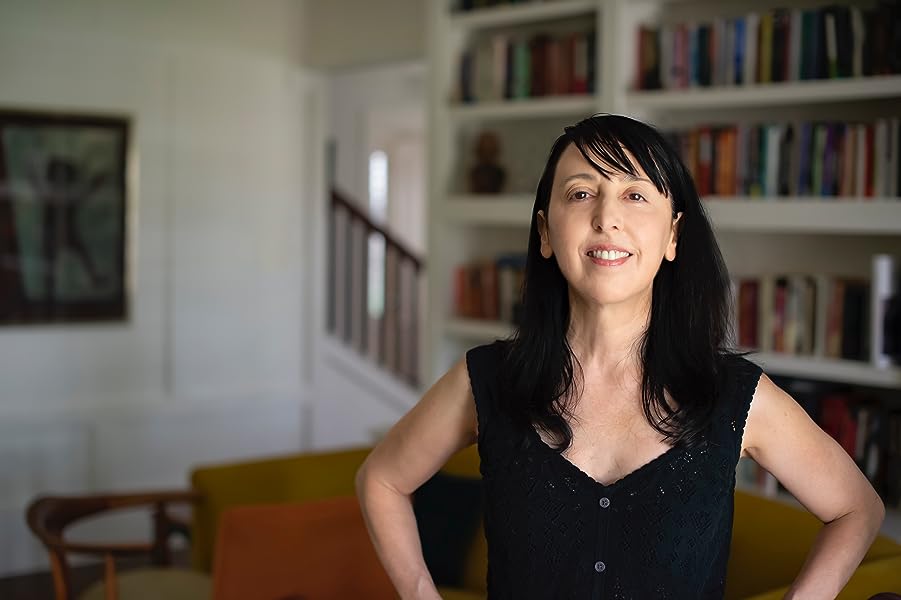 Praise for I, Parrot by Deb Olin Unferth and Elizabeth Haidle

"[Unferth's] language is sly and bitterly funny, matched in mood by Haidle’s monochromatic, inkwash-style artwork, which plays up the story’s whimsy as well as its sadness." ―The New York Times Book Review

"I don't know anything about birds, but I do know good comics, and this is one." ―Vulture

"Unferth dexterously juggles pathos and humor in her debut graphic novel, an intimate and contemplative reflection on the slow revelatory dawning of what it means to care for something―or someone. . . . Unexpectedly funny, sad, scary, affirming and totally engrossing." ―Publishers Weekly (starred review)

"Haidle brings more than just design expertise. Her simple, crisp grayscale images set the tone for the story: a dreamlike softness evoked by the mid-20th century modernist cartoon figures, overlaid with the textural complexity of watercolor, but stripped of color." ―Multiversity Comics

“A lovingly crafted world of gray, at once complex and weightless.” ―Roman Muradov, author of Lost and Found

“Unferth excels with a wry, self-deprecating voice that propels the tale forward...Unferth's prose is a pleasure to read.” —Publishers Weekly

“Unferth surely can write...You find yourself re-reading descriptions…simply for the pleasure of the language.” —Chicago Tribune

“This is a very funny, excoriatingly honest story of being young, semi-idealistic, stupid and in love. If you have ever been any of these things, you'll devour it.” —Dave Eggers

“There is something in Unferth's combination of spare language and intelligent observation, her darts of emotional insight shooting through a highly personal screen, that is reminiscent of Joan Didion. That's a lot to live up to, but the two writers share a sense of beauty and loss and get something on the page that implies something else just out of reach.” —Los Angeles Times

“Unferth writes with a sly, understated appreciation for the absurd…A dryly humorous memoir of love, travel and wide-eyed idealism.” —Kirkus

“As wild and gnarly as this tale of youthful hubris is, Unferth's prose remains as sure and slicing as a machete, clearing a path through a jungle of emotions. As Unferth revisits the appalling civil wars of Central America in her rueful and intoxicating account of a mad adventure and crazily improvised rites of initiation into selfhood, she creates a memoir of unique lucidity, wit, and power.” —Booklist

“Hers is a bildungsroman for the Believer set… impossible to dislike…The jokes are crisp and understated, the sentences clean and knapped.” —New York Observer

“Revolution calls itself a memoir, but Deb Olin Unferth's tale of dropping out of college to join the Sandinista revolution is something altogether stranger and more dazzling.” —Time Out New York

“Unferth's application of her imagination to her subject…evokes what David Foster Wallace refers to as 'the click,' a feeling one gets when reading work that's firing on all cylinders.” —Christopher Sorrentino, Bookforum

“Deb Olin Unferth is one of the most daring and entertaining writers in America today. She is an artist who knows that every sentence is an opportunity to have it all music, invention, narrative drive and hers most definitely do. This novel is tricky, odd, unnerving, Hilarious, and ultimately quite scary, not to mention very, very moving. We may or may not deserve this Vacation, but we are lucky to have it.” ―Sam Lipsyte

“Wonderful, addictive prose. Ms. Unferth sure knows how to turn a phrase and it's a delight to follow her across the American landscape.” ―Gary Shteyngart

“Deb Olin Unferth is, I believe, one of the crucial literary artists of her generation. Her fictions give evidence of an artist determined to speak about the remarkable, who manages with exactitude all elements necessary to produce the well-made, eccentric object. Her vision evokes high comedy and the violence of tragedy heard through voices exquisitely particular to her mind.” ―Diane Williams

“Elizabeth Haidle is a master…[she] embellishes nature with a mad scientist flair. We have gorgeous works like this one to set our imaginations whirring.” —Phantasmaphile

“[Mind Afire is] more of an illustrated biographical essay. It works because the art is so gorgeous and Nikola Tesla's life was so bizarre and colourful”. —Confessions of a Science Librarian

Deb Olin Unferth is the author of four books, including Wait Till You See Me Dance and Revolution, a finalist for the National Book Critics Circle Award. Her fiction has appeared in Harper’s Magazine, The Paris Review, Granta, and Tin House. She lives in Austin, Texas.

Elizabeth Haidle is a freelance artist based in Portland, Oregon. She is the creative director and regular contributor at Illustoria magazine, while writing and illustrating a nonfiction graphic novel series and raising her teenage son.

W. Etter
5.0 out of 5 stars A reminder of the things that truly bring joy
Reviewed in the United States on November 5, 2017
Verified Purchase
The cover instantly hooked me and the insightful tale—deftly illustrated—kept me captivated. After reading the last page, I immediately turned back to admire the illustration again. There are multiple knowing, playfully haunting pages I want to frame. I’m thrilled I discovered this before the holidays. It’s the perfect gift.
Read more
Helpful
Comment Report abuse

Amazon Customer
1.0 out of 5 stars Irresponsible.
Reviewed in the United States on July 10, 2018
QUIT PERPETUATING THE MYTH THAT ANIMALS RAISED AS PETS BY HUMANS CAN SURVIVE ON THEIR OWN. ESPECIALLY WHEN THEY ARE RELEASED OUTSIDE THEIR NATURAL ENVIRONMENT. IT JUST DOESN'T HAPPEN.

Synopsis: Daphne is the type of irresponsible person who makes anyone who trusts her with anything regret it. This story only makes that all too clear. if you're looking for a story of redemption and change, this isn't it. If you feel you must read the book, please go to the library and read it there. Don't waste your money.

***SPOILER ALERT***
If you don't want to know what goes on stop reading right now.

The story ends on a high note only because reality is about to come crashing down hard on Daphne. If she doesn't get her son to his father before she's required to, he is going to put out an Amber Alert on her. The son will be found in a stolen vehicle with his mother and her boyfriend, the car thief. She will lose all custody of the boy for that and after complaining about having joint custody of her son in the beginning of the book. She's already jealous of her ex-husband who grew up, got his act together, got a job, got married, and worst of all, moved on with his life. While she was unemployed, not paying rent on her apartment, and not growing up.

When she does get a job as a recording assistant for a self-help guru, she knows she needs to keep it for at least six months to get more visitation with her son and strengthen her joint custody claim. The self-help guru goes on a book tour, foolishly leaving Daphne in charge of her house and birds. Something Daphne has no experience in but volunteered to do the job because of the money. That's fine. Lots of people have taken jobs they have no experience in. That's called a learning opportunity. But Daphne sucks at taking care of 42 birds and she should have realized she was incapable of taking care of them before she agreed to it. It was only for two weeks though so should have worked out. Instead, the birds get mites, her son gets mites, Daphne panics, and instead of removing the boy from the house, she removes the birds and boy. Like that will help anything. Her landlord sees an opportunity to have some revenge for 6 months of unpaid rent and kidnaps the birds. Daphne steals them back from her. Then, instead of returning them to the house, she does the cruelest thing she can to them.

Which leads to more reasons why she is going to lose all custody of her son. In almost every city in America, it is illegal to let loose your pets. That doesn't just apply to cats and dogs but all pets. It is animal cruelty to not care for them. When Daphne found she could not care for the birds, she should have taken them to an animal shelter or the guru's vet to care for them until the guru got back from her tour. Not release the birds into the city to survive on their own. Even if the guru doesn't have her arrested for the grand theft of $100,000 worth of rare parrots, she most likely will sue her for the lost of the birds. The city will fine Daphne for multiple counts of animal abuse. Remember, those parrots are sick now so there will most likely be charges for their collection and destruction (hopefully not) because they're spreading disease to other animals. And of course, she'll be out of a job once again. Most likely homeless as well. Try convincing a judge to give her any time with her kid then.

So it's good the story ends on that high note of driving off into the sunrise in the stolen vehicle with her son by her side. Because it's all going downhill from here.

Sarah J Parker
5.0 out of 5 stars Dreamy Illustrations!
Reviewed in the United States on November 4, 2017
I loved this book and got lost dreamily in the illustrations.
Read more
Helpful
Comment Report abuse

Margo
5.0 out of 5 stars Lovely and compelling.
Reviewed in the United States on October 30, 2017
This book was beautiful and the illustrations were amazing. The story was so tense – I couldn't put it down!
Read more
Helpful
Comment Report abuse
See all reviews from the United States