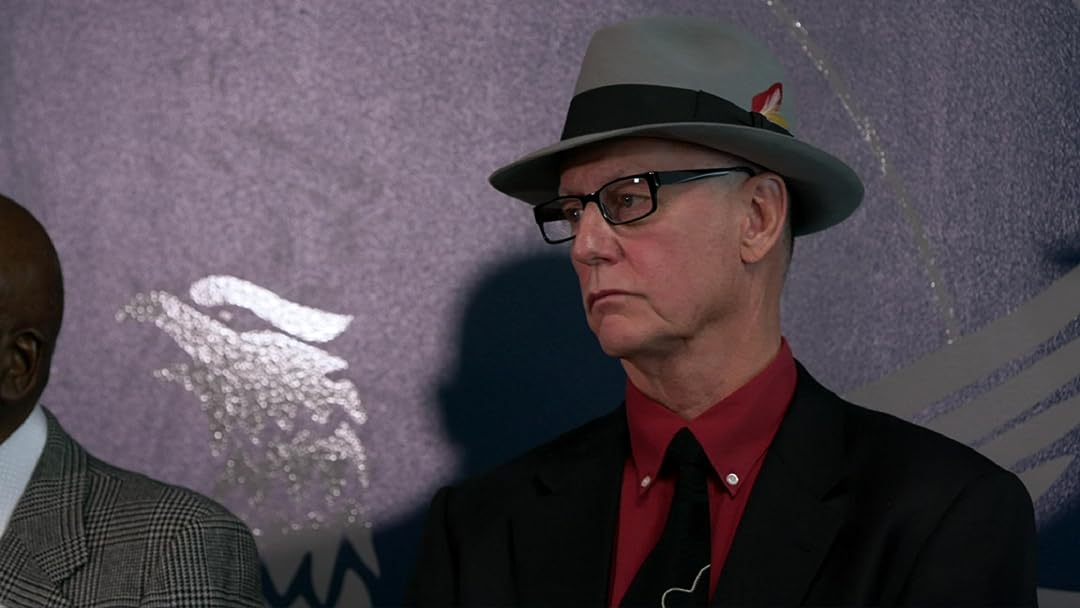 Season 1
(45)
2020TV-MA
This docuseries will offer a never-before-seen look at the killings of at least 30 African-American children and young adults in Atlanta.

Eric MReviewed in the United States on April 23, 2021
5.0 out of 5 stars
Wayne Williams is guilty
Verified purchase
Interesting

A'lyce A.Reviewed in the United States on May 4, 2020
5.0 out of 5 stars
An OUTSTANDING documentary.
Unfortunately in the case of the Atlanta Child Murders from 1979 to 1982. All of the law enforcement agencies working on the case, such as the Atlanta Police Department, Georgia Bureau of Investigations, and Federal Bureau of Investigations. Had different suspects for each murder or the same suspect for one or more of the murders but did nothing about it and said nothing about it. Pedophiles Tom Terrell, David Wilcoxen, James E. Brooks, and Calvin Smith of Atlanta were either witnessed with one of the children or witnessed actually killing one of the children and was never charged by law enforcement. Ku Klu Klan members Don W. Sanders, Charles T. Sanders, and Jerry Sanders of Atlanta were witnessed around or chasing home one or more of the murdered children, even bragged to other people about killing some of the children but was never charged by law enforcement. Joe Jackson Jr. of the Georgia Bureau of Investigations warned the Sanders brothers that they had evidence against them in some of the child murders, then he himself destroyed the evidence and none of them were ever charged by law enforcement. It is also unfortunate that Wayne B. Williams was the only man charged in connection with the Atlanta Child Murders. Wayne B. Williams is NOT an innocent man. Wayne B. Williams did not act like an innocent man then in 1981 and still doesn't now in 2019. Who drives that slowly in the middle of the night (3am) over a bridge and when stopped by the police tells them he is visiting a woman house who doesn't exist, what person knows that they are a suspect in a murder case calls a press conference accuses the mothers of bad parenting and hands out his resume to reporters. Wayne B. Williams behaved like a narcissist, got off on the media attention, and has never came across to me as an innocent man. He doesn't even come across as an innocent person in any of the documentary interviews he has done over the years, that I have seen about the Atlanta Child Murders. Wayne B. Williams killed someone, but who and where we will never know. There needs to be a investigation by the city of Atlanta and a documentary done on the Atlanta Police Department, Georgia Bureau of Investigations, and Federal Bureau of Investigations actions in regards to the murders of these children in Atlanta from 1979 to 1981. Young children and young men were being murdered killed and law enforcement had all this evidence against other people/suspects, eye witness statements, and audio tapes of admissions of crimes but DID NOTHING. It just breaks your heart.
This documentary was well directed and very informative, good job HBO.
8 people found this helpful

MReviewed in the United States on July 11, 2020
4.0 out of 5 stars
It's 8 o'clock, do you know where your children are?
Well done crime documentary in many ways. Oh boy, the GBI really screwed up this case on so many levels. It's terrifying to think how poor crime scene investigation was back in the 80s. The first three episodes focus on the crimes, the bodies, the families, and the love a community has for their young. Really captivating and full of excellent interviews and heartbreaking crime scene pictures.

I was a child in Atlanta at this time and I remember how truly terrifying it was as children kept disappearing. Who could be doing this? I remember the trial for Wayne Williams and always believing he was guilty. Boy, that fiber testimony was so convincing! The forth episode went into the events of the trial and evidence, and again the documentary did a very good job, interviewing the lawyers and parents and reporters from the time. While I felt like I knew the case, there was much information that I didn't know and I felt on the edge of my seat watching.

What shocked me the most was the final episode. Oh my word. I don't believe Wayne Williams would be in jail today if the information revealed in that final episode was covered in the trial. I'm looking at you GBI--you know what y'all did. Just wow. I don't want to give spoilers, but if you're into true crime stories, this is one to watch.

I've learned over the years that documentaries are not always balanced and most of them have a slant they want you to lean into. This series did a good job of showing all the different views without trying to manipulate the verdict of the viewer, with the exception that the revelations of the 5th episode were so unexpected. I could see someone walking away before that episode with their mind made up. I wished they had hinted at the GBIs secret task force sooner. Ugh, and also the FBI crime lab--holy smokes--these families have been robbed of true justice. For the families who lost loved ones--my heart is with you all. I'm so sorry for your loss. Thank you for being vulnerable and sharing your stories. I'm sorry Atlanta failed you and your babies.

Steena LynnReviewed in the United States on May 4, 2020
5.0 out of 5 stars
A near perfect defintion of a great documentary!
An in depth, well researched doc with lots of images and film footage of the time during the Atlanta child murders. There are so many ways you can view it, it's left to your own opinions. This was a fairly non-biased film focusing on the possible people who may have been a part of these murders as well Wayne Williams. I'm glad I was able to see all of the 5 part series. In the past I loosely believed Wayne Williams murdered 30 children but that doesn't seem likely anymore, not all of them. See for yourself.
BTW: Why are there only 6 reviews? This must be watched, especially for anyone into true crime.
3 people found this helpful

MichaelReviewed in the United States on October 17, 2020
3.0 out of 5 stars
A mixed presentation
A black-centered perspective on the killings of young black men and boys in 1980s Atlanta. I've seen other documentaries on this case, which were undoubtedly made by white producers and directors, so revisiting the story from a black point of view was an eye-opener for me, and I recommend it on that basis alone. There is also lots of really good archival material and interviews with people close to the case. The chronology is somewhat jumbled up though. They randomly insert clips about Wayne Williams' boyhood and family background, and show people at church-led meetings weighing in on his guilt or innocence before they even explain how it was that Williams became a suspect in the case. Likewise, we see Williams defending himself from prison, telling how he was scapegoated by the law, before we see what happened at trial. Maybe the producers are assuming that you already know a lot of that, but still, I think it would have been better if they had presented the information in a more chronological way.

Matthew PinkertonReviewed in the United States on May 4, 2020
1.0 out of 5 stars
NOTHING NEW
While this series will certainly be of interest to the uninitiated, anyone who has done any reading on the case will find precious little new or noteworthy here. The facts of the case are powerful, gripping, and unbelievably sad. The rest is mere speculation. Some interesting theories are put forward, but none of them are ever fleshed out. Assuming the city of Atlanta is still investigating the untried murder cases, it will be interesting to find out what they discover. This documentary should have waited until that happened.
6 people found this helpful

tadReviewed in the United States on April 9, 2020
5.0 out of 5 stars
Good to see these cases revisted...
Whether Wayne Williams is guilty or exonerated if DNA is still available to test it should be done, he was convicted of 2 adult murders, he was never connected to the girls who went missing or murdered, tossing the cases to the side and blowing them off or putting them on one person without proof is not justice for the families, the city of Atlanta is obligated to investigate thoroughly and accurately, that is what the current Mayor is aiming to do in the docuseries.
4 people found this helpful

lorraine blackReviewed in the United States on May 2, 2020
4.0 out of 5 stars
Well presented.
A sad and frustrating story about child murders in Atlanta Georgia. I felt that possibly, because of the time, that a lot of evidence was lost or the technology just wasn't there at the time. It was fascinating, and frustrating to watch this series. It was sad that it took so long for investigators to set the trap that finally caught the most likely suspect. I just wanted them to find the guilty person and it be done before another child would go missing. In the last episode they answered the one question I kept yelling at the screen. Definitely kept my interest to the end.
4 people found this helpful
See all reviews
Back to top
Get to Know Us
Make Money with Us
Amazon Payment Products
Let Us Help You
EnglishChoose a language for shopping. United StatesChoose a country/region for shopping.
© 1996-2022, Amazon.com, Inc. or its affiliates