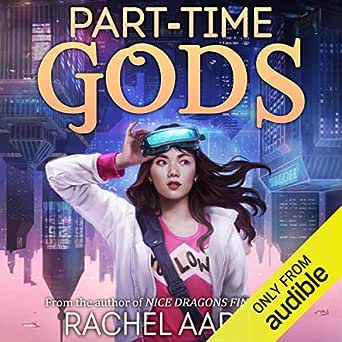 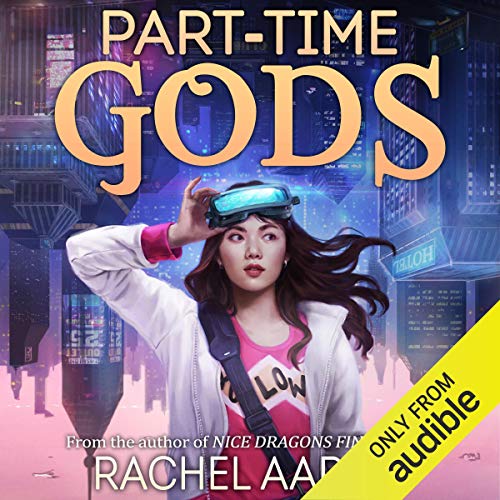 4.6 out of 5 stars
4.6 out of 5
394 global ratings
How are ratings calculated?
To calculate the overall star rating and percentage breakdown by star, we don’t use a simple average. Instead, our system considers things like how recent a review is and if the reviewer bought the item on Amazon. It also analyzes reviews to verify trustworthiness.
Top reviews

Keith Frampton
3.0 out of 5 stars Good, but...
Reviewed in the United States on June 13, 2019
Verified Purchase
This book is a nice continuation of a story within the DFZ universe. Enjoyable characters, events, etc.
But:
- it feels very unfinished; I appreciate it is the second book of a series, but it felt like an arbitrary word limit was reached, and the book stopped almost in the middle of a sentence, certainly in the middle of a paragraph
- 25% of the ebook isn't even the story, but introductory chapters from other of her books (which I had already bought and read). I resent paying the $$ for a book and actually getting an unfinished novella with marketing spam as filler, the author shows no respect for her readers in my opinion by doing that

Flamesea
4.0 out of 5 stars Great book, but....
Reviewed in the United States on June 11, 2019
Verified Purchase
The good: An excellent sequel to Minimum Wage Magic. It kept me on my toes, and I liked how we got to see details of specific relationships closer in this book.

The bad: Kindle told me I had 45 minutes left in the book, and I turned the page....to a thank you for reading page. While I definitely understand it’s important for authors to pitch their other books, especially when you’re self published; it was more than a little disappointing to find out that those remaining ‘45 minutes’ were simply sales pitches for other books of hers. I own most of Rachel Aaron’s books, I tell friends and family about them. But it came off WAY too car salesmany. I was so super excited when she’d announced the release of this book earlier today. But to find so much of it was sales pitches....huge disappointment.

Andrew
3.0 out of 5 stars Great but disappointing at the same time
Reviewed in the United States on July 24, 2019
Verified Purchase
I loved "Minimum Wage Magic" (book 1 of this series) because of its fast-placed plot, its fun and interesting characters, and its amazing world building. I was thrilled when the second book (Part Time Gods) finally came out. I listened to the book on tape in one setting, which shows how good it was because it's about 11 hours long.

If this book lived up to the fairly clean and wholesome standards of "Minimum Wage Magic," the Eli Monpress series, and the Heartstriker series, then I would've given this book ten stars if it was possible. There was certainly a ton of awesome humor and thrilling moments, and you get to know the characters a lot better in this book. I was laughing for most of the book and on the edge of my seat for the rest of it.

However, there are several reasons why I won't give this book more than two or three stars. For one thing, there seems to be more cursing in this story than in "Minimum Wage Magic." It wasn't so much that I couldn't overlook it in favor of enjoying the plot, characters, and world building, though it did disrupt my reading experience a bit. What really got me was something that happened later in the book, after all the fun stuff.

In one of the last chapters, there is a sex scene. This is a spontaneous sexual act after only two kisses in total and about a month and a half of knowing each other.

And I don't mean that the book says "They had sex" or "They slept together." I wouldn't have liked the sex scene no matter how it had been depicted, but I could've at least ignored it if it was described in just a sentence or two. However, the scene goes into a fair amount of detail about the two characters going through foreplay, undressing, and interacting in bed. The main character, Opal, wonders how far down Nik's cyber parts go down on his body, and they discuss that more in detail, but I skipped over most of that. I had no desire to read about whether Nik's man parts were made of metal or not.

Directly after having sex that leaves the characters more relaxed and happy than they've been throughout all the book, the two of them get in a huge argument, and Opal leaves Nik for the remainder of the story. Even if someone wanted to read about their sexual encounter in detail, I can't imagine many people would enjoy having that act basically ruined by the two of them parting ways for the remainder of the book.

The book also ends on a cliffhanger that leaves me wanting more (and not in the "I'm so excited to read the next book" way; it's more like "this book should have a few more chapters to tie up loose ends" way). However, I probably would've been fine (or at least okay) with the cliffhanger if it hadn't been for the Opal/Nik sexual drama and subsequent furious argument.

All in all, I thoroughly enjoyed the majority of the book, but the end of the book made me feel betrayed as a reader because I was expecting the same type of clean and fun light romance that is featured in Rachel Aaron's other books.
Read more
19 people found this helpful
Helpful
Comment Report abuse

Helen Savore
3.0 out of 5 stars Like the coffee Opal is guzzling, brings you on a tense high than crashes short
Reviewed in the United States on June 19, 2019
Verified Purchase
It's always fun to take a step into this world where magic meets modern and mundane in a magnificent way. But one step in, and you're shoved into a crowd that you can't escape.

Opal's tenacity through such a slog is inspiring. She sticks so hard for the life she wants to live, never compromising the principle, only the approach. There's a lot we can learn from Opal. Depending on your mood this will either lift you up, or drag you down.

As others have mentioned it both ends suddenly, and maybe the last fifth is sample chapters for other works. I had to flip back when I hit then end, thinking I skipped a section or my Kindle bugged out. What I'm thinking is though we've got a shorter work here, but they're coming out faster I think, so we're getting more net story. ... Will look forward to reading this with it's partners in crime.
Read more
15 people found this helpful
Helpful
Comment Report abuse

Alek0
4.0 out of 5 stars good book, but ends on a bit of a cliffhanger
Reviewed in the United States on June 24, 2019
Verified Purchase
As usual, really well written, draws you in and you want to know what happens next.

However, Opal's character is really starting to get on my nerves. It would be so nice to have an independent and strong heroine who wouldn't keep ending up in messes of her own making due to her own stubbornness. Being strong and independent should not mean that you are a) unable to communicate effectively and b) unable to have normal relationships and have somewhat illogical set of rules on circumstances in which it is acceptable to rely on other people. But this is more of a general complaint about a huge majority of "strong and independent" heroines which are either perfect Mary Janes or have huge chips on their shoulder. I suppose it reflects real life somewhat where lots of people have trouble with applying one rule which generally simplifies greatly dealing with other people and avoids misunderstanding (i.e. judge people on what they do, not on what they say), but it would be nice to have some more mature female lead characters (Cordelia Vorkosigan is a wonderful example of a strong female character who is not an immature stubborn rebellious brat, many of Lindsay Buroker female leads are also quite good). It is just irritating to go over pages and pages of "boohoo, my dad doesn't love me", "yes, he does, look at what he does for you", "no, he doesn;'t, boohoo".

So.... I really enjoyed the book, but I am also really, really hoping that Opal will grow up in the next one.
Read more
4 people found this helpful
Helpful
Comment Report abuse
See all reviews

TeriB
5.0 out of 5 stars Fast paced and fun
Reviewed in the United Kingdom on July 23, 2019
Verified Purchase
I just enjoyed reading this second instalment of the DFZ, Detroit Free Zone.

Yes, it is urban fantasy and dystopian as well.

Yes, it is fast paced and holds a tinge of romance.

Yes, it features dragons and a mystery that needs to be solved.

Yes, it holds quite some daughter father, father daughter dynamics and big emotions.

Yes, there are parts of the book that are better written than others.

And yes, I did enjoy just flying through this book with this fast paced always interesting stories with twists and turns just at the right place andgetting more ideas and concepts thrown at me as to how things work in this dystopian place where anything goes and maybe, a new order has started to build.

And last but not least, the book has at the back quite some reading material from previous books the author has written. The story itself is about 330 pages long and ends on a cliffhanger.
Read more
Report abuse

This book really shows how much the DFZ has changed and grown since the events of the Heartstriker series. The DFZ is still figuring some things out - but definitely knows which direction they want to head towards. To do this the DFZ needs Opal - but does Opal want to go along with any of it?

Plus even more shenanigans and intrigue as Opal has to deal with her father's curse.

So much love for it!

The DFZ is pretty much a big character in this book and it's a blast to see more of the Spirits and a few other much loved characters return.
Read more
Report abuse

ravenflowers
5.0 out of 5 stars Worth the wait
Reviewed in the United Kingdom on July 2, 2019
Verified Purchase
I got a surprise newsletter from the author telling me this book was published. I'd been waiting since discovering Opal and Nik in Minimum Wage Magic. In Part Time Gods, Nik is trying to help Opal over the curse and the DFZ is trying every lure to haul Opal into her service. The ending is a bit abrupt, but waiting for the next book is like dreaming of opening presents on Christmas Day.
Read more
Report abuse

C. Rhodes
5.0 out of 5 stars AAAAAARRRRRGGGGHHHH
Reviewed in the United Kingdom on July 1, 2019
Verified Purchase
Why, why did it end right there.

This book is all kinds of amazing, if you get the idea I like it, I’m not trying hard enough.

Many thanks for writing it.
Read more
Report abuse

Kawie1
4.0 out of 5 stars Part-Time Gods
Reviewed in the United Kingdom on August 25, 2019
Verified Purchase
Love this world, love this author, love Nik and Opal, love the DFZ. Great, if a little slow moving, story with some wonderful cameos.
Read more
Report abuse
See all reviews