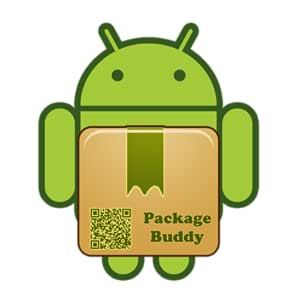 Percent-off discount codes are not reflected.

Image not available for
Color:
Package Buddy Pro
Partial Software
Rated: All Ages
2.8 out of 5 stars 13 ratings
Price: $1.99
Save up to 20% on this app and its in-app items when you purchase Amazon Coins. Learn More
Sold by:Amazon.com Services LLC
Available instantly
Offers in-app purchases

Download Alexa for your Windows 10 PC for free
Experience the convenience of Alexa, now on your PC. Download now

Package Buddy is a package tracking app designed to allow you to track your packages, from many carriers (listed below), anywhere you go with your phone or tablet.

Pro users can sync with all of your Android devices (no extra cost if linked on same Google Account). Pro users can also now forward shipping confirmation emails to packages@package-buddy.com to automatically add packages to their account (BETA).

Use the settings to customize your experience. Set which lists to display, how much information to show, and when your device automatically updates/backs-up/syncs. Visit the FAQ on our site for more information.

Add packages easily by entering in the necessary information, or head to http://www.package-buddy.com/code to create a QR code to scan in.
Send package information to others easily with the share screen. You can click on some carrier links to automatically fill out package information into Package Buddy.

With Package Buddy, you can see a detailed history and a map of the progress for your packages (amount of detail depends on carrier).

If you notice **ANY** problems with Package Buddy please send an **EMAIL**. Comments **DO NOT** allow us to communicate to you, which is vital. If you have a carrier or a feature you want added, just let us know and we'll see if it can be done.

There's also a new tablet upgrade which has all the features of the pro version and optimizes how information is shown for tablets (not necessary to run on tablets, just an extra feature).

Thanks everyone for your support!

Note: A package being visible on Amazon works slightly different. Check the carrier's site that they are using for actual tracking data.

KennyH
5.0 out of 5 stars Handy Package Tracking
May 28, 2018
Verified Purchase
Only wish my (many, many) Amazon shipment info would push directly in.
Read more
One person found this helpful
Helpful
Comment Report abuse

freemont
1.0 out of 5 stars Stay Away
June 26, 2014
Verified Purchase
Does not work as advertised. You try to create an account so that devices will sync, the program says you were successful and to check your email, but it never comes. Tried with two email accounts. Synchronization never occurred. After less than 24 hours I uninstalled it from all devices and went back to the free version. Fortunately I only used those Amazon "coins" for this purchase (which I still don't know how I got in the first place) or I would be plenty p|$$ed.
Read more
Helpful
Comment Report abuse

Phuture909
1.0 out of 5 stars Constantly crashes, dev stopped replies
February 4, 2014
Verified Purchase
Since day one the application constantly crashes and freezes my phone. I have tried to resolve the matter with the dev team from the first day of purchase. It's been months now and they will not reply now. I have asked for a refund but they refuse to cooperate. I have a Samsung Galaxy S4 which is more than capable. Also their free version of this app doesn't crash.
Read more
Helpful
Comment Report abuse

Amy S London
1.0 out of 5 stars One Star
July 25, 2016
Verified Purchase
does not track like I thought it would
Read more
Helpful
Comment Report abuse

Joe
VINE VOICE
5.0 out of 5 stars Excellent Tracking App!
January 1, 2014
Verified Purchase
I have been the free version for years now, and thought it was time to upgrade to the Pro version. Works great for package tracking.
Read more
One person found this helpful
Helpful
Comment Report abuse

It appears that the app has been abandoned. There have been no changes to the carrier list, and no updates, so commonly used carriers like DHL Global Mail do not appear. Also does not track Amazon.

The UI is not pretty, but it is very functional. I like it the way it is. It is concise, character based, and uses minimal bandwidth.

A couple of months ago, service disappeared for 2 weeks. It appeared the the app was dead, but it came back. During that time, I could not find a similar app that I liked as much as Package-Buddy Pro, so I will work around the issues until it is totally dead.
Read more
Helpful
Comment Report abuse