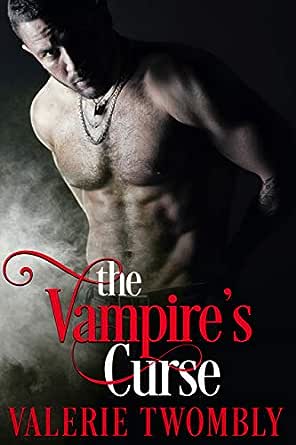 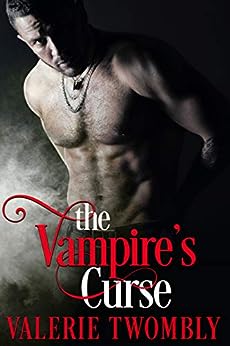 The Vampire's Curse (Beyond The Mist Book 1) Kindle Edition

4.8 out of 5 stars
4.8 out of 5
40 customer ratings
How does Amazon calculate star ratings?
Amazon calculates a product’s star ratings based on a machine learned model instead of a raw data average. The model takes into account factors including the age of a rating, whether the ratings are from verified purchasers, and factors that establish reviewer trustworthiness.
Top Reviews

Sharon Richmond
5.0 out of 5 stars Wonderful and Heart Grabbing
Reviewed in the United States on April 2, 2017
Verified Purchase
Passion Awakened: Beyond the Mist Novella by Valerie Twombly

This author never ceases to amaze me how she can create a story that touches you deeply in either the characters or the plot of a story.

Andrei and Sonia's is a sad tale that will turn to joy as they come together, but as some say, fate can be a b*t*along the way.
A witches curse a and the Vampire's search for a way to break it. Throw in his cure is doing the unthinkable to his heart, breaking it.

Great PNR Story with a HEA ending that makes up for that lump in your throat feeling throughout.

carly
5.0 out of 5 stars A Fated Couple
Reviewed in the United States on March 27, 2017
Verified Purchase
Once I picked up this book I wasn't able to put it down . This was a very compelling story that grabbed me by the heart in the first chapter . You will fall in love with Andrei Vladimir . His story is a sad and compelling one . His true love Sonia Covaci is a descend of gypsies . korinna is the witch that helps being them together . If you love Vampires and stories that take you through every emotion possible read this book .
Read more
3 people found this helpful
Helpful
Comment Report abuse

Jennifer Daniels
5.0 out of 5 stars I loved it!
Reviewed in the United States on March 27, 2017
Verified Purchase
Passion Awakened had me at the first page. I really enjoyed the character's and the storyline of the book. It makes you believe that love really can conquer all no matter who you are.
Read more
3 people found this helpful
Helpful
Comment Report abuse

Tammy
5.0 out of 5 stars Bite for Love !!
Reviewed in the United States on June 24, 2017
Verified Purchase
One of the best romances I've read in awhile !! 5+ ☆☆☆☆☆
This is a very awesome read to add to your library.
Read more
2 people found this helpful
Helpful
Comment Report abuse

This story is told through the point of view of three very different people, but which fate ingeniously brought together for the most heart stopping romance today. The story begins with Korinna, a beautiful witch with an evil step-mother, (can totally relate) that places a curse upon her out of jealousy as well as a dash of spite. This is the backdrop of the story for Andrei Vladimir and the horrible fate he is facing. So the story goes that for Andrei's people, (vampires) they dream of their fated mates, and the closer their mate is to them, the clearer the dream of them is and that is when they go out to sweep her off her feet, but when Andrei falls prey to a manipulating witch he is cursed for forsaking the witch, and never allowed to return to his own realm with his people. Here is where Sonia comes in, a gypsy, and her family is from Romania which is where Andrei lives. She has been having some really steamy dreams of a man she has never met before. She's reluctant to believe the stories her grandmother has been telling her about since she was a child. Can something that sounds like a Disney flick be true? The story is just that, very Disney like quality to the fairytale of two fated lovers. The mystery behind the magic is alluring, and what pulls you into their lives. Although we don't have much time to go into detail with this novella, it is the way the story is told that holds you in place.

The characters of the story were easily empathized with by the personal connection I felt to both Sonia and her best friend Emma. Andrei stole my heart with his fierce compassion for human life, and especially the wrongful treatment of women. He is a man of stature, who has morals, love, and sympathy for all, and never once wanted for himself, but only wanted the best for his people. Who ever thought that a cursed witch, a cursed vampire, and a love sick gypsy would be so loyally devoted to one another only after a short period of time, but it worked. The story was believable, the characters were genuine. If I ever marry a billionaire, or uncover a family secret revealing I am a gypsy, I will not hesitate for one second that I am destined for a happily ever after...
*Book provided by the author for an honest review*
Read more
2 people found this helpful
Helpful
Comment Report abuse

A King cursed and unable to return home. A woman who doesn’t believe in her gypsy heritage.

Once I started, I couldn’t stop. The story is quick and the mating is insta. Andrei and Sonia were a great couple. The curse he is under is to fold and what must be done to break the curse is, heartbreaking and hopeful. I enjoyed the few surprise that we are treated to throughout the story.

The secondary characters where a delight. I liked Karenina. She is the witch that helps bring Andrei and Sonia together. Her story is a bit sad and who knows maybe she will find her special someone. We are also introduced to a few other men from the mist and get to see this other world.

I will say a few things felt repetitive. For one we have he witch telling Andrei a story, Andrei in turn tells Roman his friend the story, then the witch tells Sonia the same story who shares it with her grandmother. You get the picture. Even though we get a little repetitive I still enjoyed jumping into the Beyond The Mist series.

Passion Awakened treats us to a curse, heartbreak, and hope. If you enjoy Vampires and stories that take you on an emotional journey then this book is possibility for you. I had a wonderful time and look forward to the next installment.

*Disclaimer: I received a complimentary copy provided by Author Valerie Twombly with the sole purpose of an honest review. All thoughts, comments and ratings are my own.
Read more
2 people found this helpful
Helpful
Comment Report abuse
See all reviews from the United States

jenn
5.0 out of 5 stars I was fortunate to be given an ARC by the author for ...
Reviewed in the United Kingdom on May 4, 2017
Verified Purchase
I was fortunate to be given an ARC by the author for this book. Its different from other Vampire books ive read. This had a backbone, a story that traced back to where Andrei began. Not all Vampire books have this kind of back story. It starts with a hunger, not for blood as most Vampire books go, but for his mate, his dream lover. How he was cursed and separated from his people forced into killing to procreate monsters. Its intriguing to find a Vampire that didn't want to kill, and that's what makes this book different from all the rest. I thoroughly enjoyed it and once I picked it up I found I couldn't put it down. I needed to read the next page. What was coming next. His mate, wow she was awesome, and kicked ass. The book is well written as I would expect, there are other good books also. I'm hoping to see more of this series and look forward to reading them. Thank you. Highly recommended A *******************
Read more
Helpful
Sending feedback...
Thank you for your feedback.
Sorry, we failed to record your vote. Please try again
Report abuse