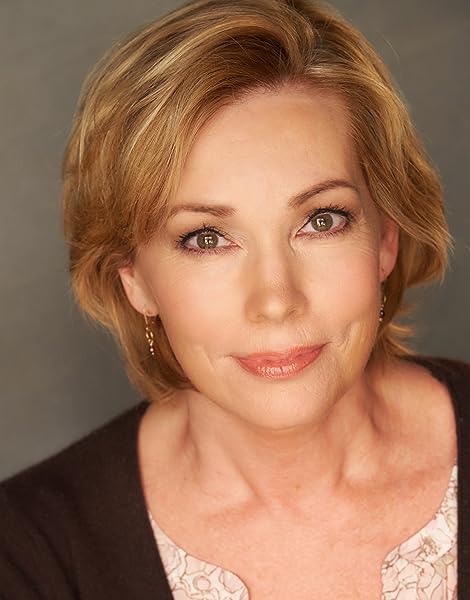 "What a beautifully pensive, poignant, passionate, penetrating, and precious packet of poetry."

Jack Hayford, author, and founding pastor of Church on the Way


"I was thrilled to read Passion & Praise. It is a reflection of deep grace and real transformation."

LOU MULFORD GREIG was born in North Carolina, raised in Virginia, and moved to Los Angeles to pursue her love of storytelling as a professional actress. She has worked in the business from age eighteen, playing principal roles in hundreds of commercials, and has appeared in numerous television and film roles including NCIS, Mad Men, General Hospital, The Young and the Restless, Leverage, Life, and Shark. In the 1980's Lou was a regular cast member of the popular daytime NBC game show Sale of the Century. Lou took a long hiatus from film and TV to raise her two lovely daughters. During that time she was head of Calvary Church Drama Ministry in Pacific Palisades--writing, directing, teaching, performing, and producing. She returned to her film and television career in 2007 and began rapidly building her resume again. Lou wrote, produced, and starred in her short comedic film Invasion of the Money $natcher$, available on Vimeo, airing worldwide on ShortsTV, and winner of the Audience Favorite Award at HollyShorts Film Festival. She is currently in development on her soon-to-be-produced full-length faith-based screenplay. A love for writing has always been a part of Lou's life. And with this next chapter in her creative career, she happily shares her words and spiritual heart. Lou lives in Los Angeles with her husband, and her two loony adopted rescue dogs, Frankie & Jonnie.

Start reading Passion & Praise - Inside a Christian Journal on your Kindle in under a minute.

In Review
5.0 out of 5 stars Love These Inspirational Poems
Reviewed in the United States on June 19, 2015
Verified Purchase
This beautiful journal of inspirational poetry was the first book I've read by this author. Reading it made me hope there will be more books to come. Through the lens of her camera as well as her striking facility with verse, Lou Mulford Greig invites you into her soul-stirring prayer life. I say "prayer life" because these poems are more than a collection of artfully composed lines. They are heartfelt worship. To read them is to experience the passion, praise, and devotion to God that wells from this poet's soul. I thoroughly enjoyed the full color edition of this lovely book and highly recommend it.

The publisher provided an advanced copy of this book in exchange for my honest review.

Marty Terry
5.0 out of 5 stars A powerful, yet personal, paean and prayer journal shared
Reviewed in the United States on June 21, 2015
Verified Purchase
This writer is an ongoing seeker who has found an intimate, devout relationship with the Almighty which she shares
with the reader as she pours out her heart and soul in words that fairly leap off the page. The expressions in word and picture are vivid, touched with awe and whimsy, strength and tenderness. True to the book's title, these are passionate prayers to a beloved Being who keeps us in His eternal watch care. I was enthralled by the richness and power of the language of love, then moved to sweet tears by the child-like simplicity of her queries in "Thoughts." I heartily recommend this small volume to seekers, finders, and those in between, all of whom can revel in the freshness and beauty of this work.

jt
5.0 out of 5 stars Highly recommend.
Reviewed in the United States on June 24, 2015
Verified Purchase
An inspired collection of poetry that speaks to the passion we are called to have in our relationship with God. Well done for a first time author, a real accomplishment. This is a book that will help move you towards a deeper more meaningful prayer and journal time. Highly recommend.
Read more
One person found this helpful
Helpful
Comment Report abuse

j.r.
VINE VOICE
4.0 out of 5 stars photos and praise-poetry
Reviewed in the United States on July 17, 2015
Verified Purchase
The photos were wisely chosen to illustrate and complement the poems. The poems were positive, easy to read creations whose imagery I could easily understand.
Read more
Helpful
Comment Report abuse

Sharon Bouchard
5.0 out of 5 stars Divinely Inspired
Reviewed in the United States on July 18, 2015
Verified Purchase
The poetry in this book is passionate and heartfelt. It also feels both original and fresh. It strikes me as divinely inspired because there are a few areas in the book that could move a reader to change their life. This would be a great book to give as a gift or to keep to re-read over and over. It Is very inspiring.
Read more
Helpful
Comment Report abuse

Libby J. Atwater
5.0 out of 5 stars Passion & Praise Brings Comfort and Joy
Reviewed in the United States on August 4, 2016
“I received a copy of the book in exchange for a fair and honest review."

Lou Mulford Greig is in love—with life, her husband and family, but most deeply with the Lord. In her Christian journal, Passion & Praise, An Inspirational Collection of Poetry and Photography, this multi-talented artist depicts wonder, awe, fear, worry, doubt, passion, and praise through her poems while she shares her inner thoughts and asks such questions as, “Where does my mind go when it wanders?” “Are dreams reality, too?” “Why must it take a lifetime to mature?”

Greig intersperses her original photographs with appropriate biblical quotes between poems, making this small tome the type of book one picks up and reads a little bit at a time, over and over again. (I keep mine near my computer to remind me what is important on days when I forget.) Her pictures show the world’s magnificence and life’s significance, reminding us that simple things, such as a child’s wonder or a hummingbird feeding bring joy to each day.

When I received this book, I opened it to “The Answer,” a poem that brought me solace and gave me hope on a day that I needed both. It reminded me that those we love never really leave us, and our faith will reunite all of our spirits one day.

Passion & Praise, An Inspirational Collection of Poetry and Photography, touches the heart and the soul. Filled with poems that explore the human relationship to God, this gem is a must read for those who seek deeper spiritual messages and wish to spend quiet time with the Lord.

Love2Read
5.0 out of 5 stars Seeing God through the eyes of this author. Inspiring!
Reviewed in the United States on June 20, 2015
Lou Mulford Greig's book, Passion & Praise is refreshing. She expresses her intimate relationship with God through poetry. One line in particular will stay with me. "The love of my Beloved carries me forever." This journel will inspire all to draw closer to the Lord. It would also make a lovely coffee table book. Your guests just may pick it up and be blessed.
Read more
3 people found this helpful
Helpful
Comment Report abuse
See all reviews