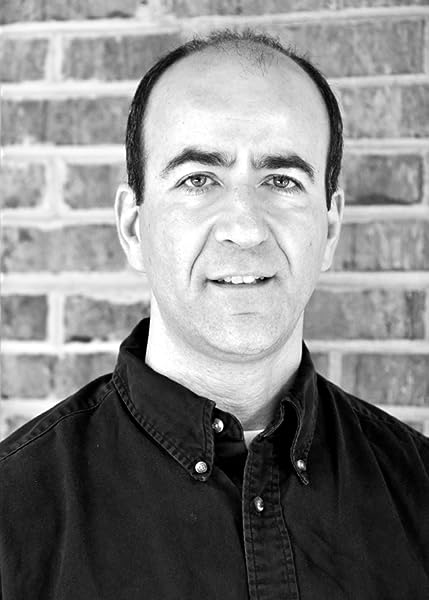 rodboomboom
HALL OF FAME
5.0 out of 5 stars Truly Amazing Service to the Country Documented
Reviewed in the United States on March 3, 2002
Verified Purchase
This is an enjoyable read of a career spanning an amazing amount of turmoil and change in our great country.
Specter seems right at the eye of the storm beginning with JFK's assasination on to Clinton's problems. Specter from the start shows true passion and concern for probing for the truth, as reflected in is persistence to this day of failure to close all angles, e.g. a nine minute interview with Mrs. Kennedy? As Specter comments: "Extensive questioning of Jacqueline Kennedy would probably not have produced any revelations. But we will never know. I continue to believe that far more quesitons should have been put to the former first lady."
Specter is the "questionar" par excellence. From the one bullet theory to his cleaning up of justice in hometown Philadelphia to Anita Hill to Clinton, Specter is revered as a no nonsense, get to the heart of the matter investigator.
I have the utmost respect for his talents and pursuit for the common good of us all. What transforming values have plagued us, as Specter laments: "And so it came to pass that the impeachment of Clinton established the political standard that a president, however errant, would remain in office unless he had lost the confidence of the American people that he could perform his official duties. History will not say that president was not guilty, although he as entitled to acquittal because the charges were not proved in a Senate trial, but historians will reject William Jefferson Clinton's brazen contention that it was all Republican politics and a right-wing conspiracy. For me it was just one more investigation. As I had argued to question Jacqueline Kennedy and Lyndon Johnson, so, too, I sought the testimony of the key witnesses and Bill Clinton. As I had thoroughly questioned Robert Bork and Anita Hill, so, too, I sought more thorough examinations of Sidney Blementhal and others. I was diappointed in the Senate's failure to the American people in the trila as my father was in not receiving his war bonus from the Congress."
Although I do not agree with some of Specter's cherished convictions, I do admire him greatly and believe he represents the wholesome, dedicated public servant which youth of this great nation can pattern themselves after. This book provides such evidence of an exciting and servant-filled career.
Read more
Helpful
Report abuse

ollientn
5.0 out of 5 stars Five Stars
Reviewed in the United States on March 16, 2016
Verified Purchase
Seems to brag on himself quite a bit.
Read more
Helpful
Report abuse

M. Tomory
3.0 out of 5 stars INTERESTING BOOK AT TIMES
Reviewed in the United States on January 7, 2014
Verified Purchase
Spector relates accounts of various political episodes in his life. He comes off a little too praiseworthy of himself. Only a fair read.
Read more
Helpful
Report abuse

Leon Czikowsky
5.0 out of 5 stars Specter must have spent a career facing constituents expressing disappointment and distrust
Reviewed in the United States on December 8, 2014
Our country's central problem is its citizens do not trust its government, proclaims U.S. Senator Arlen Specter in "Passion for Truth". Spector was a politician who spent a career carefully taking the political center in most controversies, except the Kennedy assassination (where he is a leading defender of the single assassin theory). One cannot help but realize that Mr. Specter must have spent a career facing constituents expressing disappointment and distrust. By his own admission, Arlen Specter sees himself as a political moderate who won admiration from the liberal spectrum for opposing Robert Bork for the Supreme Court and then won admiration from the conservative spectrum for supporting Clarence Thomas for the Supreme Court. Political activists can count on Arlen Specter to be with them half the time. Readers will see a politician driven by ambition. This may explain his ability to pick and choose ideology at will. Many political autobiographies announce a startling revelation to provoke sales. The great secret exposed in this book is the physician who performed the autopsy of John Kennedy burned his notes because he didn't wish to see them someday crassly displayed in a museum. In case you were losing sleep on this great mystery, now you know. This book doesn't offer any more great new gems. Instead, the reader follows Arlen Specter's life journey. Students of politics will appreciate the many experiences detailed in this book. The book shines when the Senator discussed his personal struggles with a brain tumor and overcoming being told, incorrectly, he had less than six weeks to live. Overall, this is a decent book. There are no flashy revelations. It is a good book, with much personal insight, for political and Congressional enthusiasts.
Read more
2 people found this helpful
Helpful
Report abuse
See all reviews