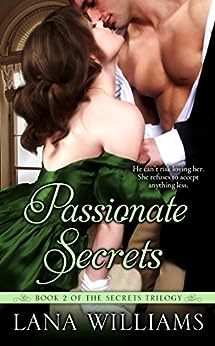 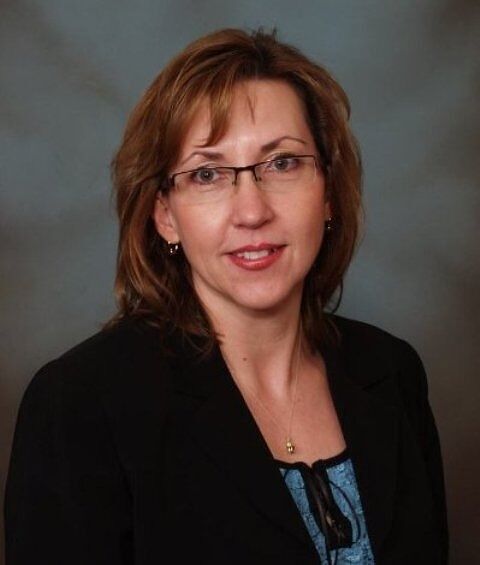 by Lana Williams (Author) Format: Kindle Edition
Book 2 of 3: The Secret Trilogy
See all formats and editions
Sorry, there was a problem loading this page. Try again.
From a USA Today Bestselling Author ~ A Victorian Romance filled with intrigue and passion!

Michael Drury, Viscount Weston, treats life like a business, shunning personal connections at all costs to avoid the passion that ultimately destroyed his parents. Discovering drab governess Emma Grisby in his library is a shock, especially since her uncle appears to have risen from the grave with deadly intent. He suspects her of working with her uncle and devises a scheme to watch her.

Desperate to aid her family, Emma reluctantly agrees to Michael’s offer to give her a season with the hopes of finding a wealthy husband. She trusts no man and does her best to ignore her growing feelings for the handsome viscount.

Watching Emma transform into a beautiful, confident woman is more than Michael bargained for. He fears losing control of his carefully ordered life when his love for her intensifies. As passions collide and secrets are revealed, Michael and Emma must decide if they are strong enough to risk their hearts, and possibly their lives, for love.

4.5 Stars!"A delightfully gripping mystery lurks within this passionate romance", "Even more engaging is the passion that develops between the characters". - InD'tale Magazine February 20152015 RONE Finalist

Lana Williams is a USA Today Bestselling and Amazon All-Star author who writes historical romance filled with mystery, adventure, and sometimes a pinch of paranormal to stir things up. Filled with a love of books from an early age, Lana put pen to paper and decided happy endings were a must in any story she created.

Her latest series is The Rogue Chronicles set in the Regency era, where rogues meet their match in the most delightful way. The Seven Curses of London, set in Victorian times, shares stories of men and women who attempt to battle the ills of London, and the love they find along the way that truly gives them something worth fighting for.

Her first medieval trilogy is set in England and follows heroes seeking vengeance only to find love when they least expect it. The second trilogy begins on the Scottish border and follows the second generation of the de Bremont family.

The Secret Trilogy, which shares stories set in Victorian London, follows three lords injured in an electromagnetic experiment that went terribly wrong and the women who help heal them through the power of love.

She writes in the Rocky Mountains with her husband, and a spoiled lab, and loves hearing from readers. Stop by her website at www.lanawilliams.net and say hello! You can also connect with her on Facebook: www.facebook.com/LanaWilliamsBooks or on Twitter: @LanaWilliams28

NavyWave62
TOP 1000 REVIEWER
4.0 out of 5 stars ENJOYED MORE THAN BOOK 1
Reviewed in the United States on October 2, 2019
Verified Purchase
I read some of the reviews prior to reading this and some reviewer's didn't care for this one, but I liked it more.

It does end in another cliffhanger as the story line of the Professor isn't solved and the three stories are tied together. But, as far as the outcome for the H/h in this it was resolved, so no cliffhanger for them.

What I didn't care as it progressed it was a tad sappy, with their feelings repeated over and over to each other. If it wasn't for the very descriptive sex, I would say it played to a younger audience. Heat level on sex 4.5 out of 5 and outside of marriage.

The couple from story one have a part especially the H from that story. The author does a nice job of explaining the story line so you are not lost. But, I think you you enjoy this one more if you read book 1.

We have somewhat of cheating because he is betrothed to a nasty women. and he and the h kiss and some foreplay. I loved how the women (nasty) he is engaged to that played out and she got what she deserved.

The grandma is a wonderfully written character and I enjoyed what she added to the story. I am reading the next and last story of the series because I purchased them at the same time.

We do get HEA, some romance and another unique story line with a tad of suspense. I can't improve on the blurb, so not attempting. (ljb)
Read more
Helpful
Report abuse

PKinyon
4.0 out of 5 stars Excellent Tale!
Reviewed in the United States on August 31, 2016
Verified Purchase
Passionate Secrets is a fun read, which I thoroughly enjoyed. It is part 2 of a trilogy, however, and to make sense of the story, you really, really need to read the first book. References and very brief re-caps of events in Revealing Secrets serve to jostle readers' memories but don't cover more than the most necessary details. Only the romance is actually wrapped up in book 2, so I'm anxious to start book 3 to find out how it all come out.

I like Emma and find her humility, bravery, and tenacity to be admirable. Her transformation from a mousey governess to ballroom belle had me grinning.
Weston wasn't quite as appealing and his aura-reading ability was far less prominent in the story than Ashton's was in Book 1. (I SO wanted to see him use it playing cards!) The plot in this book was far less convoluted than that of book 1, but there's still plenty happening besides the romance.

The writing was mostly good, though there were still a few confused homophones. (Affect is a verb, effect is generally a noun,) The errors weren't overly distracting. The book ends abruptly, so I grade it at 4 instead of the 5 it could earn if a bit more was tied up.​
Read more
Helpful
Report abuse

Vanessasgram
4.0 out of 5 stars Great book but uses some 2000 era expressions that don't fit too well. Will be reading number 3 for sure!
Reviewed in the United States on October 2, 2016
Verified Purchase
I love this authors characters but feel in this book that she didn't use Michael's "gift" as often as she could have done. One thing that really "Jarred" the reading is that the main character--(I can't remember if he thought it or said it) BUT it was used---"WHO KNEW?" THIS kicked me right back to present day and it was NOT used in the late 1800's! I promise--my grandparents and their parents (very old when I was tiny) NEVER used it and it's an expression of present day. I caught a few other words that was "fractured" English usage but I'm getting used to it but still don't like it as it's like a speed bump!
I really enjoyed this book but feel that these books are really not complete unless you can read the first, second, and third with no other novel in between as the ending feels "chopped" and not satisfying ! I am looking forward to the third installment and would recommend this book because of the good development of characters and the tension of the plot that hits you right away.
Read more
Helpful
Report abuse

mountainreader
5.0 out of 5 stars A Beautiful Victorian Romance
Reviewed in the United States on September 29, 2014
Verified Purchase
I loved this book and the romance between Michael and Emma so much I could barely put it down. One of those that kept me up to the wee hours - my favorite kind of stories. Michael is all business, keeping his emotions deeply hidden after his parents' tragic death. He's even gone so far as to arrange a marriage based on his need to gain the family home his father lost. But his world--and heart--are turned upside down when Emma Grisby comes back into his life. Emma has been struggling for years to keep her family afloat, and the world of the ton Michael offers to her seems terribly beyond her reach. But together the two of them navigate a season in Victorian London and their path to happy ever after. I enjoyed not only the passion, but the sweetness, between the two of them and everything they had to go through for love. Can't wait for Lucas and the final book in this trilogy!
Read more
3 people found this helpful
Helpful
Report abuse

TracyJane
5.0 out of 5 stars 4.5 stars - Almost perfect
Reviewed in the United States on October 3, 2014
Verified Purchase
The blurb doesn't begin to do this book justice.

I really liked Michael and Emma. They both have flaws and insecurities. And they both love their families and will make any sacrifice necessary to make them happy.

This book didn't seem to focus as much on Michael's "gift" as much as the first book did. It was mentioned, but it wasn't really part of the story.

I thought the book was good - but there were some inconstancies that distracted me and some parts that were anticlimactic Overall, it was enjoyable and I would recommend it.

Now I am anxious to read Shattered Secrets. Lucas is a total mystery and I want to see how Ms Williams manages to wrap up the ongoing story of the professor!
Read more
5 people found this helpful
Helpful
Report abuse

MM-E
5.0 out of 5 stars Still looking for a murderer
Reviewed in the United States on May 11, 2019
Verified Purchase
(Picking up where the first book left off)
Michael, Viscount Weston was injured in an experiment ten years ago. Once again a man who is suppose to be dead is alive. The only link is his niece. Michael remembers her as a carefree, exuberant young girl. Now she's struggling to support her family. He has a solution, he'll sponsor her for a week or two to find her a husband. Only things don't go as planned, especially with Emma in danger.
This series pulled me in from the first book and hasn't stopped. •••••
Read more
Helpful
Report abuse
See all reviews