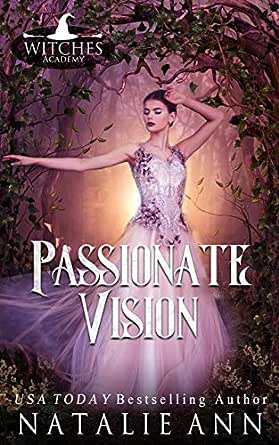 You've subscribed to Witches Academy! We will preorder your items within 24 hours of when they become available. When new books are released, we'll charge your default payment method for the lowest price available during the pre-order period.
Update your device or payment method, cancel individual pre-orders or your subscription at
Your Memberships & Subscriptions
There was an error. We were unable to process your subscription due to an error. Please refresh and try again. 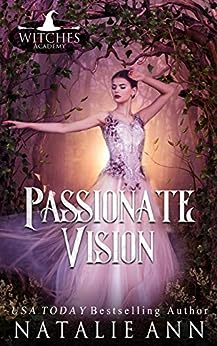 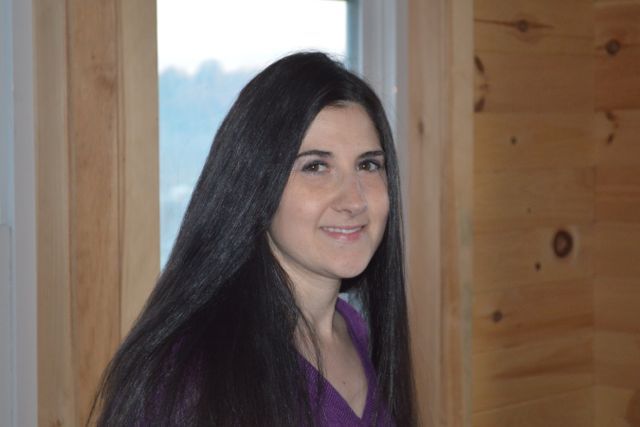 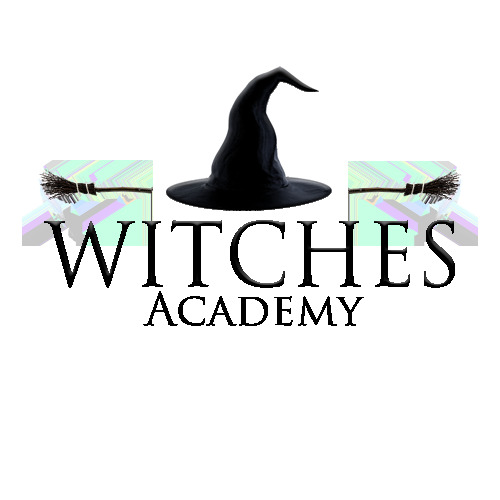 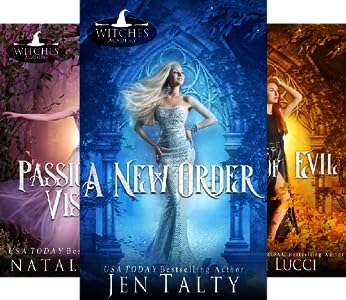 B
5.0 out of 5 stars Passionate Vision
Reviewed in the United States on September 8, 2020
I enjoyed the way this story was written. It explains how Claire deals with being a witch and how she had to go away to school to learn how to handle certain things. She is sensitive to touch and has visions that can be frightening. She just wants things to be joyful.

While walking in the woods to get inspiration for his next book, Holden, a writer, gets lost in unfamiliar territory. When he and Claire happen upon each other...the sparks fly. I love how this story came together and felt so many emotions while reading about each of their past.

I was drawn into the story from the very first page. Not your ordinary witch flying on a broom book, it's a story of real emotions, friends, family and life. You can't help but hope for a happy ending for this couple.

I hope to read more about Claire's friends....they are great secondary characters and I know there is more to tell about them.
Read more
Helpful
Comment Report abuse

Rachel Thursby
5.0 out of 5 stars Passionate Vision is GREAT!
Reviewed in the United States on September 22, 2020
This is the first paranormal romance I've read by Natalie Ann and I'm in love. It's very realistic and not silly like some paranormal novels can be. Clair is a witch with the power of sight. She can see what is in other's past and feel their emotions when she touches them. It overwhelms her so she moves to remote Lake Placid to just live by herself to maintain some sanity. Until a stranger gets lost in her woods.

Holden was in Lake Placid trying to figure out the next stage of his life while he contemplates the ultimatum given by his father. The last thing he expected to find was a mysterious woman who stole his heart, then made him doubt everything he thought was real. They had some ups and downs, but in true Natalie Ann fashion, love won out in the end.

I hope there are more to come in this series as I loved Claire's friends!
Read more
Helpful
Comment Report abuse

DB
5.0 out of 5 stars Amazing Read!!!
Reviewed in the United States on September 8, 2020
This is a new path for Natalie Ann. First book with references of the paranormal. Boy did she hit it out the park.

Holden a struggling writer, poker tournament champ and heir to a wealthy ranch in Texas, met beautiful witch Claire when he got lost in her woods. Claire has isolated herself, afraid to touch anyone because her touch shows her too much. With Holden she has the chance to find the one, the other half of her soul. She has to open herself up to Holden, tell him the truth of who she is and be strong enough to go on if he rejects who and what she is.

This story is amazing. Well written. The words just jump off the pages and leap right into your heart. You are going to love reading Holden and Claire's story. Enjoy!!!!!
Read more
Helpful
Comment Report abuse

R. H.
5.0 out of 5 stars Sweet Love Story
Reviewed in the United States on September 8, 2020
What a sweet love story. Clair has been given the gift of vision. She can see the past and the present just by touching someone. Those feeling were always too much for her to handle so she moved to the woods.
Holden always wanted to write but his family had other ideas for him, so Holden escaped to a cabin in the woods.
When Clair stumbles unto Holden in the woods she has more than just a vision. She feels happiness and love. Will Holden be able to accept Clair’s gift?
This is a must read! I have to admit that I have read everything that Natalie Ann has written. I am a huge fan. This book has ups and downs, tears, and laughter and above all love.
Read more
Helpful
Comment Report abuse

Linda
5.0 out of 5 stars Claire and Holden's story touched my heart.
Reviewed in the United States on September 13, 2020
I'm a Natalie Ann fan, and have read a lot of her work. This varies from her normal trope, but that's okay, as she is a masterful, romance writer!

I had my fingers crossed that when Holden learned the truth, he would not walk away.

Ms. Ann is adding variety and spicing up my reading life! LOL

I received an advanced reader copy, and this is my honest and voluntary review.
Read more
Helpful
Comment Report abuse

ajmeyer
5.0 out of 5 stars Passionate Vision
Reviewed in the United States on September 8, 2020
This is a wonderful story about a witch who isolates herself because her touch reveals to much and a struggling writer trying to get a story published. As their relationship builds, will Claire's secret drive Holden away or will he accept her and together find their HEA?

Paranormal romances usually aren't my thing, but I thoroughly enjoyed this new story line by Natalie Ann. You will not be disappointed.
Read more
Helpful
Comment Report abuse

Wac Veteran
5.0 out of 5 stars Great addition so far
Reviewed in the United States on September 8, 2020
I don't usually get into books about witches, etc, except for some authors, but I really enjoyed reading this book. Claire as her father are a witch, but not her mother. She doesn't touch people, because she can feel what they are or feel. Holden's passion is writing, but he makes his money at poker. They meet by accident. I won't get into what happens, but loved reading their story. HEA.
Read more
Helpful
Comment Report abuse

Robyn Chappell
5.0 out of 5 stars BELIEVE
Reviewed in the United States on October 10, 2020
Claire's a witch who sees the worst events a person has seen if she touches them. She has moved to the woods near Lake Placid to be away from people and their visions. She meets Holden a writer and opens a different world to him.
Read more
Helpful
Comment Report abuse
See all reviews

snowdrop36
4.0 out of 5 stars Love eternally
Reviewed in the United Kingdom on September 18, 2020
Verified Purchase
A touching story of the search for love. Claire and Holden meet and their story is entirely different. I liked the characters who were skilfully crafted and felt real.
Read more
Report abuse
See all reviews