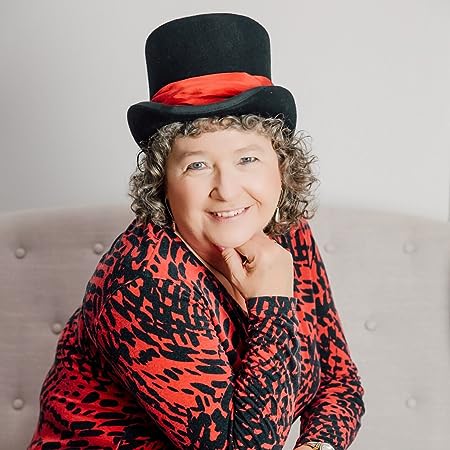 Pat Sawtelle says she began writing in August of 2008 simply to make her mind shut up. After filling two spiral notebooks and with dreams still flowing, she decided she needed a laptop. This story wasn't stopping.

Friends and family tolerated her writing insanity, occasionally asking when they could read them. Bashful about her writing ability and the storyline, Pat politely brushed them off. Several years into the story she finally allowed four friends to read book one. With feedback from these friends, she made changes to that book while continuing to write more.

Stumbling across an old friend who was running a mid-sized speculative publishing company (Dark Oak Press), he offered to provide feedback on a few pages. With his feedback, she continued to tidy up the first book while the story continued to flow into more words and books. After 5 1/2 years announced she'd completed the first draft of the15 books in the Chalice Princess series.

Her friends were excited with the announcement and encouraged Pat to get them published so they could finally read them. Pat contacted her friend Dark Oak Press, to explore ways to share her stories. After reviewing her options, she asked him to help and in November 2016 they released Chalice Moon. 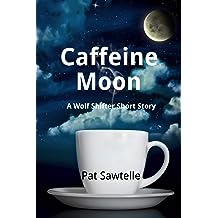 Caffeine Moon: A Wolf Shifter Mystery Short Story Oct 13, 2018
by Pat Sawtelle
( 1 )
$2.99
Cara loved working in the coffee shop, but his repeated purchase of six cups of coffee with triple espresso shots intrigued her. However, following him home entangled her with the world of magic and put her in danger. Discovering he was a shapeshifter didn't stop her from falling for Jimmy, but he couldn't protect her from the kidnapping. Would her curiosity get Cara killed?
Read more 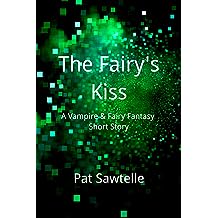 The Fairy's Kiss: A Vampire and Fairy Mystery Short Story Oct 23, 2018
by Pat Sawtelle
$2.99
Culley stood before the king of the American Vampires confident he would die tonight, found guilty of a crime he didn’t commit. Told to run if he wanted to live, he headed for a childhood hangout that would keep them from finding him. When GraceAnn emerged shaking she was scared of more than the vampire that stood in front of her. Trapped between the world of humans and vampire justice left nothing but hard choices and an attraction that could get him killed. But could he walk away from her before they killed him?
Read more 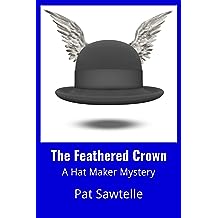 The Feathered Crown: A Hat Maker Mystery Oct 25, 2018
by Pat Sawtelle
$2.99
Bryon loved hats and he'd learned from the best, George Lock. When Jacob found his father's body the police immediately accuse him of the murder. Suddenly the safety of the King rested on securing a hat and Bryon's ability to protect the dead man's family. But was he ready for the secret hidden in the hat?
Read more 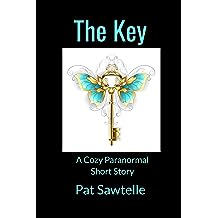 The Key: A Cozy Paranormal Short Story Sep 21, 2018
by Pat Sawtelle
( 2 )
$2.99
Cold and wet, AnnMarie waited for the carriage to pick her up. Worried about someone from her past recognizing her kept her from seeing the danger in her present. Devin didn’t look dangerous in his rumpled clothes and cowboy hat, but looks are deceiving. After all, AnnMarie had her own secret hidden behind that soft auburn hair.
Read more 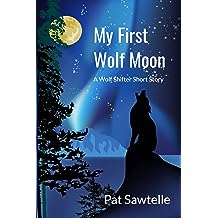 My First Wolf Moon: A Wolf Shifter Short Story Oct 6, 2018
by Pat Sawtelle
( 1 )
$2.99
The day of his first shift had arrived, but Steven Michael Masterson wasn’t like any other Shape Shifter. His night wouldn’t be like the stories his friends told of running as a Wolf. For several months, tiny insights into his power had slipped out. Each incident felt wrong and occasional bursts of incredible anger made him worry about hurting others. Afraid of revealing his differences he kept these changes secret…until the day Mr. Brown nearly killed Tara.
Read more 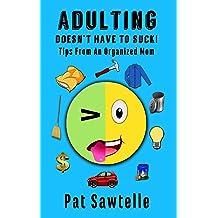 The movers just drove away and suddenly you have to pay the bills, arrange the furniture, and take care of the car. You told your family (parents or children) you could take care of it yourself but you might have been stretching the truth a bit.
Life is full of challenges and it doesn't come with an instruction manual. Managing life the first time out of the house, or during the changes brought on by children entering or exiting your life, even facing the challenges of getting old, isn't easy. While we can search the internet for any topic, we wonder if we can trust the information we find.
Most people have an "instruction guide" person in their life that won't laugh when they ask how do I write a check, and won't judge them when admitting they don't know how to do laundry. I'm one of those people. I regularly hear adulting sucks from the emerging adults in my life as they show up for "help mom" conversations and maybe dinner too. Life has forced me to figure things out encouraging me to share them with others as my brain runs out of space for more lessons. Adulting Doesn't Have To Suck! provided a place to pull out the information and share it with the kids in my life. Others will find a tip or trick that can help ease them through life as an adult. Remember to share your knowledge with others and find ways to make life fun! 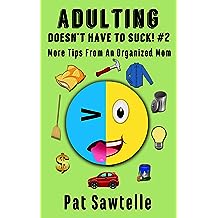 Your magic cleaning wand broke and your friends want to come over. One look at the mess you call "comfortable living" and panic sets in. Cleaning takes a lot of work and you hate it. Don't worry. You just need a few habit changes and quick tips to make your life easier.
In the first Adulting Doesn't Have To Suck! book you learned about yourself, your friends, clothes, even money. You've picked out things to implement that hit home and you're celebrating the new you. But if you take a moment to review your house and your life, you'll find a few topics that we didn't cover like cooking, the laundry room, working, even that all-important bathroom. You know, the place where black stuff grows in nooks and crannies daring you to make it leave.
Never fear the "mom" brain and family questions didn't stop and the writer's voice demanded we not leave my readers hanging. Adulting Doesn't Have To Suck! #2 fills in missing information, doles out some mom advice, and does it all with a touch of humor. Gather your friends or book club and dig into this new round of tips, ideas, explanations, and things to make you think. Make some changes, highlight topics you find interesting, drag out the sticky notes, and get started. It's time to have some fun! 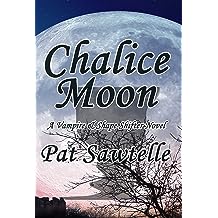 Chalice Moon Nov 17, 2016
by Pat Sawtelle
( 6 )
$4.99
A seemingly random attack exposes Kimie and her best friend to a part of the world the girls never knew existed. A world where vampires and shape shifters shifters not only exist, but are people they know. However, when another attack nearly kills Kimie, her friends must find out why some of the magical beings are after her.

Could this simple human girl be the legendary Chalice mentioned in that old tale they found? The story said the Chalice is bound to the delicate balance between the forces of good and evil. While the part of taking from evil and giving to good didn’t sound too bad to Kimie, it never said so many people would want to see her dead.
Read more
Other Formats: Hardcover , Paperback