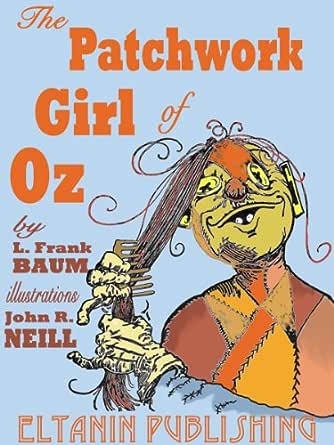 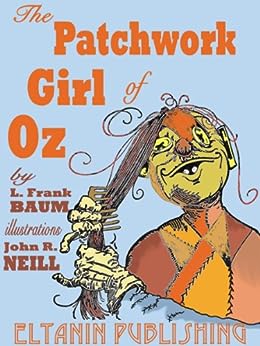 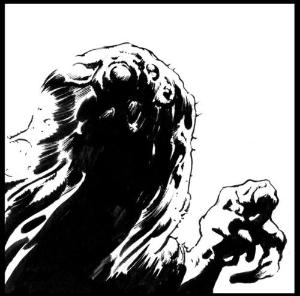 Jamie and Heather Hejduk
TOP 500 REVIEWERVINE VOICE
5.0 out of 5 stars Lovely! Hard to believe it's over 100 years old!
Reviewed in the United States on June 12, 2014
Verified Purchase
I knew L. Frank Baum wrote Oz books after The Wonderful Wizard of Oz, but I had never read any of them after the first nor did I realize just how many there are. I chose The Patchwork Girl of Oz to start my deeper foray into the Land of Oz. In this one, a munchkin wizard illegally brought a girl made out of a patchwork quilt to life and at the same time accidentally froze his wife, Margolotte, and friend, Unc Nunkie, into marble statues. Unc Nunkie’s nephew, Ojo the Unlucky, sets out on an adventure to find the ingredients required for a charm to bring those statues back to life. During his journey, he meets several friends from previous Oz books and some new ones as well.

I absolutely loved The Patchwork Girl of Oz. The story is so fun and engaging it’s hard to believe it was written over 100 years ago. Even though it is the seventh book set in the land of Oz, I did not feel like I was missing anything having only read The Wonderful Wizard of Oz before. I am sure this lovely book would be enjoyed greatly by old and young alike. (And, bonus, this Kindle version is formatted beautifully – something that doesn’t always happen with classics.)
Read more
One person found this helpful
Helpful
Report abuse

Mandy Leppard
5.0 out of 5 stars Love the patchwork girl!
Reviewed in the United States on January 31, 2018
Verified Purchase
My favorite book in the Oz series. And the pictures are wonderful. Scraps the patchwork girl is a wonderful addition to the land of Oz.
Read more
Helpful
Report abuse

WaltRTop Contributor: Pets
5.0 out of 5 stars True digital representation of original print version for Kindle
Reviewed in the United States on December 30, 2012
Verified Purchase
Eltanin Publishing's are the only Oz ebook's with original illustrations I could find. The only way to go if you want the full experience of the print edition.

Text to speech works, which is great for children and the vision impaired.
Read more
4 people found this helpful
Helpful
Report abuse

S. Olsen
5.0 out of 5 stars More than 5 stars if possible
Reviewed in the United States on October 8, 2012
Verified Purchase
The only way this e-book edition could be any closer to a first edition would be if "Chap. 3" overlapped the text. Oz fans will know what I'm talking about. Buy this, you won't be sorry.
Read more
4 people found this helpful
Helpful
Report abuse

Gary F. Taylor
HALL OF FAMEVINE VOICE
5.0 out of 5 stars Scraps comes to Life
Reviewed in the United States on July 15, 2014
L. Frank Baum (1856-1919) failed repeatedly through one bad career choice after another--until 1900, when he wrote THE WONDERFUL WIZARD OF OZ. Although the book was the most famous he wrote, Baum's writing style was distinctly improved when he sat down to write THE MARVELOUS LAND OF OZ, which was published in 1904, and OZMA OF OZ, which was published in 1907. Where THE WONDERFUL WIZARD OF OZ was extremely episodic, these books had cohesive plots, more finely drawn characters, and a sense of whimsey and fun that the original lacked. Although he frequently drifted back into episodic stories, Baum continued to write Oz novels, but by 1910 he tired of Oz, and the book THE EMERALD CITY OF OZ was intended to be his final story in the series.

Baum wrote a great many other fairytales, but none were as popular as his Oz books, and by 1913 he was obliged to resume the Oz series. He did so with THE PATCHWORK GIRL OF OZ, seventh novel in the Oz series, which he later said was among the favorites of his various works. In this particular story, Ojo the Unlucky and his Unc Nunkie are obliged to leave their isolated home and make their way to Unc Nunkie's friend, Dr. Pipt, the creator of the fabulous powder of life, which brought to life Jack Pumpkinhead, the saw horse, and the flying gump in THE MARVELOUS LAND OF OZ. Dr. Pipt has made more of the powder, and has already brought to life a glass cat; now he plans to bring to life a life-size rag doll made of a patchwork quilt, to be a housemaid to his wife. But at the moment the rag doll is brought to life, an accident turns both Unc Nunkie and Dr. Pipt's wife into marble statues, and Dr. Pipt sends Ojo the Unlucky in search of the ingredients for a spell that will return them to life.

Ojo is accompanied by the glass cat and the patchwork girl, who uses the name Scraps, and they have numerous adventures in their efforts to collect the various ingredients, including encounters with the Shaggy Man, a giant porcupine, and the discovery of the Woozy, one of the most exotic animals in Oz. Although Baum falls back upon his habit of episodic writing, the characters are brilliantly created, Scraps is a delight, and the resulting work is at the forefront of Baum's Oz novels. Recommended for Oz fans both young and old.