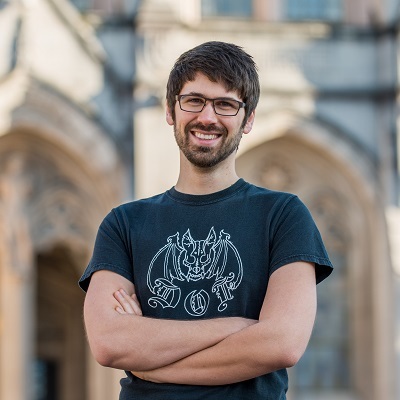 Finalist for the 2012 Compton Crook Award for Best First Novel

"Death's Heretic is most certainly a killer worth catching." - Ben McFarland, Kobold Quarterly

"What a great yarn! It grabbed me at the outset and raced along, all of the characters coming alive but the action never flagging. Action, mystery, planar splendors and dangers, really memorable characters--this one has it all." - Ed Greenwood, New York Times bestselling author of Elminster Must Die

Skuldren
5.0 out of 5 stars Great Read on All Fronts
Reviewed in the United States on July 5, 2016
Verified Purchase
If you’re looking for a fun fantasy tale that spans across several planes, features mystical creatures and stars a servant of the Lady of Graves sent to find a lost soul, then look no further. With delicious prose and wonderfully imaginative descriptions, James L. Sutter is able to create vivid worlds and intriguing characters. The search for a lost soul leads the main characters from the desert city of Lamasara to the Boneyard where the rivers of dead spirits are judged for their final resting places. It’s an enjoyable ride as the twists and turns keeps readers on their toes.

The title of the story is a fittle label for the main character. Salim used to be a priest-hunter, a devout atheist beholden to no gods and firmly set in the freedom of his own decisions. Yet now he is a servant of the Lady of Graves, the goddess of death. In contrast to the beliefs he once stood for, he now serves a new purpose: to hunt down those who try to cheat death. The disparity of this position makes him a reluctant follower. He knows the gods exist, and he’s indebted to serve Pharasma, but it’s not a happy arrangement and it goes against his core beliefs.

Through the story, readers find out more about Salim’s past, catch a glimpse of the fascinating worlds of the afterlife, and learn the fate of one unlucky, ambitious merchant. Lord Anvanory sought to extend his life with the highly sought after sun orchid elixir, but instead found himself dead and his soul held for ransom. His daughter Neila is dead set on finding those responsible, and freeing her father’s soul. With Salim’s help, she serves as the supporting character of the story. In a way, she’s also the representative of the reader. As they travel the planes in search of those responsible, her wide eyed wonderment and inquisitiveness at all the strange sights serves the curiosity of the reader. It’s a good setup that allows Salim to explain the things around them in a sensible, natural way. The other advantage of Neila’s presence in the story is the unique viewpoint of her character. Between her and Salim, there is a distinct division between their personalities that reminds readers that these are very different people and not just a singular mob of one projected viewpoint. In one instance Salim sees a machine, but Neila sees an adorable creature. The breaks in viewpoint between the characters adds a great element to the story.

One of the strongest elements of the story is Sutter’s ability to weave in his wild imagination into a fully believable and immersive world. Whether it’s the simple crypts of a church or the clockwork complexity of a city devoted to the gods of order, the story brings these locations to life. Without getting lost in overly intricate explanations, Sutter is able to succinctly describe the environments. Yet he does so without shortcutting any other elements of the story. There’s still rich characterization, fun plotting, and some intense, well written fight scenes. It’s a great read on all fronts.

While there are a lot of fantasy books out there, sometimes one stands out as a worthwhile read. Death’s Heretic is certainly worth checking out. It steps away from some of the classical tropes of goblins and orcs, zeroes in on the realms of death and the higher planes of reality, and explores the relationships of priests and the servants of these religions. There’s lots of action, character building and exploration. With great prose and storytelling, Death’s Heretic is a great read. I give it a five out of five.
Read more
2 people found this helpful
Helpful
Report abuse

Without having read other novels that I can compare it to, I must say that I really enjoyed this book and that it did help me to understand the Pathfinder system better, especially many of the deities, the fey, and some geography. I also thought that some of the novel's themes were woven into the narrative were explored in complex ways: atheism vs. religiosity and its relationship to personal happiness/autonomy, immortality as a blessing/curse, personal sacrifice and love. Most of this is explored through the seemingly contradictory character of Salim who is an atheist paladin serving the goddess Pharasma against his will. His character was very interesting.

I don't have many negative things to say about the novel other than sometimes the description of the worlds the characters traveled to was a little verbose and hard to picture. But I think that's more my problem than the novel. Those kinds of descriptors would be helpful for anyone wanting to learn how to paint a picture of a world for Pathfinder players. Also, sometimes there were a few slight moments of female objectification, but that was more than counterbalanced by Neila, the strong female co-protagonist who could definitely hold her own in the narrative and is definitely a subject in her own story--not just an object or goal of the male protagonist.
Read more
One person found this helpful
Helpful
Report abuse

Robert Boggs
5.0 out of 5 stars Great characters make great stories
Reviewed in the United States on May 9, 2016
Verified Purchase
I've been reading each of the Pathfinder Tales novels in publication order, and "Death's Heretic" stands as one of the best so far. Salim Ghadafar is the most memorable protagonist introduced yet, with a great history and conflicts to motivate him. Neila emerges as a solid supporting character, as well. I'm looking forward to reaching Sutter's next novel in the series.

One of the reasons I'm reading the Pathfinder Tales novels is to get a broader view of the Pathfinder campaign setting. This novel is great for that, because it shows several diverse settings including the nation of Thuvia and several other planes that I don't want to mention in case they would be considered spoilers. This is a great book for expanding your view of Golarion and beyond.
Read more
Helpful
Report abuse

Jonathan D. Vukovich
2.0 out of 5 stars It was Okay
Reviewed in the United States on December 30, 2014
Verified Purchase
It was okay. Bland character and plot. Not sure how I made it through.
Read more
One person found this helpful
Helpful
Report abuse

Ronald D. Griffin
4.0 out of 5 stars I need more of these characters!
Reviewed in the United States on June 16, 2016
Verified Purchase
At first, the concept struck me as strange, but by midway, this book has you sold on an Atheist press ganged into work for a God... Well dome!
Read more
Helpful
Report abuse