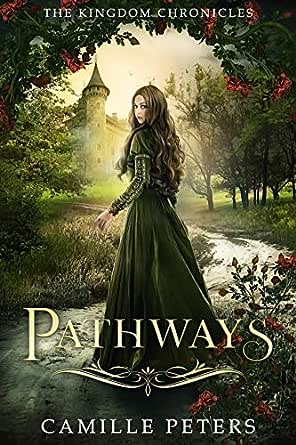 You've subscribed to The Kingdom Chronicles! We will preorder your items within 24 hours of when they become available. When new books are released, we'll charge your default payment method for the lowest price available during the pre-order period.
Update your device or payment method, cancel individual pre-orders or your subscription at
Your Memberships & Subscriptions
There was an error. We were unable to process your subscription due to an error. Please refresh and try again. 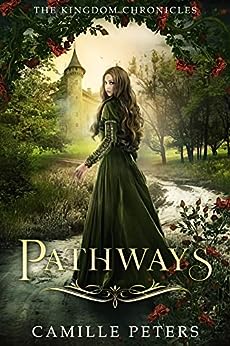 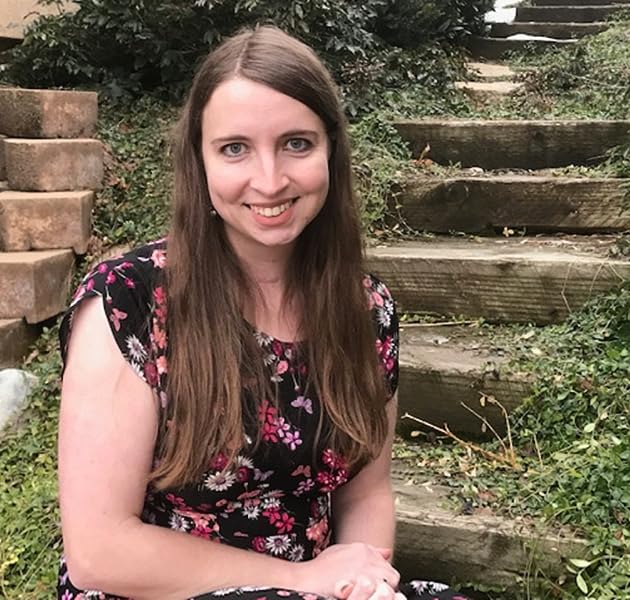 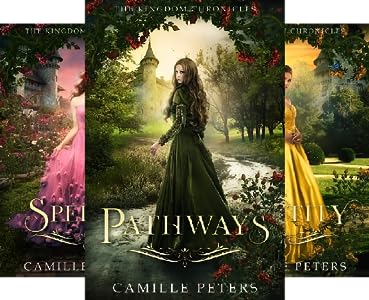 4.2 out of 5 stars
4.2 out of 5
185 global ratings
How are ratings calculated?
To calculate the overall star rating and percentage breakdown by star, we don’t use a simple average. Instead, our system considers things like how recent a review is and if the reviewer bought the item on Amazon. It also analyzes reviews to verify trustworthiness.
Top reviews

Lisa Dawn
3.0 out of 5 stars Forced Love Story
Reviewed in the United States on March 1, 2019
Verified Purchase
Update: This review is based on an older version of the book. The author graciously informed me that she has updated the story since the time of this review to remove some of the more controversial content.

Like many princess stories, the main character in Pathways starts out as a peasant girl. Eileen is a skilled artist, a lot like Elaine from Goldheart, another "Rumpelstiltskin" adaptation. However, Eileen feels more like an outdated Rodgers and Hammerstein heroine. She starts out by saying she will never fall in love and winds up doing just that. Back in the '50s, that used to be a traditional character arc for women, but today, princesses make it pretty clear whether or not they want to fall in love and stick to their decision, no matter how much other people try to convince them otherwise. Not only that, but for someone who is so mistrusting of men, Eileen lets Aiden get away with some pretty shady stuff, but Eileen continues to forgive him over and over in spite of her stubbornness about love.

Romance aside, the first half of the book is incredibly slow. Eileen spends most of her time in an enchanted forest that continuously morphs its paths akin to Pan's Labyrinth. Even though the forest is different every time she goes there, she feels safe within its trees and trusts them to always guide her home. The forest guides her to beautiful areas that she draws in her sketchbook. She thinks that she was the only one who knows its secrets until she meets Aiden. Her encounters with him in the forest go on for much longer than they should with absolutely nothing of interest happening in the story. Rosie, Eileen's best friend, tries to convince her that she is in love with Aiden even though she never actually sees them together. It starts to feel as though the story is forcing Eileen to fall in love with Aiden in spite of her own wishes.

The second half of the book is inspired by "The Princess and the Pea," but without the pea or the tower of mattresses. The forest leads Eileen to a castle where she is mistaken for a long-lost princess and must compete for the hand of the prince against her own will. She soon learns that Aiden lives in the castle as well, and the rest is painfully predictable. By this point, the lack of a villain really starts to hurt the story. I saw every plot twist from a mile away, and there were no obstacles between Eileen and her happy ending. In fact, Aiden felt more like a villain than any other character, including the mean-spirited princess. I was so angry with Aiden for his actions by the end of the story that I felt like he was entirely undeserving of Eileen.

Pathways is a forced love story and very little else. It doesn't work as a fairy tale adaption because it does absolutely nothing to enhance the fairy tales that inspired it. Eileen could have been a stronger heroine if she had stayed true to her word of never falling in love, but everything in the book seems to revolve around proving her wrong. Her relationship with her parents is more interesting than her relationship with Aiden, but it never gets explored, even though she obsesses over her father's mysterious disappearance. I think I would have enjoyed it more if it had focused on Eileen learning the truth about her father instead of on a relationship that she never wanted in the first place.

Mel
2.0 out of 5 stars Choppy, forced storyline
Reviewed in the United States on February 21, 2019
Verified Purchase
It was a rough read, with no natural flow to the story. It seemed forced, as though the author was trying to reach a word count quota. It was just ok.
Read more
20 people found this helpful
Helpful
Comment Report abuse

April Hogue
5.0 out of 5 stars A unique twist on beloved fairy tales! I'd highly recommend!!
Reviewed in the United States on April 10, 2019
Verified Purchase
I was completely gobsmacked with Pathways! I stayed up all night reading it because I just couldn't put it down. I love fairy tale retellings A LOT - it's the main reason I read the book - but this one was just so much more because although it had bits and pieces of Rumplestiltskin and The Princess and The Pea, it was still completely unique and all her own! (I'm still blown away by the story (several weeks later) and can't force myself to take it off of my Kindle book carousel so I can see it every day and be reminded of what an outstanding book it is.) I am in serious awe of her writing talents and am grateful to have found another clean romantic fairy tale author.

At the beginning of the story, it's clear that Aiden is moody and entitled- he's used to getting what he wants without question and no one tells him 'no'. He's nicknamed the Dark Prince for a reason; not the Sweet Prince or the Charming Prince. He meets a beautiful girl in the forest and wants a lock of her hair to remember her by, so he pulls out his dagger and he takes it. Done. He feels his action is okay, even though it's clearly not. He didn't mean to cut her skin in the process. That's why Eileen is so great for Aiden: she humanizes him. Even though he accidentally hurt her, Eileen is intrigued by the mysterious stranger in the forest. Why does her heart pick up every time she sees him? It's not like she's never met a handsome man before. The forest trees and pathways keep leading them to each other for a reason, no matter how long Eileen tries to resist its call. Now it's time to find out if she's brave enough to pursue a relationship with him and if he can soften his heart enough to win her love.
Read more
8 people found this helpful
Helpful
Comment Report abuse

Stephanie Lynn
5.0 out of 5 stars Wow!
Reviewed in the United States on February 7, 2019
Verified Purchase
I started this one not really knowing anything about it, but ended up loving it! Well written, this story is an interesting twist on fairy-tales, and I love the author's style! Camille Peters has created something all her own taking inspiration from stories like The Princess and the Pea” and "Rumpelstiltskin" she's worked magic, and I'm so happy I found this title!
Read more
10 people found this helpful
Helpful
Comment Report abuse

EmJaye
2.0 out of 5 stars Interesting Concept, Lacked Cohesion
Reviewed in the United States on May 3, 2019
Verified Purchase
I liked the concept of the forest that lead the heroine where it wished.

I think that if the author had worked the forest into its own story without introducing the palace/princess selection plot halfway into the book, the story would have read more smoothly. As it was, it lacked cohesion.

I found the heroine difficult to understand as she is hostile toward the hero from their very first meeting without provocation. And then, when he reveals the Big Secret (which the readers guessed a looong time before), she suddenly switches from hostility and resistance to acceptance and docility.
Read more
7 people found this helpful
Helpful
Comment Report abuse

Emily F.
5.0 out of 5 stars Beautifully re-imagined fairy tale.
Reviewed in the United States on February 7, 2019
Verified Purchase
Talk about being sucked into a story. I was almost immediately drawn into this fairy tale world. The magic was perfect. The romance was engaging. I am so happy I read this one. The characters were perfectly flawed and I could relate to them so well. The mystery was beautifully woven into the story and I found myself wondering about things that were eventually answered for me. What a rich fairy tale world, I can't wait to go back, there are other heroes and Heroines I want to get to know more fully. What a wonderful first novel. I will definitely read this one again.
Read more
8 people found this helpful
Helpful
Comment Report abuse
See all reviews

Tim and Mary
5.0 out of 5 stars A 5 star gem!!
Reviewed in the United Kingdom on February 22, 2019
Verified Purchase
Oooooh. I've found another 5 star gem!!! Love when I stumble across treasures like this! I saw the cover and was immediately enamoured (please can I live there??). Then I read the blurb and was intrigued. I wondered if the book would live up to my big expectations - and to my delight it did! Wow. Such a unique tale, with a deliciously mysterious vibe, which twists and turns unexpectedly like the pathways of the enchanted Forest. I love how it's based loosely on TWO fairytales (Rumplestiltskin and the Princess and the Pea) but is very much its own story. The hero is so swoony - witty, conflicted, and mysterious. Eileen herself we get to know more and more as she grows and blossoms through the story. The side characters are well fleshed out (I adore Rosie, and Liam is just hilarious!!) and I'm excited to find out which fairy tales they'll be in! Bring on the rest of the series - I'm in! :D
Read more
Report abuse
See all reviews