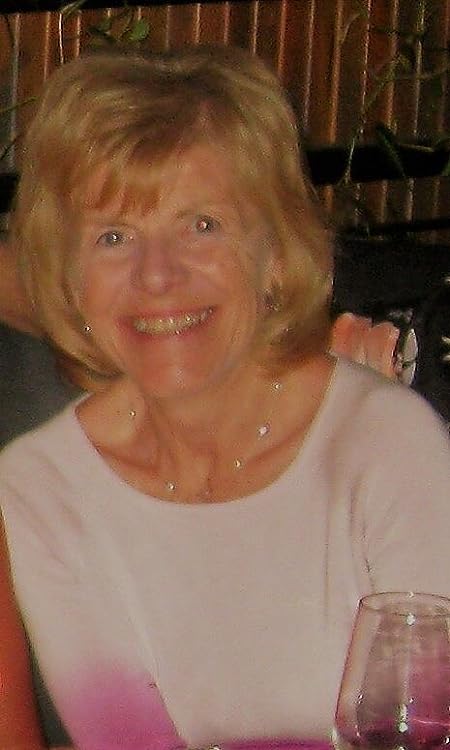 She is married to a loving and supportive man with a Greek heritage (which influenced a couple of her novels) and they live in southern New Jersey. Together they enjoy extensive traveling including trips to Greece and England. 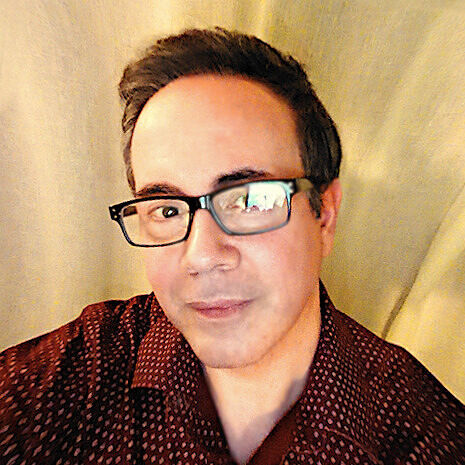 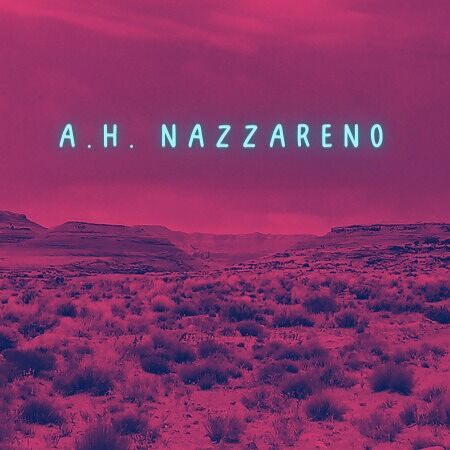 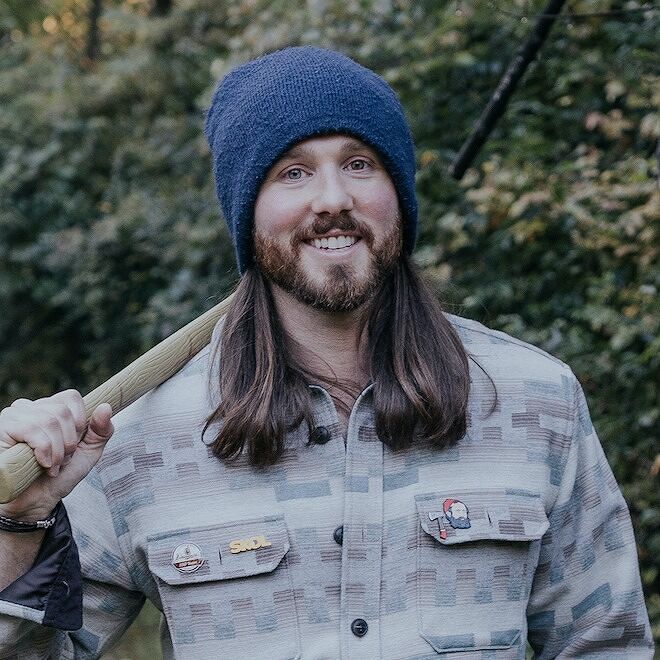 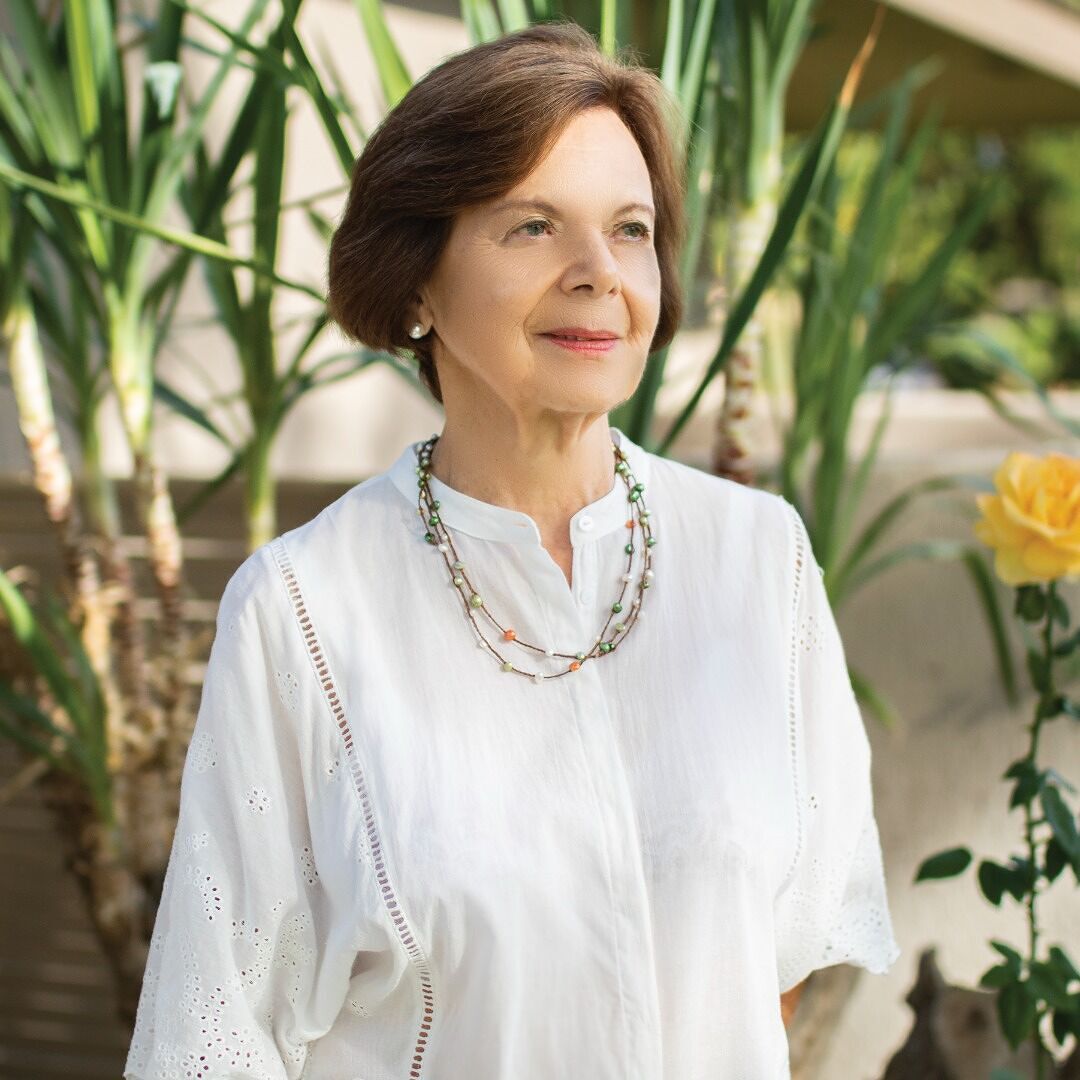 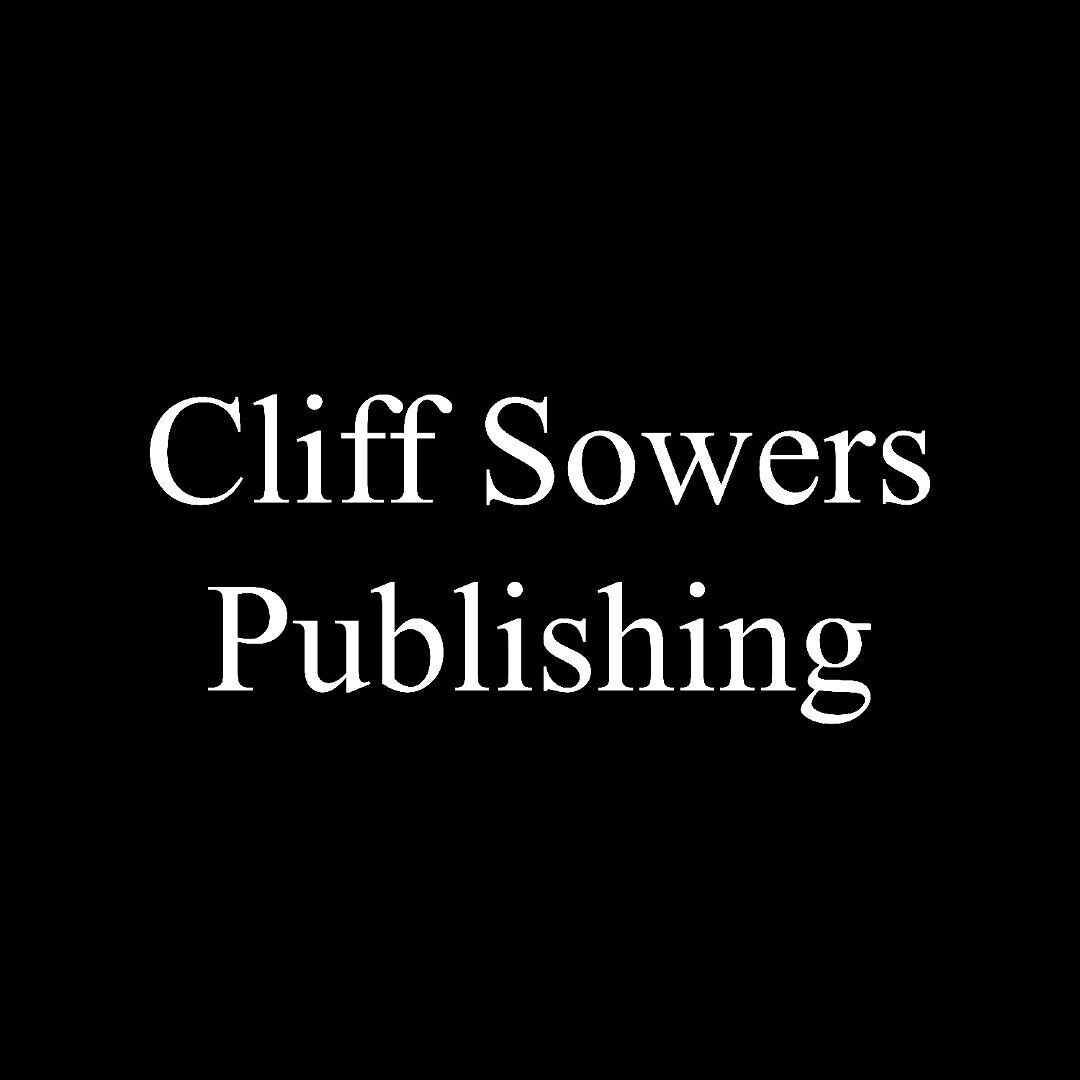 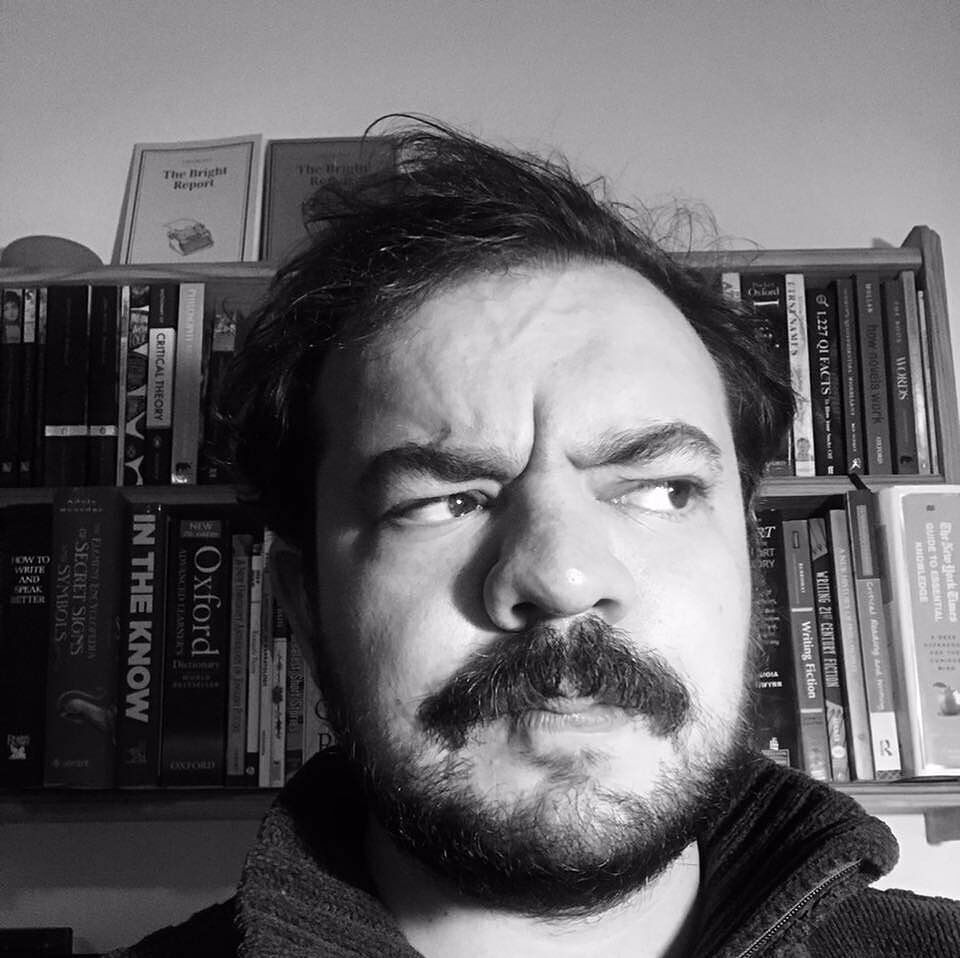 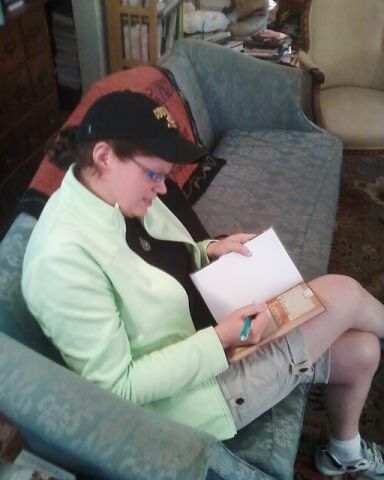 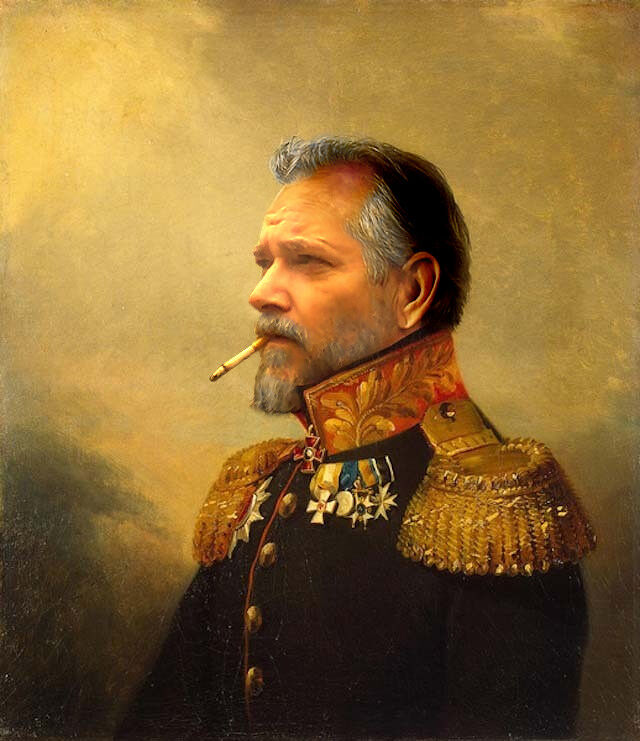 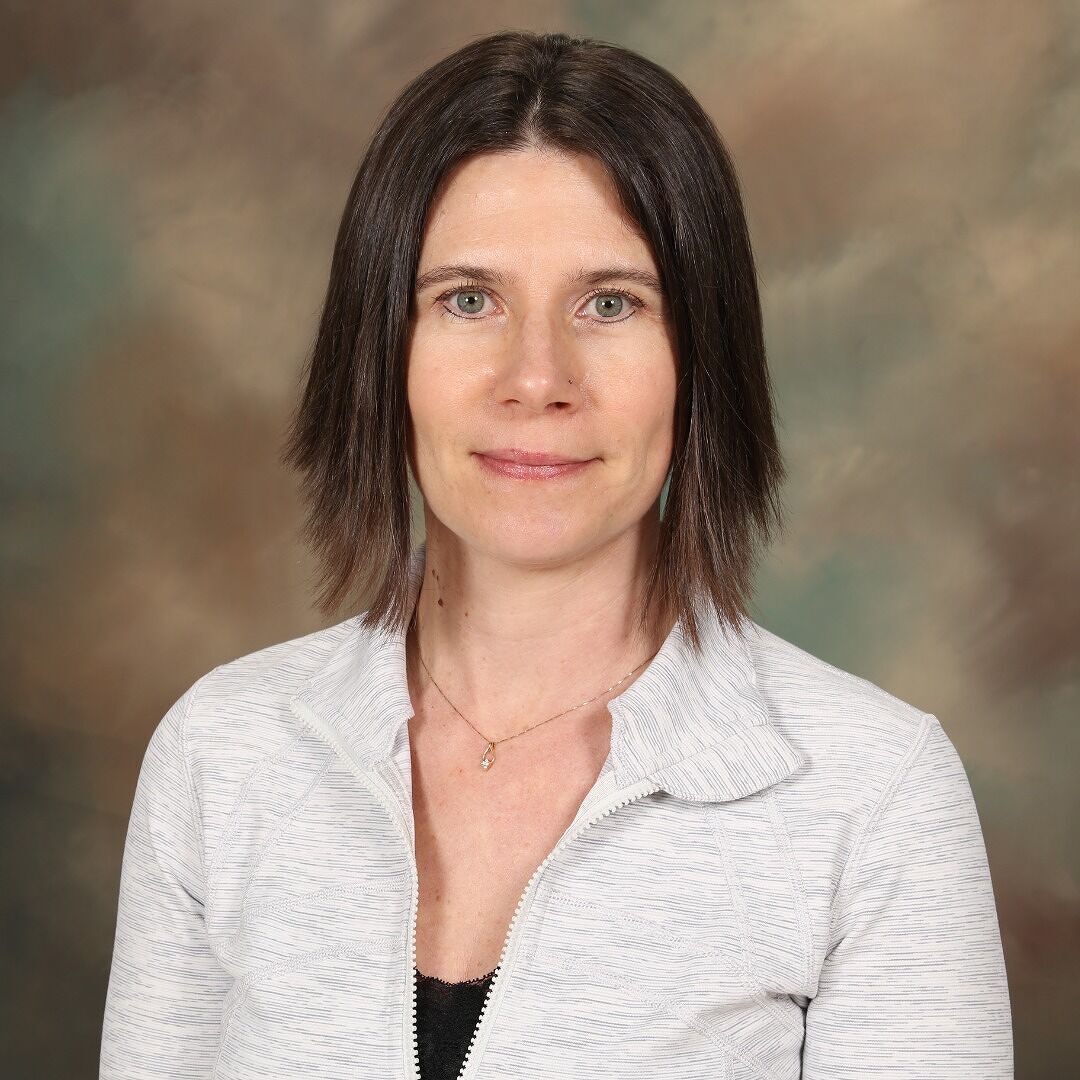 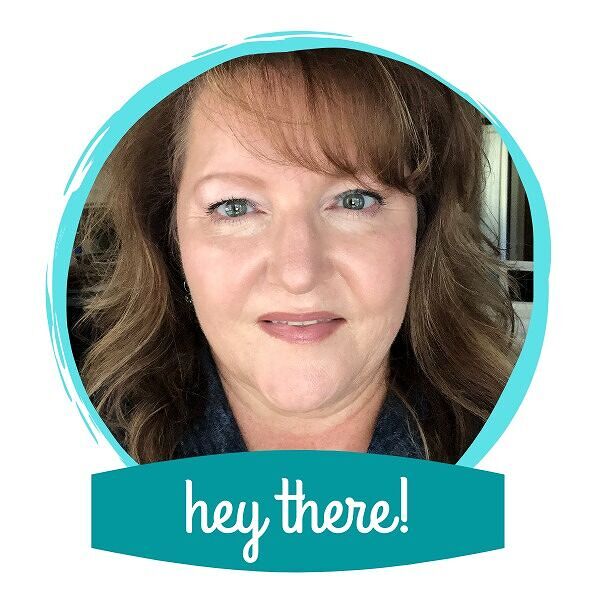 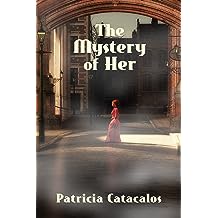 The Mystery of Her (The Zane Brothers Detective Series Book 1) May 29, 2016
by Patricia Catacalos
( 14 )
$2.99
London, 1888…Two serial killers, Leather Apron (Jack the Ripper) and the Torso Killer are mutilating women in the slums of Whitechapel. But even in the bedchambers of the peerage, a killer is claiming lives. A determined Lady Kiera Everett wishes to hire the Zane Brothers Detective Agency to prove that her sickly father, and two other ailing members of the peerage, were murdered by their attending nurse, named in each man’s Will. But only if Kiera can be involved in the investigation, much to Zachery Zane’s chagrin. And soon the murders of Whitechapel intersect with the investigation conducted by the Zane brothers.
Read more 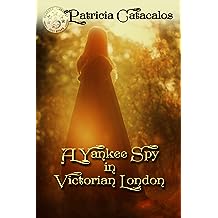 A Yankee Spy in Victorian London (Victorian Spy Series Book 2) Oct 29, 2013
by Patricia Catacalos
( 8 )
$2.99
England – 1865…Caitlyn Cody Carrington has come from America to England on a quest to exonerate her great-uncle accused of treason. But his supposed act of treason is but a ploy to ferret out an elusive double-agent. She is asked to play the role of angry, vengeful great-niece in the hopes of attracting the double-agent who will wish to use her disgruntlement to his advantage. Serving as a spy for the Crown, she must report to the mysterious spymaster, Raven, and partner with the charismatic Jonas Jacobs, Earl of Huntingdon. Both men intrigue, confuse and enthrall her…until she discovers why they both captivate her so.
Read more 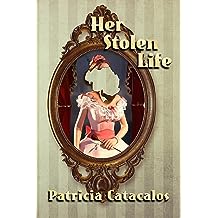 Her Stolen Life (The Zane Brothers Detective Series Book 4) Oct 19, 2017
by Patricia Catacalos
( 1 )
$2.99
London, 1888…Alexia Alexander has agreed to marry Evan Zane but only after he and his brothers determine her real identity. The clairvoyant Mrs. Lennon, who Alexia now calls Aunt Hattie, found Alexia as a child, lost and starving, in Whitechapel. While the Zane Brothers Detective Agency determines who Alexia is, the brothers are also following a man Mrs. Lennon psychically envisions to be Jack the Ripper. And, the two cases eventually intertwine.
Read more 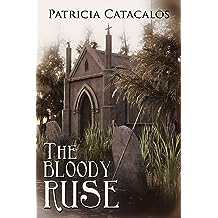 The Bloody Ruse (1832 Regency) Mar 19, 2018
by Patricia Catacalos
( 13 )
$3.99
London, 1832…Debonair Simon St. Lawrence, Viscount Waverly, lives a rakish lifestyle. So, his parents have arranged a marriage for him, much to his chagrin. Lady Marisa Denton is as opposed to the marriage contract as is Simon. Together, they scheme to dissolve the marriage arrangement but reluctantly fall in love. In the meantime, they are dangerously thrust into a search for a murderer in league with body snatchers selling cadavers to medical schools.
Read more 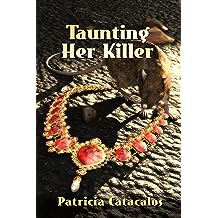 Taunting Her Killer (The Zane Brothers Detective Series Book 3) May 31, 2017
by Patricia Catacalos
( 1 )
$2.99
London, 1888…A clairvoyant has envisioned two men as potentially being Jack the Ripper. She hires The Zane Brothers Detective Agency to determine which man is threatening her. While investigating her case, the brothers are also searching for a missing woman who has stolen a valuable necklace. Oddly, the two cases intersect, making both investigations mysteriously perplexing. And, Evan Zane finds the clairvoyant’s niece Alexia equally mystifying.
Read more 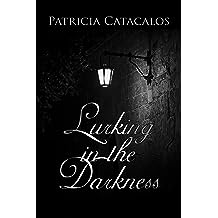 Lurking in the Darkness (1832 Regency Book 4) Aug 19, 2020
by Patricia Catacalos
( 2 )
$2.99
London, 1832...A despised man, Henry Gilbert, has been murdered and there are countless suspects including his own three daughters who he had physically and verbally abused. The assigned investigator, Chief Inspector Harrison Mendham, is physically attracted to one of the suspects, Sydney Gilbert. But he must focus and solve the case without allowing his chaotic emotions to sway his investigative instincts. After all, Sydney could be the murderer.
Read more 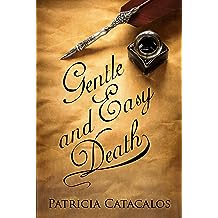 Gentle and Easy Death (1832 Regency Series Book 3) Jun 22, 2020
by Patricia Catacalos
( 7 )
$2.99
London 1832...Dr. Dorian Ennis suspects there is a 'mercy killer' killing patients on his hospital ward. And together, he and Lady Kathryn Jordan are determined to find the killer. Especially before the 'mercy killer' attempts to kill Kathryn's hospitalized father. But are these deaths truly merciful acts or are they of a more sinister nature? While investigating the baffling deaths, Dorian and Kathryn must also understand the perplexing whispers of their hearts.
Read more 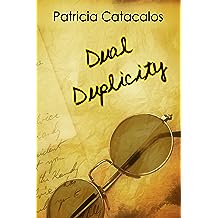 Dual Duplicity (1832 Regency Series Book 2) Aug 27, 2018
by Patricia Catacalos
( 8 )
$2.99
London, 1832…Miss Julia Maxwell has a secret and she fears that her twin Julian will unintentionally betray her while working as an intern with Dr. Bennet Caldwell, Viscount Holmes. If anyone should discover Julia’s secret, it would destroy Julia’s reputation and Julian’s chance to fulfill his dream of being a physician and surgeon. Already others, who wish Julian to fail, plot against him. Much to Julia’s surprise, it will be Bennet who will protect her and Julian.
Read more 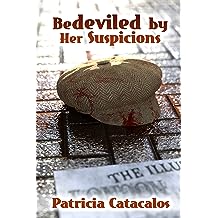 Bedeviled by Her Suspicions (Zane Brothers Detective Series Book 2) Dec 13, 2016
by Patricia Catacalos
( 10 )
$2.99
London, 1888… Leather Apron (Jack the Ripper) is mutilating women in Whitechapel. And Isabel Haynes achingly fears that her cousin, the enigmatic Thomas Haynes Cutbush, could be the serial killer. She hires the Zane Brothers Detective Agency to determine if her fears are founded. The roguish Noah Zane is determined to find the truth while protecting the captivating Isabel to whom he is losing his heart.
Read more 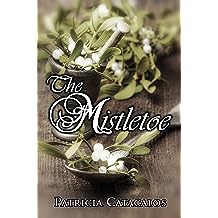 The Mistletoe Nov 13, 2014
by Patricia Catacalos
( 2 )
$2.99
England 1874…The irresponsible Marcus Brody is suddenly guardian to his recently deceased brother’s three little girls. Christmas is fast approaching and he needs help from the children’s maternal aunt, a reclusive young widow, Lady Alyssa, who wants nothing to do with her nieces. But in soliciting Lady Alyssa’s help, is Marcus unknowingly drawing her into a paranormal encounter with Spirits warning of mortal danger.
Read more 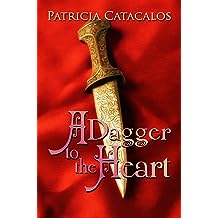 A Dagger to the Heart (Victorian Spy Series Book 3) May 5, 2014
by Patricia Catacalos
( 3 )
$2.99
England, 1866…An assassin has been hired to kill the United States Ambassador to Britain and the covert operative, Dagger, and his superior, Raven, must protect the diplomat while ferreting out the assassin and the person who hired him. And in order to stay close to the Ambassador, Dagger, in his real identity as Elijah Sinclair, Viscount Gilchrist must play escort to and ultimately protect the man’s two nieces, Aurora and Ginny. But who will protect Elijah’s heart?
Read more 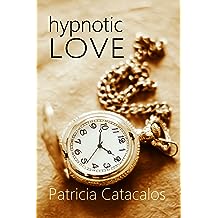 Hypnotic Love (Paranormal Series Book 2) Jan 9, 2014
by Patricia Catacalos
( 10 )
$2.99
England 1861 – The rakishly charming Charles Phillips, Viscount Chesterholt, is repeatedly surprised by a female nightly visitor who roams his country estate seemingly in search of something. She appears entranced. Is she real or ethereal? What is she seeking? In searching for answers, Charles enters a realm of mystery, deceit, and murder to discover who this woman is and why she ‘haunts’ him.
Read more