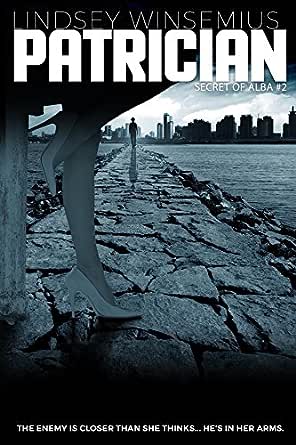 You've subscribed to Secret of Alba! We will preorder your items within 24 hours of when they become available. When new books are released, we'll charge your default payment method for the lowest price available during the pre-order period.
Update your device or payment method, cancel individual pre-orders or your subscription at
Your Memberships & Subscriptions
There was an error. We were unable to process your subscription due to an error. Please refresh and try again. 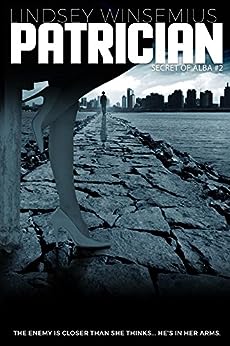 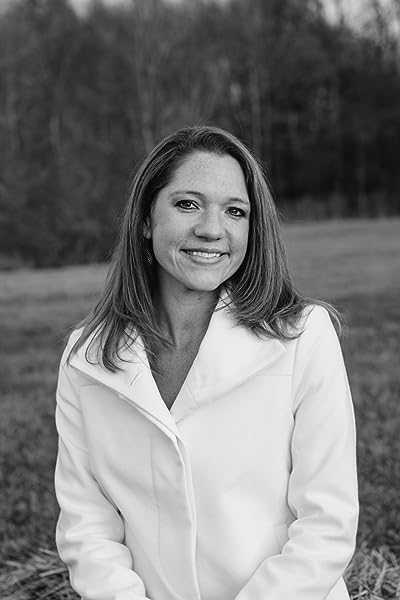 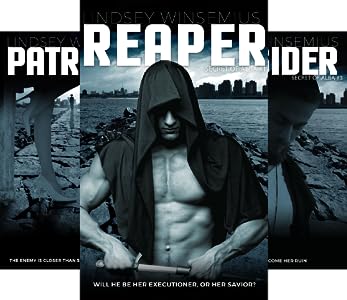 Lindsey Winsemius learned from a young age that books hold the key to new worlds. As a young adult, she was often caught with forbidden romance novels under her mattress. She lives in Grand Haven, Michigan with her husband and two young children. --This text refers to the paperback edition.

Mik H
5.0 out of 5 stars Exciting sequel that is captivating, fast-paced (you won't put it down!), and wonderfully written!
Reviewed in the United States on February 13, 2016
Verified Purchase
"Patrician" is the sequel to "Reaper," and it was overall an excellent sequel and an exciting book in the series. Whereas "Reaper" focused on the relationship between Aerina and Marcus, "Patrician" focuses primarily on the story of Lina, Aerina's best friend. We still get to hear about Aerina and Marcus, which is great because I really liked those characters (and it is interesting to hear what happens to them).

Similar to "Reaper," this story jumps right into an exciting storylinw. Lina, who is distraught that her brother died and is unsure of what truly happened to him, turns to her gardener, Jay, for comfort. There is immediately romantic attraction between them, but we quickly learn that Jay is a spy and a part of the Southern Empire sent to help acquire the Technology. Lina mistakenly puts her trust in Jay, and he captures her to take back with him to the Southern Empire (for reasons I will not disclose so as not to give away too much!). As Jay takes her as a prisoner back to the Southern Empire along with several other side characters (who I will add are colorful characters that are fun to read), their relationship becomes more complicated. Again, I won't give away too many details, but it is a complex development because not only do they grow in their relationship with one another, they also grow individually as characters in different ways. Both Lina and Jay discover much about themselves throughout the book that forces them to re-evaluate their own lives. Although Lina's character arc felt very strong and was easy to relate to, Jay's character arc was a bit more challenging to follow. It was more challenging mainly because there were times when I was unsure if his motives were innocent or more manipulative. This uncertainty also made it slightly more difficult to feel the strength of his and Lina's relationship throughout the book. In fairness, I did find myself comparing their relationship to Marcus and Aerina's relationship, which was quite strong, so my reaction should be taken with a grain of salt. The author still does a tremendous job of building Jay and Lina's relationship and showing that their individual character development is inextricably linked to their relationship development. In addition, the uncertainty that came with Jay's character ended up working as more of a positive in the book, because it often left me on the edge of not knowing what to expect next from his character, which was really exciting!

There were also a number of other colorful characters in this book that really added to my enjoyment. Some of these characters included the those that traveled on the journey to the Southern Empire, the President of the Southern Empire, and some of the President's children. They added additional complexity to the series and made for some humorous moments. Building on the first book, there was also much more description about what happened to the United States and how Alba and the rest of the societies came to be. These descriptions helped me to better visualize what this world might look like. It was fun to travel to the Southern Empire in the book, because it offered the reader a chance to learn about an entire new region of the country and what has become of it.

Overall, the author does an excellent job of captivating my interest in this wonderfully written sequel. There is a lot of nonstop action that makes it difficult to put the book down. It was a great sequel to the first book, and it left me feeling significant anticipation for the next book in the series. I look forward to reading the third book and hope that she continues to build on these stories and characters. Definitely read "Patrician" - I highly recommend it!
Read more
One person found this helpful
Helpful
Comment Report abuse

Jennifer L.
5.0 out of 5 stars Romance, Danger, and Adventure!
Reviewed in the United States on February 25, 2016
Verified Purchase
This book picks up right where the first one left off, but this time the story is more focused on Lina and Jay (a new character, who will stop at nothing to make Lina his.) Aerina and Marcus are still in this as minor characters, so we get to keep up with their story as well. It's a coming of age tale about Lina and how how extreme circumstances can make or break someone. It's full of action so no filler material is needed. If you've read the first one, this is a must read!
Read more
Helpful
Comment Report abuse

Fiona J Brady
5.0 out of 5 stars Great Dystopian Read!
Reviewed in the United States on February 26, 2016
Verified Purchase
The second installment of the Secret of Alba series was wonderfully written and this reader is looking forward to book 3. It continues with Aerina's friend, Lina and her struggle with her brother's death. If you haven't read the first book, Reaper....it's free in Kindle Unlimited. Enjoy :D
Read more
Helpful
Comment Report abuse

Michelle
5.0 out of 5 stars Not just another romance novel!
Reviewed in the United States on April 7, 2016
Verified Purchase
Like romance? Like adventure? Then you'll love The Patrician, the second book in The Secret of Alba series. This follow up to The Reaper introduced two new lead characters and gave insight into the Southern Empire, their leader and of course their soldier "The Wolf" - who sparks a steamy romance with an unsuspected Patrician. A great read featuring a strong female character, suspense, romance- I couldn't put it down! Looking forward to the third book in this series, The Outsider and future titles from an on-fire new author Lindsey Winsemius.
Read more
Helpful
Comment Report abuse

Medusatroll
4.0 out of 5 stars Dystopian romantics, don't want to miss this novel!
Reviewed in the United States on October 4, 2018
'Patrician' is a futuristic Sci-fi romp with romance peppering it's pages.

Lina, an intelligent computer tech, Jay, a handsome spy, meet in a forbidden tryst between two castes. However, Jay's not a lowly gardner, and she's not a fragile sophisticate. Mix in stolen technology that can make one section of the world supreme leader above others, rival nations, and some serious Stockholm syndrome, and we have the overall plot to this novel!

Having read the first installment of the series, 'Reaper', it was nice that characters you knew in the first, were seamlessly integrated in the next. The main protagonist, Lina, does develop nicely and her character evolves throughout the series. The romance is built in a way that is pretty believable with the situation. Though at times, Jay's anger towards Lina as to why she wasn't jumping into his arms irked me. He stabs her for crying out loud, give the woman some time!

Character POV switches sometimes had me rereading some of the lines, but overall, this was an entertaining page-turner that fits nicely into the series.