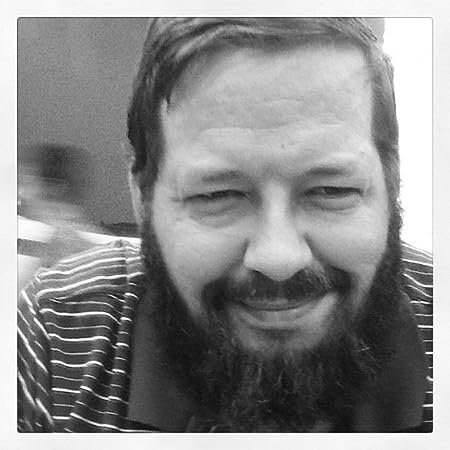 I'm an author living in the Houston-Galveston area. My writing is, as you can see, eclectic, and I love what I do, so you'll see plenty more from me in times to come. Feel free to browse and download my works, and visit often for fresh updates! 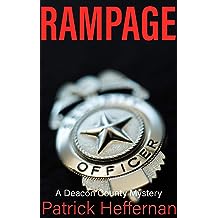 Rampage: A Deacon County Novel (Deacon County / Crash Braddock Book 1) Mar 12, 2020
by Patrick T. Heffernan
( 7 )
$3.99
Deacon County, Texas. It’s home to 155,000 people, a rural county of around 900 square miles, a place where people don’t even lock their doors when they leave home. The sheriff is 27-year-old Billy “Crash” Braddock, groomed young to have been sheriff by his predecessor, Ernie Chavez. But Ernie’s plan of spending ten years shepherding Crash into the top spot is set aside when he’s medically retired after an injury, an amputation, and a heart attack make a perfect storm to force him out. Using the county political machine, Chavez sees to it that his protégé is elected sheriff. But Billy is smart enough to feel unequal to the demands of his lofty position.

Then a serial killer appears, first with the gruesome killing of Jack Terrence, a local bad boy Lothario who seems to have bedded any number of women in and around Deacon without regard to age or race. Soon after, his bedmates start falling victim to the killer and Crash is forced to match wits with this skilled and intelligent murderer, who kills without remorse, leaving virtually no evidence behind but the slugs in the bodies and expended shell casings as the murders escalate, threatening any number of women and the barely-begun career of Crash Braddock. 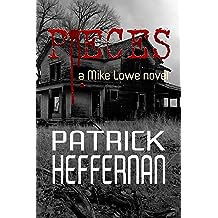 Pieces: A Mike Lowe Novel May 22, 2016
by Patrick Heffernan
( 14 )
$3.99
It was supposed to have been just another routine night for Mike Lowe, a newly-promoted sergeant working Homicide in the police department. But then the call came, the call that would forever change his life, and the lives of so many people surrounding him. An anonymous call reports that body parts are scattered all about a vacant house.

When the police enter the house, incendiary devices go off, killing more police on the scene. Suddenly, Lowe finds himself in command of a task force he barely feels qualified to lead. Among the prime suspects are a fundamentalist church and a high-ranking police captain in his very department. Lowe must find and stop these people before they stop him as the killers continue escalating their game … 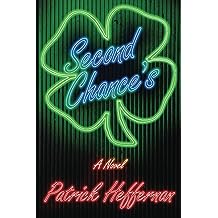 Second Chance's Aug 11, 2014
by Patrick Heffernan
( 6 )
$3.99
Boston, Massachusetts, 1975: Charley Murphy is walking home down an alley when he witnesses a murder committed by Lucas Kerrigan, the leader of a Boston criminal enterprise. Bound morally to report what he has seen, he does so, but it comes at a very high price to the young Vietnam veteran. Kerrigan orders Murphy’s brother savagely beaten, and then has his father murdered in attempts to intimidate Charley. But Charley testifies and Kerrigan is convicted. Even so, it is obvious to everyone, even Charley, that he must enter Witness Protection, then a fairly new program of the US Marshal Service in the war against crime.

Rio Azul, Texas, 1981: Chance Donovan, a self-described “recovering Yankee” from Providence, Rhode Island, arrives in Rio Azul, Texas. Recently graduated from the University of Virginia with a degree in business funded from an inheritance, he declares firmly that he wishes never to see another snowflake again. And so he builds a bar in this rural county, a simple beer joint called Chance’s. A tragedy of happenstance sees the bar destroyed, but Chance is determined that here is where he will make his new life. He rebuilds, dubbing the reopened bar Second Chance’s. But Donovan is determined to provide the locals more than just a place to have beer and barbecue. No, Donovan makes his business live up to its name, affording a variety of people new opportunities in their lives. Along the way he gains family not from blood but from affection, making his life a testimony to the inherent goodness of a man.
Read more
Other Formats: Paperback 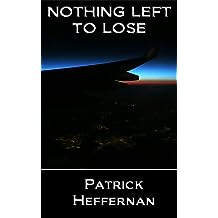 Nothing Left to Lose Nov 6, 2013
by Patrick Heffernan
( 10 )
$3.99
Kevin Sullivan is an architect and former Marine. He and his wife Ellen have a son named Tommy, a great kid who is nuts for the Texas Rangers. While Kevin had to stay home and work, Ellen took Tommy to Disneyworld for Spring Break. On their way home, a bomb goes off on their plane, killing all on board. His life upended, Kevin tinkers with the idea of suicide, but is more attracted to the idea of revenge. His decision made, he begins a new mission and embarks on a new life combating terrorism, by whatever means he decides are necessary.
Read more
Other Formats: Paperback 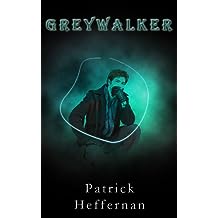 Greywalker Mar 22, 2012
by Patrick Heffernan
( 5 )
$3.99
Amos Garr is in the trucking business, just another working stiff with a wife and a son, by all appearances successful and a fairly likeable guy, if a loner. If you met him on the street you’d likely forget him minutes later. He is unremarkable. But when sleep claims him, the story is different. He fights for the Light, venturing bravely into the Darkness to carry the battle and serve in Michael’s army. He is a noteworthy assassin when occasion demands, and is known and feared in the Otherworld where he does his best work. This is his journal, the journal of a Greywalker, one who did not volunteer, but one who serves and the price he pays for his service. Follow him into the frightening world that lies beyond the waking mind. Go with him into the Darkness.
Read more 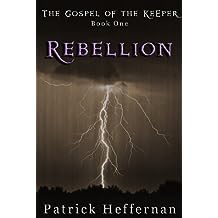 Rebellion: Gospel of the Keeper (The Gospel of the Keeper Book 1) Aug 21, 2011
by Patrick Heffernan
$3.99
Princess Elinia has reached womanhood. The gods have anointed the stable-hand Artolo to be her Keeper and Protector. Soon, a rebellion is fomented in a duchy and Elinia and Artolo discover love and passion, and experience war and bravery and all the cruel kindnesses of the gods as they become legends in the Realm.
Read more