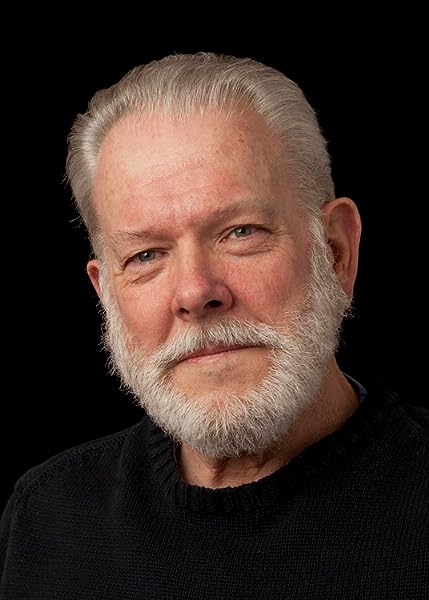 by Charles M. Province (Author)
4.0 out of 5 stars 25 ratings
See all formats and editions
Sorry, there was a problem loading this page. Try again.

A history and study of the life and career of General George S. Patton, Jr. This book contains a wealth of knowledge concerning portions of Patton's life that have not been explained in previous biographies. Learn the truth about the "slapping incidents," read about Patton's personal philosophy of life, war, and citizenship, and find out why the General was planning on resigning from the U.S. Army instead of simply retiring.
Read more
Previous page
Next page

Charles M. Province is the president and founder of the George S. Patton, Jr. Historical Society. He is the author of "Patton's Third Army," "Patton's One-Minute Messages," "General Walker: The Man Who Saved Korea," and "Patton's Punch Cards." He owns the largest personal collection of Patton material and memorabilia in the world and has studied the life, career, and philosophy of General Patton for decades. His website at "pattonhq.com" is considered to be the best Patton reference on the internet.

Charles M. Province grew up in a small mining town named Flat River, Missouri and on his Grandpa's farm near Irondale, Missouri.

Following High School, he joined the U.S. Army and learned to wire and operate the ancient "IBM Punch Card Machines" - the precursors to today's computers.

He began his newspaper career as an RCA-Spectra70/45 operator for Copley Computer Services, Inc. in Pacific Beach, California. He then moved to Copley Newspaper's Corporate headquarters in La Jolla, California where he was Lead Operator for the DECsystem-10 which ran the Copley Press consolidated services. From there he transferred to the San Diego Union-Tribune publishing plant in San Diego where he worked as Computer Liaison and Desktop Computer Specialist. His career with the Copley Newspaper organization ran for thirty-six years until his retirement in 2005.

Mr. Province has written and published a number of books on varied subject matter, including General George S. Patton, Jr., the Third Army, the Korean War, World War II, military history, computer science, Missouri history, and autobiographical memoirs. His most recent work concerns his years with the Copley Newspaper Company and a short history of the Copley family.

He is an accomplished actor, author of stage plays, singer, and all-round entertainer. He owns a small publishing house that helps people publish family histories. Mr. Province is available for book readings, lectures, and other entertainment work.

Mr. Province may be contacted via email at cmprovince@gmail.com.

4.0 out of 5 stars
4 out of 5
25 global ratings
How customer reviews and ratings work

Amazon Customer
5.0 out of 5 stars "I'm a hell of a guy. I'm giving the men hell one minute and crying over them the next."
Reviewed in the United States on February 3, 2009
General George S. Patton was one of this country's greatest leaders and that wasn't because he liked to use frank language that would get the attention of the troops. He was both compassionate and a hardass, and that was well recognized by the officers and men under his various commands. That's why he was respected.Unfortunately, this rather bellicose historical figure will be probably be remembered by most as a bureaucratic loudmouth, as a result of the character portrayed by George C. Scott in the film, "Patton." It's unfortunate; Even though that film may have brought a great figure such as George Patton to light, in reality, the real Patton was a far more impressive personality.George S. Patton was an olympic class athlete. As a modern tactician and strategist, he was almost without peer. He was a true warrior in the very classic sense of the word. In fact, his style of leadership influenced future generations of military leadership across all branches of the U.S. armed forces.Above everything else, Patton understood the relationship of the individual to the group in all arenas of endeavor, but particularly, to that of modern land warfare. Patton saw the value of management and discipline on all levels, from the Corps all the way down to the individual GI. Most importantly, he saw that only a fit body could carry a fit mind, and that's exactly how he carried himself. Simply put, his ways of thinking and personal philosophies inspired others to otherwise accomplish tasks that were either impossible or too unpleasant to think about."The Unknown Patton" was written by Charles M. Province. At the time this book was published in 1983, Province was President of the George Smith Patton, Jr. Historical Society."The Unknown Patton" contains both personal material and memorabilia, and includes the text of Patton's speeches to members of various combat units prior to the Normandy invasion. The book is illustrated with about a dozen black and white photographs dating from 1943 in Palermo, all the way up to the surrender in Europe in May of 1945.This volume notably contains three letters of instruction that Patton prepared for circulation among the officers in his command prior to the invasion of Europe. These letters serve as further evidence of Patton's great capacity for thoughtful leadership in the face of sometimes very unfavorable circumstance.With good historical accuracy and some journalistic flair, Province begins his chronicle with a chapter that portrays the young George Patton as energetic, scholarly and strong willed. The following chapters describe his initiation into modern warfare in Mexico under Pershing, include a nod to Patton's wife Beatrice, and culminate in a discussion concerning common misconceptions about the infamous slapping of two soldiers that took place in August of 1943 on the island of Sicily and several other incidents. Also included are a series of vignettes that appear in the chapter "The Philosophy."While "The Unknown Patton" isn't something that reads like a novel, it has not been strung together like the typical sort of mumbo-jumbo written for aspiring historians or mutual admiration societies. "The Unknown Patton" is an otherwise easy read for most laymen and will be informative for devotees of Patton and his personal philosophies. I recommend it highly.
Images in this review

Fritz H. Riley Jr.
4.0 out of 5 stars Patton was right!!!
Reviewed in the United States 🇺🇸 on October 6, 2019
Verified Purchase
It was a good read with lots of Patton's quotes and comments about a variety of situations and people. He didn't have a lot good to say about Eisenhower and Bradley and nothing good to say about Montgomery. The author proved that most all of Patton's plans and strategies were correct even though many were ignored by higher command. It had a little too much of his philosophy and rules to live by - many of which were repetitive. But all in all a very good book.
Read more
3 people found this helpful
Helpful
Report abuse

Amazon Customer
3.0 out of 5 stars the author loves and admires Patton -
Reviewed in the United States 🇺🇸 on July 15, 2015
Verified Purchase
This book is written for those who want to uncritically admire Patton - the author admits no weakness in the man as a person nor as a general. Patton is described as the best general in the army and all the other generals only got where they were by stealing his ideas - they were all pushed ahead regardless of their inadequacies, leaving poor general Patton behind - he the best of the best!

The author denies and denigrates the very idea of battle fatigue - in his estimation, along with general Patton's the guy with shot nerves was a coward who should just have been shot at the unit level.

The author has several derogatory things to say about homosexuals and their trustworthiness and reliability. The author finds fault with just about everybody in the world except George Patton.

Amazon Customer
4.0 out of 5 stars A Must for Patton Acolytes
Reviewed in the United States 🇺🇸 on June 20, 2013
Verified Purchase
This is an eclectic collection of little known writings by Patton and articles written about him. There are kernels of wisdom for life and leadership on nearly every page.

I have a battered, dog-earred print out copy of this tome back when Province had it posted on his website. I wanted to get the printed book to reference.

The only thing it misses is Patton's written Command Philosophy from his time as a Regimental Commander in 1919.

Aside from this minor point, this book is a cherry on the top of any Patton reading list.
Read more
6 people found this helpful
Helpful
Report abuse

Sailor Rick
4.0 out of 5 stars Very Pleased with My Purchase
Reviewed in the United States 🇺🇸 on October 29, 2013
Verified Purchase
The book arrived in very good condition. Some tearing on the cover, but acceptable. The book itself was great. Province goes into quite a bit of detail about many of the stories about his dealing with other officers and his men. I have previously watched the movie, Patton but I must admit that the book gave me a much better picture of this great man.

I am thrilled with my purchase!
Read more
2 people found this helpful
Helpful
Report abuse

bobc
5.0 out of 5 stars An American Hero
Reviewed in the United States 🇺🇸 on November 30, 2012
Verified Purchase
I have the movie "Patton". This book goes into detail about the man.

He supplies information about incidents. He just copies a document/transcript/letter without giving his interpretation.

The author allows the reader to draw his/her own conclusions.

Everything in the movie is noted in the book.

The movie version of the "slapping incident" is not exactly what happened.

Given the situation at the time, the punishment was unwarranted. It was a political reprimand rather than a military one.

Thomas N. Osborne
4.0 out of 5 stars Four Stars
Reviewed in the United States 🇺🇸 on December 18, 2017
Verified Purchase
Good info on his life that is not in the movie "Patton."
Read more
Helpful
Report abuse

Paige B. Sawyer III
5.0 out of 5 stars Reliable seller
Reviewed in the United States 🇺🇸 on January 25, 2020
Verified Purchase
The product arrived as described and within due delivery date. I would by from this seller again.
Read more
Helpful
Report abuse
See all reviews