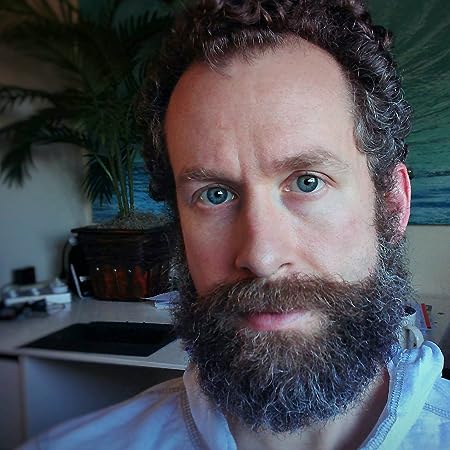 Paul Gatts is a Science Fiction author, a computer scientist, and futurist. One might describe his work as "technological realism".

His debut series "RISE: Telekinesis in the 21st Century" presents a future where the ability to move objects by thought alone is commonplace. RISE is a commercial system of ubiquitous human engineered molecular machines, interfaced into the human brain. This exploration of a "what if" begins with implications of a dangerous divide opening between advanced users and the late and non-adopters. When the brewing conflict reaches the interface, it erupts into the Psychological Wars.

Paul has worked in the tech industry for the past seventeen years doing concepting, design, and software development. He lives in Seattle with his four kids and two beta fish. 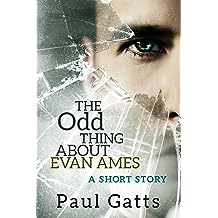 The Odd Thing About Evan Ames: A Short Story May 6, 2015
by Paul Gatts
$0.99
Evan seems like an ordinary enough guy; he lives in the burbs, has a wife and two kids, but something peculiar about Evan begins to reveal itself when his wife makes one simple request.
Read more 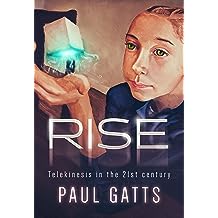 RISE: Telekinesis in the 21st Century (Book 1) Nov 28, 2013
by Paul Gatts
$3.99
How will your life change when the ability to levitate objects with your mind is as common as making a phone call or riding in a car?

This is RISE; the first release of nanotechnology that transforms thought into levitation (ie. man-made metachlorians). This historical report chronicles the effects of the innovation on eight people from very different walks of life, prior to its introduction.

Emma Williams' struggle to save a child in the middle of a dark road through sheets of freezing rain ended in a flash of headlights and a spray of safety glass. Seconds later she was looking up into the face of a paramedic, alive but unable to move or feel any part of her body.

Lee Waynes was a street vandal and aspiring subversive artist who along with his buddy, Flinch, discovered a unique way to get their work up everywhere without legal reprisal. The two experimented with new forms of electronic graffiti and found themselves skyrocketing to fame in the world of guerrilla art.

Beatrice Parker was only seven when her mother's alcohol and drug problems begin to have an impact on her family. She coped, along with her sister and father, by ignoring the problem and focusing on creating a new kind of magic show, the likes of which the world has not yet seen.

Craig Hastings worked behind the counter of a small photography shop by day and nursed an out-of-control gambling addiction at the casino by night. Cut off from access to his wife's accounts, Craig discovered that being able to print up physical objects at work with an industrial scale 3D printer was almost as good as printing money.

Garrett Finn was a soldier going off to war. Frank Harris days were spent moving boxes in a warehouse. Lauren Knight was a designer at a large high tech corporation. Tyler Ellis was a high-school student and drummer in a rock band.

Learn how life is transformed as telekinesis becomes an everyday occurrence, mediated only by your time to practice and your ability to pay for the service. How will society adapt as this superhuman ability puts a chasm between those who adopt it early on and the laggards who fail to do so? What about the dangers of nanotechnology itself, when self-replicating machines can tear apart and reconstruct all matter that it comes in contact with at exponentially increasing rates? How might terrorists manipulate technology that interfaces directly with the mind?

Find out today, in the first book of RISE: Telekinesis in the 21st Century.
Read more