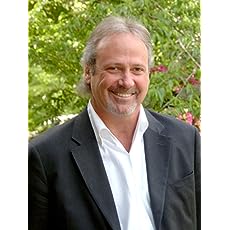 Dr. Paul Howard was born and raised in the South and received his MD from the University of Alabama in Birmingham.

The author of numerous blogs regarding plastic surgical training and procedures, he has contributed a number of historical pieces to medical journals as well as political reporting regarding medical issues affecting the practice of medicine today.

Perception as Reality: The Life and Times of Tedy Merrill is his first novel. Dr. Howard is currently in the finishing stages of his next fiction novel continuing the nefarious adventures of Tedy Merrill.
Read more 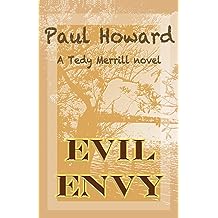 Evil Envy Jul 10, 2017
by Paul Howard
( 1 )
$6.99
Evil Envy is the sequel to Perception as Reality where the protagonist, Tedy Merrill has fled Paris trying to escape the Russian Mafia. Tedy chooses Miami to begin a new life and a new plastic surgery practice. On the final page of Perception, Tedy visits the Russian and Turkish Baths on Miami Beach, accidentally finding Sophia working there for the Russians. During a previous trip to St. Tropez on the French Riviera, Sophia was assumed drown after a boating accident although her body was never found. Tedy realized he loved Sophia and ended up divorcing Jessica, his first wife. The irony is that Tedy discovers Sophia alive in Miami; now he must find her at all costs.
In Evil Envy, Tedy has settled into his new life as a renown plastic surgeon in a city known for its beautiful people, wealth, drug trade and the deadly Russian Mafia. Tedy finds out Sophia has become involved with the new Russian Mafia chief, Ivan Kasparov; a truly despicable man who knows all about Tedy’s past with the Mafia in Paris and would kill him if given the chance.
Novel opens as a flashback, one year in the past, with Tedy searching for Sophia in the ultra-exclusive nightclub LIV on South Beach. Tedy knows Sophia is Kasparov’s “arm candy” and will be protected by armed men. Kasparov’s men intercept Tedy before he reaches the couple, take him to their car and bludgeon him unconscious before driving to the Mafia’s cabin. They torture Tedy brutally to the point he is almost dead. Sophia volunteers to finish the job with a headshot much to Kasparov’s pleasure. The Russians go outside to smoke leaving Sophia alone with Tedy for a moment. At the last second she whispers to Tedy she will fake the headshot and tell his friends where to find him. Tedy is found the next day, nearly dead, by his cadre of off-beat friends.
The story reflects Tedy’s life and the nature of the city where he has chosen to practice; full of glitz, glamour, nightclubs, celebrities and swimsuit models; all jacked up on their drugs of choice-ecstasy and methamphetamine.
Everyday life in the subtropics finds Tedy and his eclectic group of friends struggling with the major theme of the novel; how individuals react to the presence of evil which is all around them. Clint, Tedy’s best friend and trainer, is murdered by the Russians in collusion with the Outlaw motorcycle club who share most the drug trade in Dade County.
Merrill finds his revenge for Clint which puts him on a collision course with Kasparov and Sophia. The story picks up after Tedy is almost killed at the Mafias swamp cabin. After weeks of recovery and planning, Tedy lures the Russians to his territory in the wilds of the Florida Panhandle. It is here in the intense summer heat and humidity that Tedy and a few chosen colleagues from the past dispatch the Russians except for Kasparov and Sophia who are left for the end.
The final irony has Merrill willingly killing Kasparov, on his knees begging for his life leaving Sophia a chance to survive. Her decision is the wrong one and Tedy puts a forty-five caliber bullet in her beautiful
Read more
Other Formats: Hardcover , Paperback 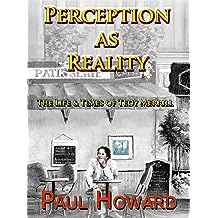 Edward Mark “Tedy” Merrill grows up in the deep South surrounded by friends, bicycles, and baseball cards. A series of troubling and defining events throughout his life lead him to the field of medicine, where he eventually settles into a lucrative position as a top plastic surgeon.

But after becoming terribly disillusioned with the state of the health care system in the United States, he and his brilliant wife move to Paris, France, where they develop a lucrative Internet company based on what has become of the decimated American medical system.

When Tedy meets the son of a former career diplomat, he and his wife are introduced to the violent world of the Russian Mafia. Tedy becomes deeply entangled in a dark underworld—ripped away from his medical roots and immersed in a dark, evil side of his psyche. As Tedy’s involvement with the Russians deepens, they become more persistent, dedicated—and dangerous. He must find a way out. Or end up dead.

A powerful psychological thriller, Perception as Reality: The Life and Times of Tedy Merrill is a sobering look at a life’s accumulation of experiences—and their devastating consequences.