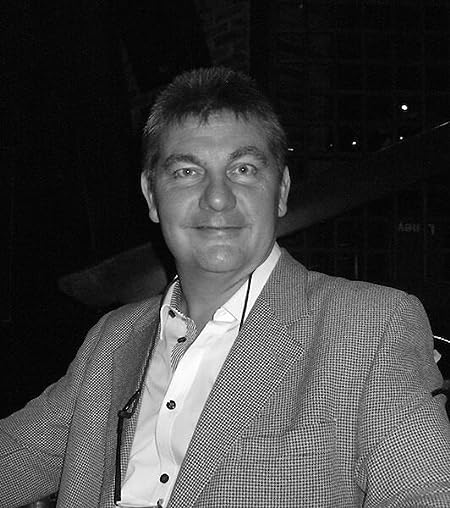 Paul was born in Robin Hood country, Nottingham and spent most of his childhood between there and Portsmouth.

He left home to join the military and served in the Royal Marines and The Royal Military Police after which he worked as Physical Education Instructor teaching and coaching multiple sports and activities in the Home Office. He’s also worked as an International Security Consultant and taught Business Studies, Coaching, and Management before taking up a post as the Head of School in a secondary school.

All of these endeavours have provided Paul with a plentiful supply of material (and characters!) for a fulfilling writing life.

Paul loves hearing from readers, so please feel free to get in touch with him.

You can find him at:

Thank you for dropping by this profile. 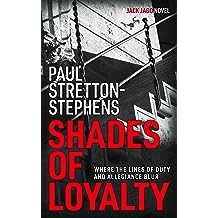 Shades of Loyalty, a Crime Action Thriller That Conveys a World of Duty, Expectation, Divided Loyalties, and REVENGE.

When law enforcement agencies in five different locations across two countries can’t solve a string of deadly explosions, a drowning and the theft of £24.25million, it’s time for Jack Jago and his team to join in. Only they don’t have to play by the rules.

Undaunted by the possibility that the perpetrator may be a professionally trained killer, Jago’s expertise and innate sense of justice drive him to find a solution to the murder and mayhem.

The problem for Jago and his team is that if they’re right, they may have only a matter of days before the next attack. When or where will they strike next?

This compelling crime action thriller takes place in England, Spain and the USA before sweeping to a thrilling conclusion.


"This incisive fiction ensnares the reader, compelling them to join in the hunt."

What the Readers Are Saying

"Summer is a great time for this book to be released. Action and fast-paced at that! You will hopefully have a boss that doesn’t mind you are half asleep from staying up all night reading this book:)"

"If you enjoy a strong main character backed by a strong supporting cast you will love this book. Pages seem to turn themselves and time becomes a blur. Don’t start reading this at bedtime or you’ll never get to sleep."

"This book was incredibly captivating from the very first moment I read the first lines of the book. When I started reading it I was unable to put it down, the adventure the action and the slight tilt of romance including all make it a compelling story with such strong imagery imposed in the words that it's almost like you're watching a movie in your head as you're reading the book. I received an ARC and was so lucky I did because this book was absolutely amazing. It was the best work I've read in a long while. I can't wait to read more by this author, definitely one to keep an eye out for."

“I’ve just finished Shades of Loyalty and it was as good as expected. I'm really enjoying this series. I really recommend these books. Jago and company are everyone’s heroes.”
"A great fast-paced thriller"


"This is a non-stop adventure with a strong convoluted plot. Jago had to solve a puzzle and stop further crime committed by as-yet-unknown suspects. He has assembled a crew who are equally as smart and tough as he and will stop at nothing to accomplish the final goal. I look forward to more adventures from Jago, Abi, Bernie, and Dom."

"Once I started, I couldn’t put the book down. Story moves fast and I kept reading not wanting to miss the next twist. Well written. If you like spy thrillers, this is a great one.
Part I really liked about this author is, Though it says it is book 2 in the series, it is completely self-contained. So many authors write one story but break it into many different books, which Paul did not." 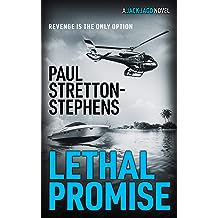 A deadly cocktail of business and ideology, where revenge is the only option.

Disaster strikes while Jago is enjoying a holiday in Australia with his friend Hunter and their respective partners. A well-orchestrated and merciless attack on innocent civilians results in multiple casualties, some of whom are close to Jago. Now he wants to know: who did it, and why?

Jago’s immediate pursuit of the culprits is the tip of the iceberg, and the authorities enlist him to track down the ruthless attackers. Governments often hire Jago to undertake risky contracts, but this time it’s personal. And for Jago, revenge is the only option: he’s made a ‘lethal promise’ to bring the perpetrators to justice – his justice – and he intends to keep it.

The hunt is on, and it tests Jago’s investigative and military expertise to the limit as he travels along the wild coast of Australia, to the exotic Maldives, and to the paradise island of Mauritius.

The question is, can Jago fulfill his promise before the attackers strike again? 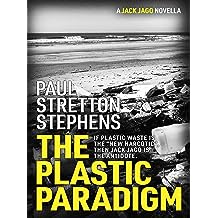 Read this crime action thriller novella, the first in the series.

The Plastic Paradigm – If Plastic Waste is the “New Narcotic”, then Jack Jago is the antidote.

In this fast-paced novella:

After a top government research scientist and his assistant go missing, Jack Jago, an independent Security Specialist goes undercover, posing as a lone fisherman, where he’s at home on the water and busy gathering samples and intelligence.

One evening a ship in port weighs its anchor, revealing the body of a young seaman. His killers had tied him to a link in the anchor chain, and now they’re after his contacts, but why?

Although Jago is happy to work alone his life moves up a gear, to the level where he is most comfortable – one teeming with action and danger, where he has to outsmart and defeat his criminal adversaries.

The question is: Can Jago prevent further loss of life while bringing the upswell of corruption, death, and plastic pollution to an end?


What the Reviewers Are Saying:

“Meet the next James Bond. Jago is definitely someone I’d want on my side.”

“I’d spend money and time to watch it in movie form.”

“A very enjoyable book with believable characters and storyline. Loads of action from start to end. Reminded me a bit of Zeb Carter. Hope to hear more from PAUL, I do like to read series books and get to know characters and this one looks very promising xx” 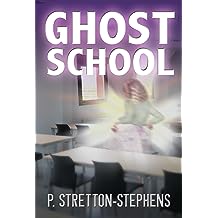 Ghost School Jun 29, 2016
by P. Stretton-Stephens, Allison Curtis (Cover)
( 2 )
$0.99
If you love short reads and ghostly tales, then this book is for you. Freddie Fuggins is a seasoned and popular teacher whose life is full of routine until early one morning he enters his classroom and hears a voice. He quickly dismisses the ghostly young voice, but it persists. His new pupil has an unusual request one that encourages the arrival of some rather unexpected guests. Will Freddie rise to the challenge or go out of his mind? One thing is for sure he will never be the same again.
Read more 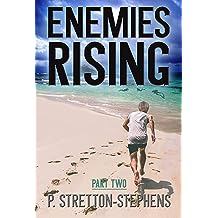 Time is running out, and Tacrem leads a gripping confrontation against the Fligers and a new, as yet unknown black-clad enemy which involves a high pursuit chase to protect his friends and his world.

The seas are rising, and solutions are needed quickly. Tacrem's draws upon all of his learnings learning to suggest creative and heroic ways of saving his world. But will his ideas be accepted by the High Council?

As he gets sucked into the role of leader, part of him resents the position in which he finds himself, but he casts aside his thoughts and continues to focus. He considers how to outwit, outperform, and outmanoeuvre the Fligers and the persistent black-clad enemy.

During a vital mission, Tacrem is forced to complete a critical task alone, where he encounters more enemies and greatly enjoys using his extraordinary powers to overcome them. Meanwhile, he learns more of his truth of his past and explores his feelings for another.

While Tacrem struggles to come to terms with his identity, the question remains as to how he will perform as a leader and cope with the enormous pressure that he is under, and will he succeed in saving Cetardia?
Read more 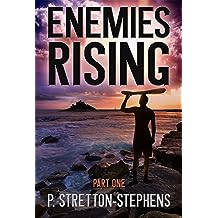 Fifteen-year-old Tacrem becomes acutely aware that all the hours of play fighting, language lessons, physical training, and strategy games during his undersea upbringing were designed to prepare him to carry out dangerous missions for the sake of Cetardia, also known as the Downside. His exceptional abilities: he can run, swim, and jump faster and higher than any Upsider (the Cetardian name for people living on the land) are required to confront threats from two fronts. Firstly, some Upsiders are intent on discovering and exploiting Cetardia for their gain, and secondly, the ocean’s rising tides threaten to distance Cetardia farther from the mainland. To survive Tacrem undertakes a rare and daring mission to make contact with a discredited Upside climatologist, Professor Jack Berry to gain and deliver vital information. During the process, Tacrem befriends Jack and his daughter Jess who becomes the focus of an enemy of Cetardia, The Fligers. The question is: Will Tacrem be able to obtain and deliver the information needed to save his world and can he protect his new friends Jack and Jess?
Discover how Tacrem tackles his mission in this action packed adventure.
Read more
Other Formats: Paperback