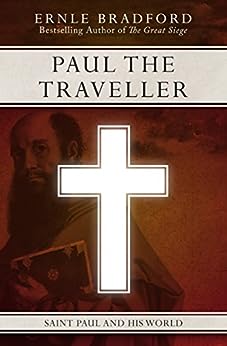 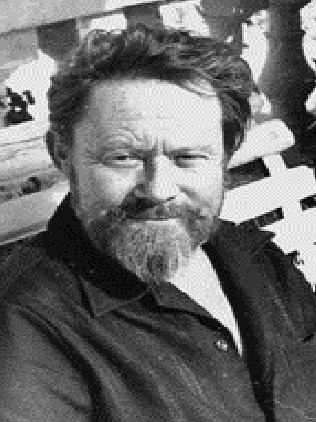 Paul the Traveller: Saint Paul and his World Kindle Edition

Ernle Bradford was born in 1922 and died in 1986. He was a noted British historian specializing in the Mediterranean world and naval topics. Bradford was an enthusiastic sailor himself and spent almost thirty years sailing the Mediterranean, where many of his books are set. He served in the Royal Navy during World War II, finishing as the first lieutenant of a destroyer. Bradford lived in Malta for a number of years. He did occasional broadcast work for the BBC, was a magazine editor, and wrote many books, including Hannibal, Paul the Traveller, Julius Caesar: The Pursuit of Power, Christopher Columbus, and The Mighty Hood.
--This text refers to an alternate kindle_edition edition.

4.0 out of 5 stars
4 out of 5
31 global ratings
How are ratings calculated?
To calculate the overall star rating and percentage breakdown by star, we don’t use a simple average. Instead, our system considers things like how recent a review is and if the reviewer bought the item on Amazon. It also analyzes reviews to verify trustworthiness.
Top reviews

ealovitt
HALL OF FAMETOP 1000 REVIEWER
5.0 out of 5 stars A uniquely interesting First Century travelogue
Reviewed in the United States on November 12, 2017
Verified Purchase
The latter chapters of 'The Acts of the Apostles' in the New Testament tell of Paul's conversion to Christianity, his travels to Greece and Asia Minor, and his final imprisonment in Rome circa 63 CE. According to Ernle Bradford, author of "Paul the Traveller," the bald old Pharisee-turned-Christian might have lived longer if he had not flaunted his Roman citizenship when he was brought before the Roman Proconsul and the puppet King of Judea for stirring up trouble among the Jews of Caesarea:

"[King] Agrippa remarked when he left the hall, 'This man [Paul] could certainly have been released if he had not appealed to the Emperor.'"

In her popular "A History of God," Karen Armstrong calls Paul 'the true founder of Christianity': "Jesus had simply wanted to found a godly state and when his messianic mission had failed he had died in despair...in the Gospels Jesus never claimed that he had come to atone for the sins of mankind. That idea, which had become central to Western Christendom, could only be traced to St. Paul, the true founder of Christianity."

The dusty, boring 'Acts' of my Methodist childhood suddenly came to brilliant life in this book. Paul was "born a Pharisee, became a persecutor of Christians, and then had his extraordinary vision on the road to Damascus. Since that moment he had devoted his whole life to setting up communities throughout Asia and Greece where both Jews and Gentiles had adopted the belief that a man called Joshua had indeed been not only the chosen of God, but the son of God."

I've already recommended "Paul the Traveller" to an Episcopalian friend of mine, and she enjoyed it as much as I did. Now, I'm recommending it to readers of this review. Even if you don't consider yourself a Christian, the vivid descriptions of the lands and people that Paul visited (interspersed with multiple shipwrecks) make this book a uniquely interesting First Century travelogue.
Read more
9 people found this helpful
Helpful
Report abuse

Kelly Y
1.0 out of 5 stars Humanist perspective
Reviewed in the United States on August 25, 2020
Verified Purchase
Before Covid, I was planning a trip to Greece, and so after reading the glowing reviews for this book, I was excited to dive into it and hoped to gain the "traveller" perspective of Paul's missions. I am not a scholar by any means, but I have studied the bible for over 25 years now, and I also have a deep interest in history - including Ancient and Biblical history. It took me months to get through this book because of my growing frustrations with it and multiple times I wanted to throw it away, but plowed through it for the sake of writing this review so others know what they are purchasing.
As a general overview, I don't know the author's personal religious views, but this is written from a secular and humanist perspective. At times he attempts to present a few different arguments or debates on a matter, but they are mostly secular viewpoints and not once is any attempt of the role of the power of the Holy Spirit or the sovereignty of God a matter to be considered. Even though he feigns to present multiple (secular) scholarly viewpoints, after random philosophical meandering, he often concludes with his own opinion based solely on speculation and conjecture.
The first example of this is Paul's conversion on the road to Damascus. The author himself seems to conclude that it was a matter of an epileptic fit and then proceeds to apply that narrative to the rest of the story. Note that the author never mentions 2 Corinthians 12:2, Paul's "vision" where he is "caught up to the third Heaven." My guess is that this very important spiritual vision would throw a wrench in his epilepsy theory. 1 Corinthians 15:14 puts a pretty clear end cap on the whole matter being looked at from a humanist perspective: "And if Christ has not been raised, then our preaching is in vain and your faith is in vain." The author applies only the teachings that fit his narrative, and so you won't find a mention of 1 Cor 15:14 either.
Additionally, the majority of the book is more focused on the Roman and Pagan culture of the time. As a person who enjoys history, I understand the value in setting that scene. However, there is so much of it, that you feel you are mostly reading a book about the deviant acts of Roman Emperors and pagan cults. I nearly lost it when, after spending an exhaustive amount of time discussing the perversions of the Emperor Tiberius, the author then concludes that Paul and Tiberius were similar in personality.
Two thirds into the book, we finally actually get into Paul's journey. Then we find a personality comparison to Lenin - based mostly on looks and mental fortitude. The antagonist of the book is definitely the Jewish Orthodox, and while he adds some Jewish historical perspective to this, it really is lacking. We do get some glimpses of Peter, James, and of course Paul's companions. Again though, the author inserts his own speculation on the characters of these people, without a studied understanding of the work of Jesus Christ and the Holy Spirit. Overall, it seemed that the author had a far greater understanding of Ancient Greek and Roman culture than he actually did about Paul, Christianity, Jesus, or even Jewish culture, and this definitely shows. If you are interested in a study of Roman or Greek culture, there are many better books to find on the topic. If you are interested in a study of Paul, there are many better books to find on the topic (The Bible, to start). In the meantime, The Bible Project has a really great set of videos on the Pauline Epistles. This will give you a good start on your journey to understanding the apostle Paul.
Read more
3 people found this helpful
Helpful
Report abuse

Kindle Customer
5.0 out of 5 stars Read in one sitting, great wrjting, fresh, good scholarship
Reviewed in the United States on December 22, 2016
Verified Purchase
Paul's writing impressed me as cranky. This book has much to offer to both Christians and amateur history readers .
The Mediterranean in Paul's time already possessed millennia old cults, sophisticated philosophers and was rich in antiquity pauls mission was transformative: to ensure christianitys distinct message of charity and lovingkindness was available for all humanity. Came away with much deeper context and broad perspective of both the evolution of chriustianiuty and the benefit to western civilzation of the pax romana.
Read more
9 people found this helpful
Helpful
Report abuse

Jo Gibbs
5.0 out of 5 stars Paul the Traveller
Reviewed in the United States on April 17, 2018
Verified Purchase
This is a wonderfully written and scholarly book. I so appreciated all the history and legends of many of the areas the Apostle Paul travelled. I will enjoy his letters in Scripture even more than I already do. I learned so much about customs and beliefs of these ancient areas that they seemed to come to life. This book will hold your attention.
Read more
3 people found this helpful
Helpful
Report abuse

brumba
4.0 out of 5 stars The Story Behind Paul
Reviewed in the United States on April 21, 2018
Verified Purchase
The author does a good job of explaining events in the Bible without depending on the scriptures themselves. I see this as a companion to the books written by Paul, explaining what might be influencing Paul’s thoughts and not as an explanation of the Word itself.
Read more
3 people found this helpful
Helpful
Report abuse

Babs
2.0 out of 5 stars This book is not what I was looking for
Reviewed in the United States on October 11, 2017
Verified Purchase
I'm still plowing my way through the book, done soon I hope. If you are a historian and love history you may enjoy it. if you want to know about the life of St. Paul find another book. This one is more about the history and geography of the the times than about life of St. Paul himself.
Read more
6 people found this helpful
Helpful
Report abuse
See all reviews

Kindle Customer
5.0 out of 5 stars The journey of Saint Paul
Reviewed in the United Kingdom on February 24, 2020
This is an interesting version of the Story of Paul of Tarsus. From his conversion to Christianity on the road to Damascus it follows his Journey as written in the Acts of the Apostles to his ending in Rome. Ernle Bradford writes with feeling about Paul's courage and determination to spread The Way along the Mediterranean. I would have been interested to read a list of references used. An intriguing book.
Read more
One person found this helpful
Report abuse
See all reviews