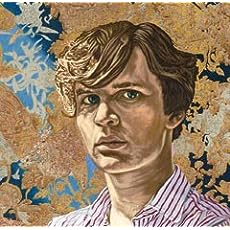 This profile has to reach as far back as it can since, in this case, meaning begins there. No one knows my grandfather's original name. At an undetermined age, he fled Russia's civil wars in the early 20th century and arrived in Greece where he fashioned an identity for himself that was unique and yet of its place. Xylinides, translating as one occupied in some fashion or other with wood (ξύλο), now supplies the nom de plume for whatever I write. I owe the sentiment of this borrowed name to a man whose choices in the face of historical upheaval and existential threat ultimately provided for the existence of myself and others. He died leaving no other record than his forged identity soon after the birth of his daughter. Wherever we find ourselves vast historical winds have deposited us and we remain either subject to their reach or within their unrelenting grip. Residence: Montreal Education: McGill University, M.A. (English Literature) Mentor: David G. Taylor: Painter, teacher, writer. 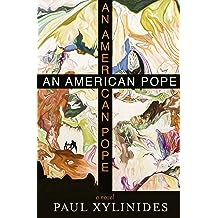 An American Pope Oct 16, 2014
by Paul Xylinides
( 2 )
$4.99
A modernizing American has assumed the papal throne. One of His first acts is to select a seventeenth century priest for canonization. The Congregation for the Causes of the Saints recoils in horror at the new pontiff’s choice. Against a backdrop of Vatican intrigue and infighting, a long-unsolved crime comes to the attention of a retired detective. The forces that contribute to it reach far back into the distant past. No one can truly fathom the life of the candidate for sainthood including the nun and priest who join forces to prepare the submission to Rome. 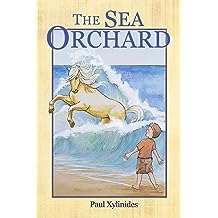 The Sea Orchard Jul 8, 2020
by Paul Xylinides
$0.99
Sometimes things go too far and the game gets out of hand. One discovers that secret desires can be not so good when they become real. Luckily the wave that carries the boy away is a horse that has some experience of the deep sea.
Read more
Other Formats: Paperback 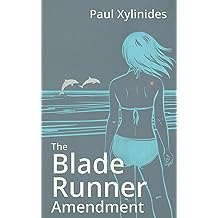 The Blade Runner Amendment May 10, 2015
by Paul Xylinides
( 2 )
$4.99
The Blade Runner Amendment draws upon once deviant human behaviour and the state of present-day human robotics and looks to society in the year 2040. The government has legislated against replicant bio-engineering and Virgil Woolf enjoys a cozy life with his old-line humanoid. Synthetic companionship has become the disruptive option in matters of the heart. When the latest model comes into Virgil’s life, however, entanglements arise and so do threats from political operatives who see her sophisticated capacities as a means to institute limitless influence.
Read more
Other Formats: Paperback 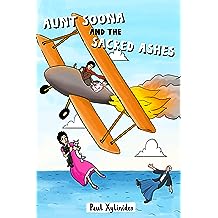 Aunt Soona and the Sacred Ashes Jul 7, 2020
by Paul Xylinides
$0.99
“Look!” said Aunt Soona, pointing toward the water.“What is it, my dear?” asked Uncle Popol.“Timo!” said Aunt Soona.Remember, my child, imaginary daysdon’t grow beneath trees -you have to climb up and pluck them.
Read more
Other Formats: Paperback 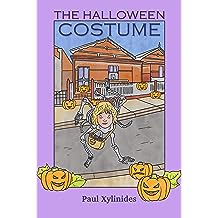 The Halloween Costume Jul 7, 2020
by Paul Xylinides
$0.99
It’s that tricky night of the year — A bone here, a bone there,Nothing fits together anywhere!"Remember, my child, imaginary days don't grow beneath trees - you have to climb up and pluck them.”
Read more
Other Formats: Paperback 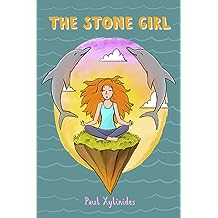 The Stone Girl Apr 27, 2020
by Paul Xylinides
$0.99
Go, little one, Inside yourself Where dolphins fly! "Remember, my child, imaginary days don't grow beneath trees - you have to climb up and pluck them.”
Read more
Other Formats: Paperback 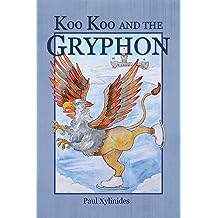 Koo Koo and the Gryphon Apr 20, 2020
by Paul Xylinides
$0.99
Do something naughty and the stone Gryphon, who is already very angry, will come to life! Perhaps Koo Koo the clown can protect you. Perhaps not! “Remember, my child, imaginary days don’t grow beneath trees - you have to climb up and pluck them.”
Read more
Other Formats: Paperback 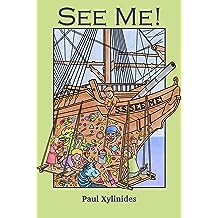 See Me! Apr 20, 2020
by Paul Xylinides
$0.99
See Me! Be who you are! Do it! Make visible the invisible!"Remember, my child, imaginary days don't grow beneath trees - you have to climb up and pluck them.”
Read more
Other Formats: Paperback 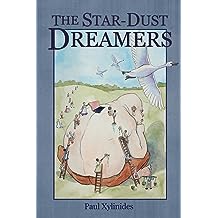 The Star-Dust Dreamers Sep 29, 2015
by Paul Xylinides
$0.99
When bad-tempered Humpetty Dumpetty comes to town, he blocks out the sun and soon everyone falls asleep and enters a world of dreams. Everyone, that is, except for himself. He stays awake while everyone sleeps around him. One of their dreams makes him especially angry and so, feeling sorry for himself, he goes and sits on a wall …
Read more
Other Formats: Paperback 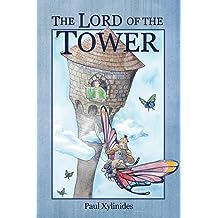 "Remember, my child, imaginary days don't grow beneath trees - you have to climb up and pluck them.”
Read more
Other Formats: Paperback 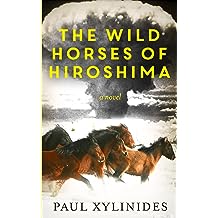 The Wild Horses of Hiroshima Feb 26, 2015
by Paul Xylinides
( 4 )
$4.99
“Think of a city whose inhabitants respect more than each other and their own interests. Its destruction would not be a crime against humanity but a crime against life. They might not bomb such a city.

“There is no moral reason for humanity to continue, if its ends are limited to itself. And this is how we must stop seeing ourselves. This is why we destroy each other. If we disregard the life around us, why should we not be equally disregarded?”

- Mura, a young performance artist, in The Wild Horses of Hiroshima

An American medic, Jonathan Springborne, wounded in the Pacific theatre and recuperating in Japan after the Second World War, sets out to find if Myeko, his former pen pal, has survived the bombing of Hiroshima. She has, but not her family. Jonathan brings Myeko back with him to America where they raise their child in a climate of thinly coated racial tolerance. Upon her husband's death, Myeko returns to Japan with their son Yukio. Despite becoming a champion sumo wrestler, he only achieves full acceptance into Japanese society after writing a memoir telling the story of his family's origins that transforms him into a symbol of the country's tragic history. In his retirement he continues to write and, part way through one of his narratives, Yukio finds himself caught up in the entanglement of his geisha lady, Satoko, and her underworld client Boss Hirohito, whose jealousy sets in train a series of events that ultimately cause Yukio's path and that of the performance artist Mura and her boyfriend Yoko to cross. Here, life and art merge with Yukio drawing inspiration from the real life events surrounding the two lovers and, finally, giving moral license to an act on the part of Yoko that his former Yakuza Boss requires before he will exercise his power to bring the wild horses into the city.
Mura, whom the Hiroshima Nuclear Disarmament Committee has contracted to do performance pieces for the greater enlightenment of visitors to the city, wishes to make a much larger statement to the world as a whole. Her understanding of the nuclear question is that human society is basically self-centered and in order for its cities not to be indiscriminately targeted despite their cultural achievements, as with Dresden in the Second World War, they need to show themselves valuing the totality of life and not simply their own human interests. A city that is able to accommodate the natural world, she argues, will no longer be a target for destruction and will help to diffuse the nuclear confrontations. Mura's idea is to fill Hiroshima with wild horses and leave the question to the world, "Would you bomb us again? Would you bomb a city that treasures all of life?"
Read more
Other Formats: Kindle , Paperback 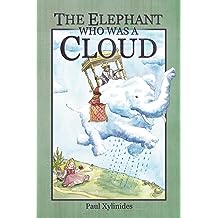 The Elephant Who Was A Cloud Feb 15, 2015
by Paul Xylinides
( 1 )
$0.99
One day, the Elephant who was a Cloud floated into the land of the Monkey King and, being a Cloud, It rained, and then Everything Grew and Grew and Grew Bigger but not always Better.

“Remember, my child, imaginary days don’t grow beneath trees - you have to climb up and pluck them.”
Read more
Other Formats: Paperback