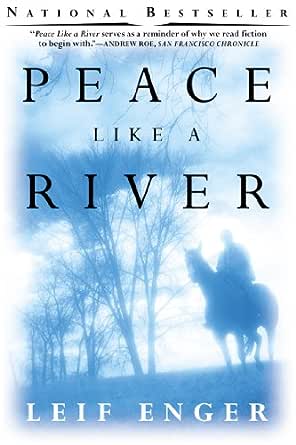 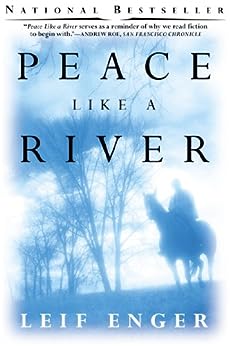 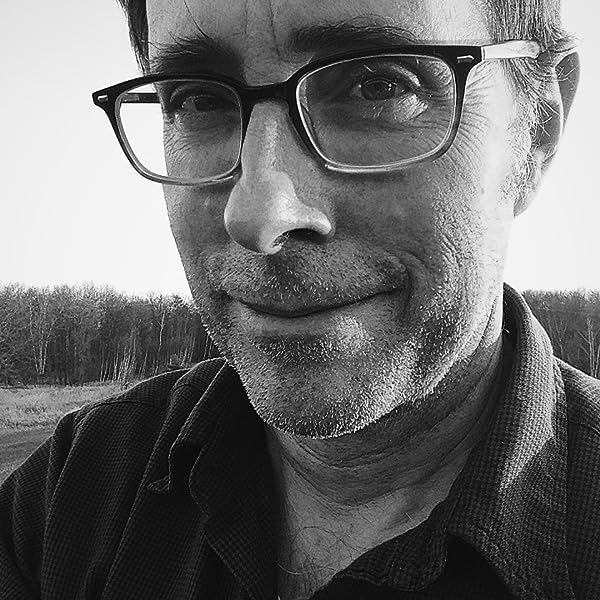 To the list of great American child narrators that includes Huck Finn and Scout Finch, let us now add Reuben "Rube" Land, the asthmatic 11-year-old boy at the center of Leif Enger's remarkable first novel, Peace Like a River. Rube recalls the events of his childhood, in small-town Minnesota circa 1962, in a voice that perfectly captures the poetic, verbal stoicism of the northern Great Plains. "Here's what I saw," Rube warns his readers. "Here's how it went. Make of it what you will." And Rube sees plenty.

In the winter of his 11th year, two schoolyard bullies break into the Lands' house, and Rube's big brother Davy guns them down with a Winchester. Shortly after his arrest, Davy breaks out of jail and goes on the lam. Swede is Rube's younger sister, a precocious writer who crafts rhymed epics of romantic Western outlawry. Shortly after Davy's escape, Rube, Swede, and their father, a widowed school custodian, hit the road too, swerving this way and that across Minnesota and North Dakota, determined to find their lost outlaw Davy. In the end it's not Rube who haunts the reader's imagination, it's his father, torn between love for his outlaw son and the duty to do the right, honest thing. Enger finds something quietly heroic in the bred-in-the-bone Minnesota decency of America's heartland. Peace Like a River opens up a new chapter in Midwestern literature. --Claire Dederer --This text refers to an out of print or unavailable edition of this title.

"Leif Enger ... is a natural-born storyteller, and his novel moves in a current that can be poetic and slow or as tumultuous as whitewater rapids. This novel has the power to convince that, despite sorrow, human experience is a miracle of ordinary truth and extraordinary love." -Atlanta Journal-Constitution

"A rich mixture of adventure, tragedy, and healing ... a journey you simply must not miss." -Christian Science Monitor

"What allows Peace Like a River to transcend any limitations of belief and genre is its broad, sagacious humanity ... There is magic here, none more potent than Enger's prose."-Newsday --This text refers to the paperback edition.

Fair or not, Enger's first novel will inevitably be compared to the work of Garrison Keillor: both men are veterans of Minnesota Public Radio, and the book very much shares the spirit of Keillor's radio work and fiction, with its quiet, observant gaze capturing the beauty of simple things, related through wise and thoughtful characters in this case, the Land family from North Dakota. Asthmatic youngster Reuben Land tells the admittedly shaggy-dog story of his older brother Davy, who shoots and kills two violent intruders as they break into the family's home; Davy is convicted but manages to flee. Both the Lands and the law follow in hot pursuit, but the family seems to have support from a higher power father Jeremiah himself has performed a miracle or two in his lifetime (walking on water, healing the afflicted with his touch, and the like). Biblical allusions abound, and fantastic things happen, such as the patriarch's four-mile tour via tornado. "Make of it what you will," says Reuben. A low-key charmer for literary collections.
- Marc Kloszewski, Indiana Free Lib., PA
Copyright 2001 Reed Business Information, Inc. --This text refers to an out of print or unavailable edition of this title.

*Starred Review*
What readers will appreciate first in Enger's marvelous novel is the language. His limpid sentences are composed with the clarity and richness for which poets strive. It takes longer to get caught up in the story, but gradually, as the complex narrative unwinds, readers will find themselves immersed in an exceptionally heartfelt and moving tale about the resilience of family relationships, told in retrospect through the prism of memory. "We all hold history differently inside us," says narrator Reuben, who was an adolescent in Minnesota in the 1960s, when his brother, Davy, shot and killed two young men who were harassing the family. Rueben's father--in Rueben's estimation fully capable of performing miracles even though the outside world believed him to be lost in the clouds--packs Reuben and his sister up and follows the trail Davy has left in his flight from the law. Their journey comprises the action in the novel, but this is not really a book about adventures on the road. Rather, it is a story of relationships in which the exploration of character takes precedence over incident. Enger's profound understanding of human nature stands behind his compelling prose. Brad Hooper
Copyright © American Library Association. All rights reserved --This text refers to an out of print or unavailable edition of this title.

Dead for 10 minutes before his father orders him to breathe in the name of the living God, Reuben Land is living proof that the world is full of miracles. But it's the impassioned honesty of his quiet, measured narrative voice that gives weight and truth to the fantastic elements of this engrossing tale. From the vantage point of adulthood, Reuben tells how his father rescued his brother Davy's girlfriend from two attackers, how that led to Davy being jailed for murder and how, once Davy escapes and heads south for the Badlands of North Dakota, 12-year-old Reuben, his younger sister Swede and their janitor father light out after him. But the FBI is following Davy as well, and Reuben has a part to play in the finale of that chase, just as he had a part to play in his brother's trial. It's the kind of story that used to be material for ballads, and Enger twines in numerous references to the Old West, chiefly through the rhymed poetry Swede writes about a hero called Sunny Sundown. That the story is set in the early '60s in Minnesota gives it an archetypal feel, evoking a time when the possibility of getting lost in the country still existed. Enger has created a world of signs, where dead crows fall in a snowstorm and vagrants lie curled up in fields, in which everything is significant, everything has weight and comprehension is always fleeting. This is a stunning debut novel, one that sneaks up on you like a whisper and warms you like a quilt in a North Dakota winter, a novel about faith, miracles and family that is, ultimately, miraculous.

Leif Enger was raised in Osakis, Minnesota, and worked as a reporter and producer for Minnesota Public Radio for nearly twenty years. He lives on a farm in Minnesota with his wife and two sons.
--This text refers to the paperback edition.

Actor Chad Lowe reads with a warm, deliberative voice perfectly suited to Leif Enger's meditative and melodic story of a family's search throughout the West for its outlaw son. Lowe doesn't attempt any verbal flourishes, nor does he try to give specific voices to different characters. Instead, he simply and beautifully reads aloud--slowly enough for Enger's evocative prose to shine and with just enough emotion to magnify this tale of the redemptive power of love. A.C.S. © AudioFile 2002, Portland, Maine-- Copyright © AudioFile, Portland, Maine --This text refers to an alternate kindle_edition edition.
Read more