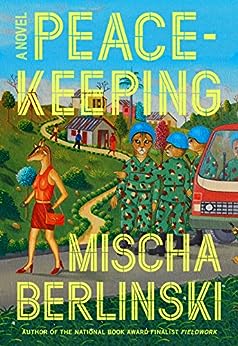 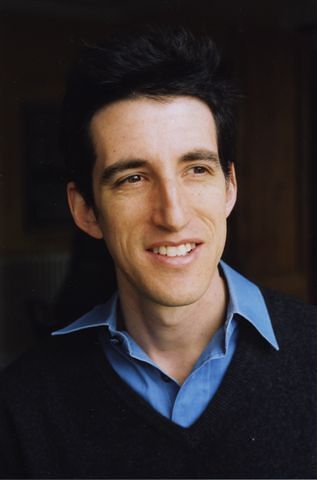 "Powerfully intelligent . . . A politically sophisticated novel that plants, like pushpins, a handful of memorable characters into Haiti’s arid soil . . . [Peacekeeping's] depths reside in Mr. Berlinski’s rich portrait of a society, and his cool, probing writing about topics like sex, politics, journalism, race, class, agriculture, language and fear . . . Berlinski has a knack for writing short, sharp, surreal scenes . . . There’s a good deal of magic in the way that Mr. Berlinski, in command of fact and emotion, pilots this big novel safely home." ―Dwight Garner, The New York Times

“A formidable piece of work . . . the book’s easy way with local stories and lore bespeaks the familiarity that comes with rich firsthand experience . . . [Berlinski is] a sharp collector of stories, and he has an enjoyable way of threading his narration with story: Berlinski knows how to keep leading us on.” ―James Wood, The New Yorker

“Marvelous . . . Peacekeeping gallops ahead toward the horizon of tragedy, yet the novel is brightened by the author’s sense of the absurdities that saturate an enterprise like a U.N. mission and the weird, byzantine intimacies at the ground level of globalization . . . Peacekeeping, in that sense, is a welcome bearer of enlightenment and a raw reminder of the limits of empathy.” ―Bob Shacochis, The Washington Post

“Mischa Berlinski’s new novel stands out for doing far more than dramatizing news headlines about the beleaguered Caribbean nation . . . Berlinski immerses the reader in an environment so richly detailed that one almost hears the buzz of insects through the pages, but the novel’s plot transcends its tropical setting, resulting in a deeper exploration of what it means to be an observer.” ―Jennifer Kay, Associated Press

"Berlinski's descriptive gifts are terrific . . . The devastating 2010 earthquake naturally figures in the action and elicits Berlinski's most electric, hallucinatory prose . . . Peacekeeping makes you eager for wherever Berlinski will take his own perceptive mode of vision next." ―Michael Upchurch, Chicago Tribune

"Peacekeeping is a dark, funny, powerful read . . . Readers will be glad they made the trip." ―The Christian Science Monitor

“On the troubled half-island of Haiti, love, power, and poverty collide, as do a tough Florida cop, a beautiful singer, politicians, and the United Nations post-2004 peacekeeping mission . . . [Berlinski] is a kind of heir to Graham Greene and Robert Stone, both for his excellent storytelling and for the way it can reveal a bigger picture.” ―Kirkus Reviews (starred review)

"Berlinski follows his National Book Award-nominated debut with a compelling tale that again immerses readers in the intrigues of an enthralling locale . . . The Haiti [Berlinski] describes is one in which there are always multiple versions of the truth, some we can bear to tell ourselves, and others we cannot." ―Brendan Driscoll, Booklist (starred review)

“In tones that shift effortlessly from journalistic to atmospheric to deeply, darkly funny, Berlinski (Fieldwork) evokes a very detailed sense of place in his second novel . . . the pages are steeped in verisimilitude . . . This is a fascinating and well-plotted novel.” ―Publishers Weekly

“With the eye of an anthropologist and the heart of a novelist, Berlinski vividly depicts the stark contrast of physical beauty and grinding poverty that is the essence of Haiti.” ―Library Journal

“Berlinski [is] an effortless conjurer of convincing details . . . [Fieldwork is] an intoxicating journey filled with missing souls and vengeful spirits.” ―Terry Hong, The Washington Post

“[Fieldwork] succeeds in evoking the quixotic appeal of both the anthropological and missionary enterprises―of documenting other cultures and of converting them.” ―The New Yorker

Mischa Berlinski is the author of the novel Fieldwork, a finalist for the National Book Award. He is the recipient of a Whiting Writers’ Award and the American Academy of Arts and Letters’ Addison M. Metcalf Award. --This text refers to an out of print or unavailable edition of this title.

Jill I. Shtulman
VINE VOICE
5.0 out of 5 stars "Haiti had something different: that profusion of stories."
Reviewed in the United States on August 19, 2016
Verified Purchase
The unnamed narrator of Peacekeeping – perhaps a stand-in for Mischa Berlinski himself – at one point muses, “…I learned in Haiti that stories, if not a necessity, are not a luxury either. Only the rich and the lucky can afford to live without stories, for without stories, as every Haitian peasant knows, life is all just things that happen to you, and you are just something that happens in the lives of others.”

I quote that passage because above all else, Peacekeeping is a story and the story focuses on the poorest country in the Western hemisphere – Haiti. There are, of course, fleshed-out characters. But each of them contributes to the Haitian tapestry, particularly focusing on the remote coastal town of Jeremie – a town that does not have a road and therefore, does not have a lifeline.

There is Terry White, a U.N. policeman who has lost at the game of life back in Florida and now has grasped a second chance to reboot himself. Eventually, he is drawn to a charismatic district judge named Johel Celestin, who spent years in the U.S. after escaping the Duvalier regime and who has come back finely sensitized to the injustice and poverty that face his countrymen. He is married to a beautiful green-eyed and ebony-skinned seductress. When an opportunity arises to topple the entrenched and morally corrupt senator, Maxim Bayard, Johel grabs it – along with Terry to help lead him forward.

The author, I’ve read, actually lived in Haiti and it shows. His knowledge of a country that lives and survives on stories – one’s own story and the story of a land – comes across loud and clear. The themes that run through this book are as old as mankind itself: the insatiable quest for love and power, the varying nuances of morality, the ways we support and betray each other.

In this election year – I’m reading this just two months before the 2016 election – the shenanigans and drama of the electoral contest are particularly timely and fascinating. If there is a flaw in this novel, it’s that Berlinski eventually choses to focus more on the machinations of electoral events as opposed to the characters; one senses that he is using his knowledge a little too intensely and for pages, the book almost reads like non-fiction (although it is, fiction or perhaps gussied-up stories.)

“The tragedy of peacekeeping,” Berlinski writes. “…was that you are inevitably on the wrong side of someone who is in the right. Perhaps, he thought that was the tragedy of life.” By interpreting what peacekeeping means – in all its nuances – Berlinki has written a fine novel indeed.

Christopher B. Sanford
5.0 out of 5 stars Entertaining and also informative
Reviewed in the United States on April 29, 2016
Verified Purchase
With Berlinski, it is hard to tell how much is autobiography and how much is fiction. But, after enjoying a well-told story, you come away with a much deeper understanding of the people and culture of the place he writes about -- in this case, Haiti. (The same is true of his previous book, "Field-Work," about northern Thailand.) Berlinski seems to be a keen observer of people and a student of history, so even if not everything in his books is factual, in a deeper sense it is all true. I look forward to reading whatever he writes in the future.
Read more
5 people found this helpful
Helpful
Report abuse

C. LEON
5.0 out of 5 stars Could not put it down
Reviewed in the United States on May 10, 2016
Verified Purchase
I picked up this book mostly out of nostalgia; I had been in Haiti a year before and a year after the big earthquake. I've read a bit of writing and reporting from Haiti, but nothing captures Haiti circa 2010 quite like this book. The author managed to capture not only the sights, sounds, colors, and smells of the place, but the brights and darks of the culture and the nuances and complexities of the politics, as Haitians, Expats, NGOs, and Peacekeepers collide. This is a novel about Haiti observed from within; a lived experience, not written by a distant, "blan" observer. There are great big kernels of truth in Berlinski's descriptions of the political system. And he manages to capture not just the social and cultural intricacies, but, what few really convey from Haiti: the humor of the place. The humor of joy, the humor of heartbreak. The characters are so vibrant, and so complex, the story arc taking you to unexpected places. Go buy this book; sink into it for a day at the beach and treat yourself to a rarity: a great story.
Read more
2 people found this helpful
Helpful
Report abuse

Deanna D. Gaither
4.0 out of 5 stars Characters, story, politics- a good read.
Reviewed in the United States on July 18, 2016
Verified Purchase
It took a little while to "get into it", i.e. I wasn't clear about where the story was going. Once I became invested in the characters and their histories and where this might be leading, I was hooked. The author writes well and is able to draw you in. Also, I found the culture and politics of Haiti and the interactions of those from other countries, to be of great interest. I always however, would caution authors about featuring cultures not their own, as it is hard to know how authentic their view is.
Read more
One person found this helpful
Helpful
Report abuse

Ninabee
5.0 out of 5 stars Great read about fictional characters that feel real in Haiti
Reviewed in the United States on May 23, 2016
Verified Purchase
Loving this droll suspenseful tale of do-gooders and misfits making their life in Haiti. The characters feel realistic to me as well as the state of the country but I haven't been there so what do I know? But I'm enjoying the storytelling very much. Good writer.
Read more
2 people found this helpful
Helpful
Report abuse

CK13
5.0 out of 5 stars Totally transporting
Reviewed in the United States on May 26, 2016
Verified Purchase
What a fantastic, profoundly satisfying read. Beautifully written with such an evocative sense of place. The characters leaped off the page. If you like a novel to transport you, this one's for you. Bravo.
Read more
4 people found this helpful
Helpful
Report abuse

Ivy
5.0 out of 5 stars Five Stars
Reviewed in the United States on April 18, 2016
Verified Purchase
Excellent and nuanced book on both Haiti and the human psyche in general. Engaging and quick read.
Read more
One person found this helpful
Helpful
Report abuse
See all reviews

Tynedoc
4.0 out of 5 stars Haiti from Below
Reviewed in the United Kingdom on March 9, 2017
Verified Purchase
Great read about a forgotten spot. Helps fill in some of the (albeit fictional) background to occasional (usually disatrous) news reports. Not as good as "Fieldwork", but a good read
Read more
Report abuse