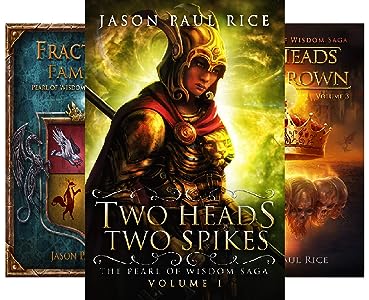 Jon Colbert is an honorable duke who loathes his king. When he receives a summons to bring his daughter to the King's Castle, his blood boils. Jon assumes the king, who had his father killed, wants to set up an arranged marriage to steal his only daughter.

Russell Seabrook is an untested knight. While walking through the Frozen Forest, the young man stumbles upon a hibernating dwarf wizard. The 467 year-old wizard informs him that the demons are planning to ransack the earth.

Hit the One-Click Button to start reading this book right now.
Read more
You've subscribed to The Pearl of Wisdom Saga! We will preorder your items within 24 hours of when they become available. When new books are released, we'll charge your default payment method for the lowest price available during the pre-order period.
Update your device or payment method, cancel individual pre-orders or your subscription at
Your Memberships & Subscriptions
There was an error. We were unable to process your subscription due to an error. Please refresh and try again.
All titles below are free to borrow with a Kindle Unlimited subscription.
Price: $10.97 for 3 item(s)
Sold by: Amazon Digital Services, Inc.
Items included: 1 - 3
Books in this series (3 books)
1
Two Heads, Two Spikes (The Pearl of Wisdom Saga Book 1)
by Jason Paul Rice (Author)
4.1 out of 5 stars (91)
A chaotic kingdom. The hunt to find a magical pearl. A legend from five centuries ago has awakened.

Jon Colbert is an honorable duke who loathes his king. When he receives a summons to bring his daughter to the King's Castle, his blood boils. Jon assumes the king, who had his father killed, wants to set up an arranged marriage to steal his only daughter.

Russell Seabrook is an untested knight. While walking through the Frozen Forest, the young man stumbles upon a hibernating dwarf wizard. The 467 year-old wizard informs him that the demons are planning to ransack the earth.

2
Fractured Families (The Pearl of Wisdom Saga Book 2)
by Jason Paul Rice (Author)
4.2 out of 5 stars (19)
Will the Wamhoffs continue their ruling dynasty or is an unexpected contender going to snatch the crown?

A spring of murder and mayhem has threatened all of the main ruling families of the realm. Some characters have been scattered around the realm and beyond. Now others will come under extreme fire in a land where nobody is safe.

Will these fractured families fight dirty to maintain power and rebuild their days of glory?

All the posturing may be in vain as the demons have been building up their forces for five-hundred-years. They are ready to launch their dragons and take the earth from the humans by unleashing an offensive of epic proportions.

Can an inexperienced, rag-tag group of chosen warriors fend off the demons and preserve the safety of the world?

Fractured Families is the second volume in Jason Paul Rice’s Pearl of Wisdom Saga. If you love George R.R. Martin, Joe Abercrombie and Robin Hobb, you’ll enjoy a series that combines their tradition with a multiple point of view epic fantasy set in the medieval period.

Pick up Fractured Families to continue the wild ride of epic highs and real-life lows with a tangled web of colorful characters whose true intentions must be constantly questioned.

3
Six Heads One Crown (The Pearl of Wisdom Saga Book 3)
by Jason Paul Rice (Author)
4.4 out of 5 stars (29)
In a land where power is everything, six relentless people battle for one throne.

Two seasons of strong division among the ruling families have torn apart the Kingdom of Donegal and created unique opportunities for several usurpers. The royal family is barely hanging on. Will the once-mighty Wamhoffs be able to hold onto their 414-year-old rule of Donegal, or will they lose their realm to an ambitious upstart?

Across the world, the demons are poised for an attack unlike any the humans have ever seen. Can the unlikely band of chosen warriors fend off the vicious onslaught and defend the earth’s people?

Six Heads, One Crown is the Third Volume in Jason Paul Rice's Pearl of Wisdom Saga. Fans of George R.R. Martin, Joe Abercrombie and Robin Hobb will enjoy a series that combines their tradition of gritty epic fantasy with unexpected twists and turns.

Pick up Six Heads, One Crown to be transported into a forgotten world where intrigue and drama reign supreme.
Read more

Judge
5.0 out of 5 stars This is a great book in a great series.
Reviewed in the United States on January 30, 2017
This is a great book in a great series. A myriad of plots and sub-plots intertwine and keep you guessing. You quickly become invested in the characters - (in a positive or negative way) and as you read on and learn more about them your feelings may change... Great action - fully developed characters - A great story! (I know I used 'great' a lot but it fits). I also appreciate the fact it is not one of the short books so common today, there is a lot of meat on this bone. I cannot wait for the next book.
Read more
3 people found this helpful
Helpful
Comment Report abuse

Amazon Customer
5.0 out of 5 stars Lots of Love
Reviewed in the United States on February 2, 2017
I am in love with these books! They take your imagination to another level and put you in this amazing place where anything is possible. If you love books and fantasy and enjoying a great book then I suggest reading these and getting lost in a world you can't wait to get back to!
Read more
2 people found this helpful
Helpful
Comment Report abuse
See all reviews
More About the Author 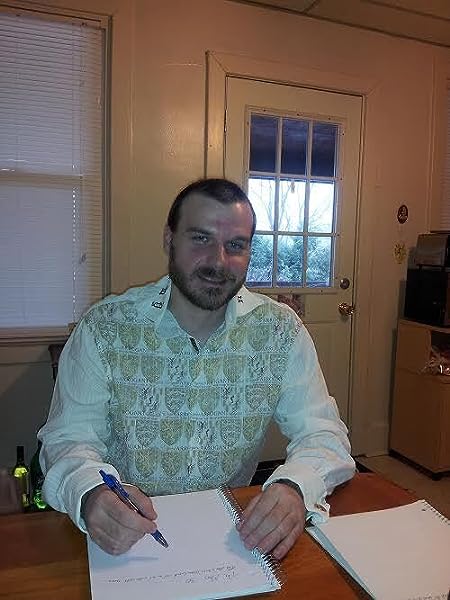 USA Today Bestselling Author Jason Paul Rice's real passion is to help people who have fallen victims to difficult circumstances. He would love to gain enough influence through writing to be able to supply books and ereaders to the underprivileged and homeless youths of the world. He wants to make sure every child has access to plenty of books to enjoy.

Jason Paul Rice was born and raised in the steel city of Pittsburgh. A strong work ethic was instilled in Jason from a very young age. Dedication and sacrifice were constantly exemplified by his mother, Judy, who taught Jason that nothing comes easy. After working extensively as a Chef (yes, you can ask him questions about food or cooking), Jason took the polar bear plunge into the icy waters of the book publishing world. He uses the accumulated lessons from a crazy life, and puts heart and soul into his writing.
Read more
Back to top
Get to Know Us
Make Money with Us
Amazon Payment Products
Let Us Help You
EnglishChoose a language for shopping. United StatesChoose a country/region for shopping.