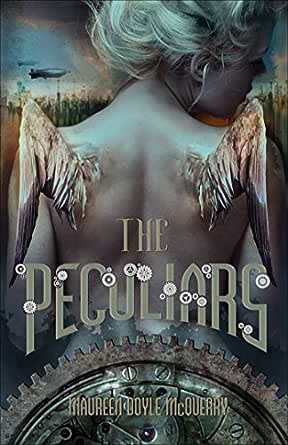 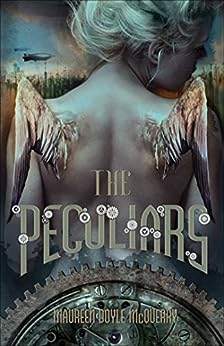 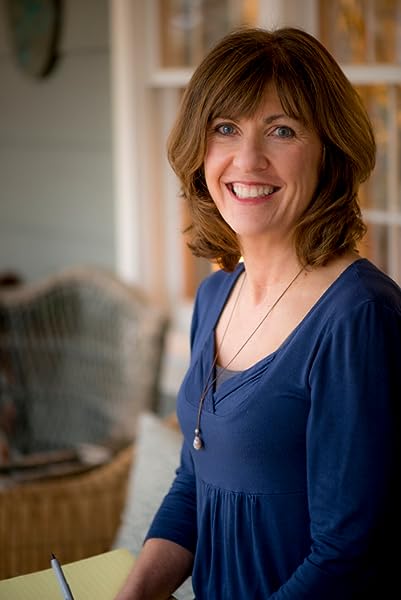 Maureen Doyle McQuerry is an award-winning poet and author and a teacher specializing in YA literature and writing. She was the 2000 McAuliffe Fellow for Washington state. Her poems regularly appear in the Southern Review, Atlanta Review, and others. She lives in Richland, Washington. Visit her online at www.maureenmcquerry.com.

4.2 out of 5 stars
4.2 out of 5
83 global ratings
How are ratings calculated?
To calculate the overall star rating and percentage breakdown by star, we don’t use a simple average. Instead, our system considers things like how recent a review is and if the reviewer bought the item on Amazon. It also analyzes reviews to verify trustworthiness.
Top reviews

M. Grigsby
4.0 out of 5 stars A Peculiarly Good Read
Reviewed in the United States on August 3, 2012
Verified Purchase
I have to say, I almost didn't purchase this book because the of the 3 star reviews. However, the book summary was interesting enough that caused me to have hope. I am very glad that I made my own decision and decided to read "The Peculiars" because I really enjoyed it.

Lena Mattacascar has lived a very lonely life with her mother and grandmother. Her father left when she was just five and her unusual physical characteristics have caused her to be scorned and the butt of people's cruel jokes and remarks. Lena has extra long hands and feet which she always covers with gloves. The doctors have informed her mother that it is just a genetic disorder; but her cruel grandmother accuses her of being a goblin like her 'no good' father.

On Lena's 18th birthday, she receives to envelopes from her father. The first contains a small monetary inheritance and the second constains a map and deed to a mine in Scree. Scree is a wild domain where it is rumored 'the peculiars' live. It is also a mining area rich in coal and copper. Lena's mother is adamant that she should not venture there but Lena wants to find her father. So, she sets out by train to locate him.

While on a train, Lena meets Jimson Quiggley, a young librarian on his way to Knoster to work for a wealthy man. He has no experience and very little training. However his curiosity in Science is amazing. When Lena goes to the dinning car for dinner, she witnesses two men one armed and the other dressed. They demand the release of a prisoner enroute to the prison in Scree. It seems Scree is a penal colony for peculiars and they are considered without souls. They are used to work in the coal mines twelve hours a day.

As Lena manages to make her way back to her box car, she realizes that her purse is missing. When she returns to the dinning car to find it, she walks straight into the chest of the marshall, Thomas Saltre. He interviews her about the crime. The last stop for the train is Knoster so Lena and Jimson part ways. She misleads him into thinking she will be staying with a cousin when in fact she will be staying at a boarding house for women.

Lena attempts to locate someon who will guide her to Scree and after interviewing the owner of a local tea shop, she is once again confronted by the marshall. He takes her to dinner and enlists her assistance in discovering the habits of Tobias Beasley, owner of the library Jimson has gone to work for. He assures her that if she assists him he will provide her with a personal escort into Scree.

When Lena goes to Zephyr House to see Jimson and Mr. Beasley what she finds is kindness, room and board for her assistance with the library. Will she be able to find out if something unusual is happening at the House? Will it be something sinister? or Has she been caught in the snares of an even greater evil? These are the questions that will answered once you have read this book.

I found the writing to be good, the world building excellent and the characterizations superb. I could empathize with Lena's character and the plight of the peculiars. If I had a criticism, it would be that I was left wanting more. I am not sure if this is a series or just a single title book. I sure hope there will be another book. Ms. McQuerry what do you say?
Read more
11 people found this helpful
Helpful
Report abuse

Barbara A. B. Seiders
5.0 out of 5 stars Three Peculiar Gifts
Reviewed in the United States on April 9, 2012
Verified Purchase
Thank you, Maureen Doyle McQuerry, for the three gifts you have given a reader of The Peculiars: an interesting story well told; new, fun words to look up or words used in ways I'm not used to using them; and characters for whom I developed such affection that it made me a little wistful to reach the end of the story.

First, I was drawn into Lena's adventure right off and was eager to return to see it through whenever I would have to set aside the book. The storyline skirted artfully through what is normal and what is not; through surprises and disappointments; and through failings of the characters and their redemption. With two of McQuerry's principal characters at the threshold of adulthood, the conflicts and challenges were universal (that is, as universal as they can be in a steam punk fantasy world) and appropriate for young adult readers.

Second, as for the words, the first one that made me stop and sound it out while enjoying it was - goblinishness. Meeting it was like taking a bite of a scrumptious dessert in many layers - you know what it is, you know you like it, but it takes a while to taste and get its feel in your mouth. And then there were more words that helped stitch the story to its setting, words like bandylegged, wimple, spumy, riprap, and mullioned. How could I not know these words? How is it they aren't already friends? Even better than meeting unfamiliar words was discovering McQuerry's turns of phrase that suited her scenes so well: "contentment was not a familiar companion," and "Margaret's words were slippery," and "a reverberation of fear". Lovely, just lovely.

Third and finally, having been drawn in nearly half way through and then unable to extract myself to attend to other should-have-been-more-pressing chores, I finished the story, flipped through to the last page, and read the last words. While saying a mental farewell to Lena and Jimson and the others, I couldn't help but wonder if McQuerry has finished the sequel yet, and when would I be able to rejoin the friends and their adventure?
Read more
20 people found this helpful
Helpful
Report abuse

Web Shopper
5.0 out of 5 stars Well written and literary fantasy
Reviewed in the United States on May 23, 2018
Verified Purchase
Fun to read. Stoked my imagination. Excellent historical research. The characters develop as we read.I look forward to a sequel.
Read more
3 people found this helpful
Helpful
Report abuse

Laurie3488
5.0 out of 5 stars Interesting Book
Reviewed in the United States on November 24, 2018
Verified Purchase
Took a chance to read some thing different and am glad I did. Written very well in describing how when people do not conform to what they are used to, they are treated through no fault of their own different and suffer
Read more
Helpful
Report abuse

cblyons
5.0 out of 5 stars Very Interesting
Reviewed in the United States on November 27, 2018
Verified Purchase
Although written about futuristic fiction outcasts, it can apply to historical events on how biased people can be.
Read more
Helpful
Report abuse

P Uveges
5.0 out of 5 stars Fun and Fast Paced
Reviewed in the United States on March 25, 2019
Verified Purchase
I enjoyed the heroine of this story immensely. Added to a tribe of characters ranging from a scientist to a cat; it's a fun read that speeds along!
Read more
Helpful
Report abuse

Margaret P.
5.0 out of 5 stars Enjoy don’t think
Reviewed in the United States on February 4, 2019
Verified Purchase
Loved the book, easily sucked in from first page. And the idea of it made total sense to me
Read more
Helpful
Report abuse

Arthur Dale Erickson
5.0 out of 5 stars Particular Peculiars
Reviewed in the United States on June 6, 2012
Verified Purchase
Excellent story that keeps the pages turning. This would please not only the young adult reader but any reader that likes a mystery that keeps teasing. I know there will be a sequel! My first adventure into the Steam Punk genre, and a pleasent trip it was. The Peculiars
Read more
Helpful
Report abuse
See all reviews
Back to top
Get to Know Us
Make Money with Us
Amazon Payment Products
Let Us Help You
EnglishChoose a language for shopping. United StatesChoose a country/region for shopping.
© 1996-2021, Amazon.com, Inc. or its affiliates