You've subscribed to Battleground Normandy! We will preorder your items within 24 hours of when they become available. When new books are released, we'll charge your default payment method for the lowest price available during the pre-order period.
Update your device or payment method, cancel individual pre-orders or your subscription at
Your Memberships & Subscriptions
There was an error. We were unable to process your subscription due to an error. Please refresh and try again. 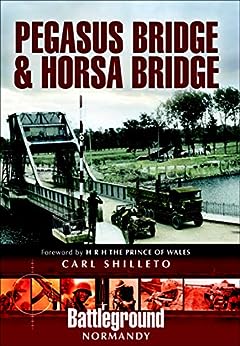 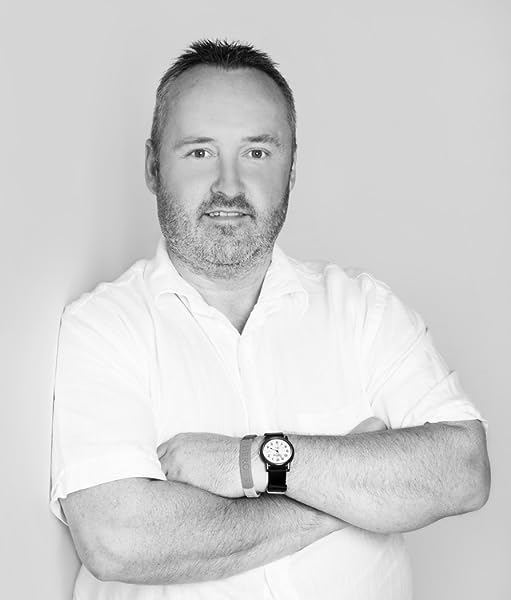 Carl Shilleto is an author and historian. --This text refers to the paperback edition.

The aim of Carl's work is simply to help contribute to the ever growing preservation of memories and actions of both those who fought and those who fell during the Second World War, through respectful, careful and detailed research and publishing.

His work is written, and presented, in a style that may be read by people of all ages, from school children to senior citizen. Much of his work combines fast paced action scenes, interwoven with moving eyewitness accounts and moments of reflection on the actual realities of war.

It is hoped that this work will help ensure that such knowledge, information and the memory of the sacrifices made by that generation, are preserved for posterity.

Carl Shilleto's inspiration for his writing and research career lies with his interest in military history since early childhood. Having grown-up during a period when many Second World War veterans were starting to recall their wartime experiences, he was particularly influenced by the wartime recollections of his grandparents. This prompted him to initially research and study the military careers of his family.

During the Second World War they saw active service in the Royal Scots, Reconnaissance Corps, Royal Artillery, Royal Norfolk Regiment and Corps of Military Police. Between them they saw action in many theatres of war: from the beaches of Northern France and Normandy; through Belgium and the lowlands of Holland in North-West Europe; to the deserts of North Africa, hills and mountains of Italy and Austria and the heat and monsoon of the Far East.

All were wounded while on active service but all survived the war.

After both helping and working, as a researcher, with several military historians, in particular the prolific military historian and writer Charles Whiting (aka Leo Kessler, Duncan Harding, John Kerrigan, Klaus Konrad, K.N. Kostov, Ian Harding & Richard Douglas), Carl embarked upon his own writing, research and battlefield guiding career while preparing for and then studying for his University of Leeds degree, with honours, in History and American Studies.

To date Carl has had over a dozen works published and has 20 years experience of working as a freelance military historian; advising, guiding and writing about the battlefields of the Second World War.

Further information about Carl's work can be found at www.carlshilleto.co.uk & www.fallenheroesofnormandy.org

4.8 out of 5 stars
4.8 out of 5
29 global ratings
How are ratings calculated?
To calculate the overall star rating and percentage breakdown by star, we don’t use a simple average. Instead, our system considers things like how recent a review is and if the reviewer bought the item on Amazon. It also analyzes reviews to verify trustworthiness.
Top reviews

Graham Wing
4.0 out of 5 stars Four Stars
Reviewed in the United States on October 12, 2014
Verified Purchase
An informative and excellent coverage of this historic event.
Read more
Helpful
Report abuse

Ned Middleton
5.0 out of 5 stars An excellent account.
Reviewed in the United States on August 22, 2011
I missed this book first time around and, therefore, came to the work without previously having heard of author Carl Shilleto. Now republished as Part 1 of the battleground guide to Normandy (Part Two being Merville Battery and the Dives Bridges by the same author), the two works compliment each other exactly as they should and are both written in an easy-to-read and energetic style which befits the actions they recount.

With both books published in the same style and at the same time by Pen & Sword Books Ltd, some of my comments are repeated in my reviews for both works because they both combine to give the most complete account.

Unlike any novel I might occasionally read (but only `very' occasionally!), I always thumb through a work of non-fiction in order to get a feel for the product before settling down to a serious read. On this occasion, I warmed to the work just as soon as I started my looking. In short, I like the book, the style of writing and the way in which it is presented.

Said to provide much more information than the original, the work describes in great detail the attack by 2 Oxford and Bucks and the airborne engineers on the bridges over the Caen Canal and River Orne in the early hours of D-Day 6 June 1944. Also covered is part of 7 Para's battle for Benouville village and 13 Para's assault on Ranville - the combination of which actions allowed the historic link-up between airborne forces and commandos on D-Day which formed the bridgehead on the eastern flank for Operation Overlord.

The work itself is profusely illustrated with photographs or illustrations on almost every page and it is quite clear how considerable effort and thought has gone into this aspect of the book. Having formerly served with all three battalions of the Parachute Regiment and 22 SAS (post WW2!), I have read a number of accounts of the wartime actions of these regiments and was most pleased to see so many photographs published here which I had not seen before - especially the one of the German gunboat sunk by a private soldier with a Piat! Most importantly, each illustration has been carefully selected so that the right picture is on the right page in order to reinforce the text you are reading at the time without breaking your natural flow of reading - which always happens when you have to pause to look elsewhere.

Altogether, an excellent offering and one which I am sure will lead to your purchasing part two of this incredible story...

Pz Bob
5.0 out of 5 stars Start.....
Reviewed in the United Kingdom on June 25, 2013
Verified Purchase
The war had been going on for 5 years and this is the first book you should read to really appreciate how much planning went into D-Day and the bravery and sacrifices of our men and women for our freedom.
Read more
One person found this helpful
Report abuse

Amazonarino2
5.0 out of 5 stars Pegasus Bridge and Horsa Bridge. D-day,1944, 6th British Airborne
Reviewed in Canada on September 8, 2013
Verified Purchase
Both bridges were seized from the Germans by British Airborne Division paratroopers flown in by gliders ((towed, at night,by British Airplanes from Airfields in England.)
....This an excellent book, if you want a very detailed account. Much of this book tells readers where to go if they visit these war sites in the present time.
There are names of officers and wounded paratropers and those who received medals in this book, but very few names of privates.
I recommend this book.
Read more
Report abuse

A. Jasper
5.0 out of 5 stars d day
Reviewed in the United Kingdom on June 2, 2012
Verified Purchase
excellent guide and history detail for the start events of D Day 1944, which was the key objective for success in Normandy
Read more
One person found this helpful
Report abuse

terryrat
5.0 out of 5 stars Great Book
Reviewed in the United Kingdom on February 24, 2015
Verified Purchase
Another very high standard book from Battleground just never ceases to amaze me how they cram so much into these. I use these on my travels to France the amount of time they save you is well worth what you pay for them
Read more
Report abuse

R SMITH
5.0 out of 5 stars Five Stars
Reviewed in the United Kingdom on August 18, 2014
Verified Purchase
Good value for money, fits in well with other reference books I have. Arrived promptly.
Read more
Report abuse
See all reviews