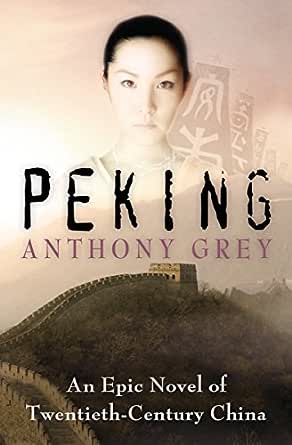 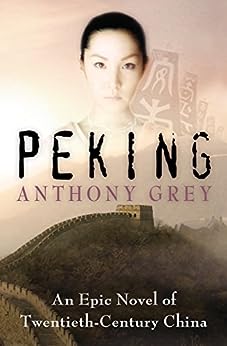 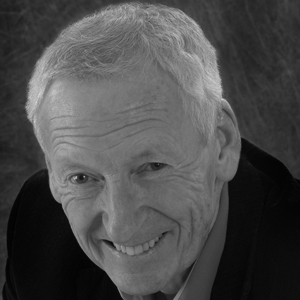 “A magnificent epic novel of modern China . . . The book is worth reading solely as a factual reminder of the chaos and calamity of China, as a quarter of the world’s people struggled and suffered toward modernity in the stormy and cruel decades between 1920 and 1980.” —Toronto Star
“Grey’s depth of feeling makes Peking a compelling epic.” —The Sunday Telegraph
“Skillfully narrated, the book is a parable of China and the West’s love affair with it.” —Far Eastern Economic Review
“Anthony Grey’s gripping fiction, based on meticulously attributed sources, is part epic, part blockbuster. . . . A moving chronicle.” —The Times (London)
“Outstanding . . . Balance, sanity, serenity and realized human love in the face of a shifting and violent and mostly hateful world.” —The Sunday Record

Anthony Grey became a foreign correspondent with Reuters after beginning his career in journalism in Norfolk, England, where he was born and educated. He reported on the Cold War from East Berlin, Prague, Warsaw, Budapest, Sofia, and Bucharest for two years before being assigned to China to cover the Cultural Revolution. There, his imprisonment by Red Guards in a house beside the historic Forbidden City of China’s emperors attracted worldwide headlines for over two years. After his release, he was awarded the Order of the British Empire (OBE) for services to journalism, and was named UK Journalist of the Year. He has gone on to become a radio and television broadcaster, bestselling historical novelist, independent publisher, and frequent public speaker.

Although titled Peking, this historical epic about China from the 1930s to the 1970s might more aptly have been called "The Long March": it recounts the legendary Long March of the Chinese Communists in flight from their foes in the '30s, and the "continuation" of the march during the more turbulent moments of Mao Tse-tung's rule. In 1934, Jakob Kellner, a British missionary, his American wife and their child are captured by Chinese Communists who set upon their rural mission. Kellner's wife is ruthlessly executed, his infant sent into hiding with a servant, and Kellner himself, his faith severely tested, forced to march for weeks in ragged clothes through awful weather with his captives. On the march, he is briefly united with Lu Mei-ling, a Chinese woman he met on his voyage to Shanghai. Mei-ling secretly takes care of his daughter and has a brief affair with him on the harsh journey. In the years following the Communist triumph, Kellner returns to China at times of crisis as a China watcher. Eventually, he introduces his grown daughter to the land and to the Chinese woman he loved and left behind. Grey (Saigon) has done a thorough job of conveying the cruelty of wholesale torture, privation and slaughter that accompanied the struggle between the Communists and the Kuomintang during the '30s. His depiction of the troubles during the "Hundred Flowers" purge of the '50s and the Cultural Revolution of the '60s, while instructive, stretches the novel farther than it will comfortably go.
Copyright 1988 Reed Business Information, Inc. --This text refers to an out of print or unavailable edition of this title.

In 1931, Jakob Kellner, a young, zealous missionary arrives in China determined to solve the country's problems with Christianity. Assigned to a post in southern Hunan, Jakob is captured by the Communist soldiers of the Red Army and is forced to endure the infamous Long March. Grey ( Saigon ) has done such a masterful job of describing this arduous trek that the reader suffers with soldier and prisoner alike as they climb icy mountains and sink in grassy swamplands. Ending with the overthrow of the Gang of Four in 1976, Grey illuminates the political events of this complex, detailed story by introducing each section with a short history of the period. Well-written and exciting, definitely recommended. Lydia Burruel Johnson, Mesa, P.L., Ariz.
Copyright 1988 Reed Business Information, Inc. --This text refers to an out of print or unavailable edition of this title.
Read more