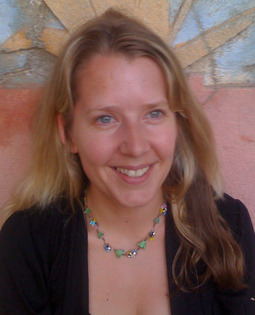 by Polly Dunbar (Author, Illustrator)
4.7 out of 5 stars 209 ratings
See all formats and editions
Sorry, there was a problem loading this page. Try again.
Read more Read less
Previous page
Next page

An Amazon Book with Buzz: "The Therapist" by B. A. Paris
"Suspicion, betrayal and dark secrets abound in this tense story." ―T.M. Logan Learn more

Polly Dunbar is the author-illustrator of DOG BLUE and FLYAWAY KATIE and the illustrator of SHOE BABY, written by her mother, Joyce Dunbar. She lives in Brighton, England.
Tell the Publisher!
I'd like to read this book on Kindle

4.7 out of 5 stars
4.7 out of 5
209 global ratings
How are ratings calculated?
To calculate the overall star rating and percentage breakdown by star, we don’t use a simple average. Instead, our system considers things like how recent a review is and if the reviewer bought the item on Amazon. It also analyzes reviews to verify trustworthiness.
Top reviews

Andrew Schonbek
4.0 out of 5 stars Communication Challenge
Reviewed in the United States on March 14, 2009
Verified Purchase
Penguin seems not to be able to talk.

This won't surprise parents and other adult readers since he's a present in a box wrapped in polka dot paper. Ben, the recipient, rips off the paper, opens the box, and the action gets underway.

That's when the problems start.

Penguin, who looks like a fat tuxedoed bowling pin with undersized feet and an oversized beak, doesn't respond.

Oh yeah. He also has a tail. It looks to be about the right size.

Ben tries just about everything (including trying to feed Penguin to a passing lion) in the effort to elicit a response from his new friend.

Finally, in sheer exasperation he shouts, "SAY SOMETHING!"

This is when things spin out of control.

Lion, who happens to be a shade of turquoise with a bright blue mane, is apparently startled by the loud noise and gobbles up Ben.

After this, Lion looks quite contented, but suddenly Penguin looks mad. He glares at Lion, and then, most unexpectedly, bites him on the nose, securing Ben's release.

This catharsis cures Penguin of his speech-impaired condition. He now waxes eloquent, in a rich and colorful pictorial language all his own.

Slobby
5.0 out of 5 stars Penguin one of the best kids books ever
Reviewed in the United States on February 3, 2012
Verified Purchase
I brought this for my son last summer, we just got another copy for a nice young lady's first birthday. This book really is wonderful. The pictures are bold and clear set against white background, and very funny. The story is charming and written with wit. I have read this book almost everyday for six months, sometimes several times a day and I still like it! That is valuable in a book, and not something I can say about many kids books. I have yet to meet a child who doesn't like it. A five year old told me last week about how good this book book is and we saw a grandpa laughing out loud the first time he read it. Buy it you won't be sorry!
Read more
One person found this helpful
Helpful
Report abuse

L. Myers
5.0 out of 5 stars The boys love it!
Reviewed in the United States on April 6, 2016
Verified Purchase
The boys LOVE it. The only 'scary' part is when the lion comes in to play. But still they love the overall story and help with reading and try to retell it later.
Read more
One person found this helpful
Helpful
Report abuse

Katie J. Summerford
4.0 out of 5 stars She thinks it's funny.
Reviewed in the United States on October 9, 2015
Verified Purchase
Purchased this for my daughter without reading it. She loves penguins. If I had read it first I *might* not have purchased it but my daughter really likes it. She thinks it's funny.
Read more
One person found this helpful
Helpful
Report abuse

MM&IG
5.0 out of 5 stars Love "Penguin"
Reviewed in the United States on August 15, 2018
Verified Purchase
Great story that amplifies a child's imagination and reinforces that true friends are always there.
Read more
Helpful
Report abuse

Dee Miller
5.0 out of 5 stars Great story for the under 6!
Reviewed in the United Kingdom on September 17, 2018
Verified Purchase
I absolutely Love this book... a real fav at my school ( reception class) as the children love to join in with the key refrains. Also a winner at bedtime with my toddler son. Bought this for a friend’s son as a gift.
Great fast delivery
Read more
Report abuse

Paul B
5.0 out of 5 stars My 2 year olds favourite book
Reviewed in the United Kingdom on October 23, 2013
Verified Purchase
When this first book arrived it was my favourite and soon to be my sons. The illustrations are clear and effective for my 2 year old to understand as well as being entertaining. The story line is amusing and very original. Have yet to find a book to compare. After reading it every night for the past few months we now love to copy all the actions along with the book. The tickling, pulling funny faces, 'dizzy dance'. I have subsequently purchased this book as a gift for a friend who also said that it has become their daughters favourite book as well.
Read more
One person found this helpful
Report abuse

Nicci01
5.0 out of 5 stars Great hit with toddler
Reviewed in the United Kingdom on November 26, 2019
Verified Purchase
My 3 year old loves this book. Happy to do the actions whilst I'm readying and helped her concentrate on the story. It's short and sweet which is perfect. They have an anniversary addition which comes with a CD, if I'm not mistaken.
Read more
Report abuse

Skimbod
5.0 out of 5 stars Brilliant book!
Reviewed in the United Kingdom on October 31, 2017
Verified Purchase
Penguin is our favourite book, all three children have laughed and enjoyed this lovely story and all three children would quite like a quiet penguin of their own. Dad and I would quite like some quiet children but I don't suppose you can have it all!
Read more
One person found this helpful
Report abuse

Claire Hessing
5.0 out of 5 stars JUST AS ORDERED
Reviewed in the United Kingdom on January 29, 2019
Verified Purchase
i ORDERED THIS BOOK BECAUSE I HAVE READ IT TO OTHER CHILDREN AND WANTED TO READ IT TO MY THREE YEAR OLD GRANDSON. HE LOVED IT.
Read more
Report abuse
See all reviews

Page 1 of 1 Start overPage 1 of 1
Previous page
Next page
Pages with related products. See and discover other items: books for preschool, penguin book, penguin books, storytime books
Back to top
Get to Know Us
Make Money with Us
Amazon Payment Products
Let Us Help You
EnglishChoose a language for shopping. United StatesChoose a country/region for shopping.
© 1996-2021, Amazon.com, Inc. or its affiliates