People to Know in Black History & Beyond and millions of other books are available for Amazon Kindle. Learn more
Share <Embed> 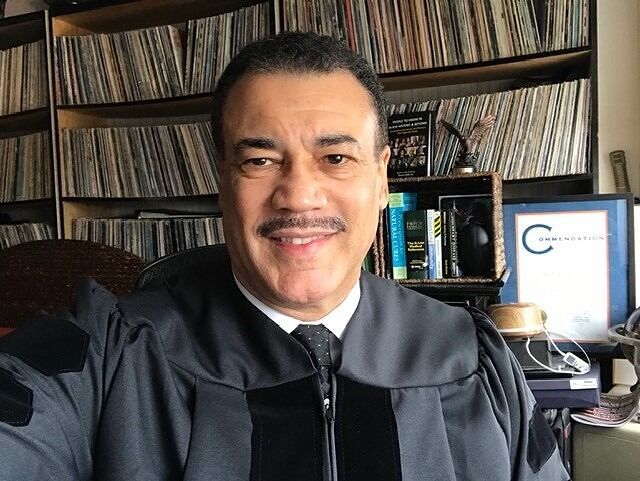 People to Know in Black History & Beyond: Recognizing the Heroes and Sheroes Who Make the Grade Paperback – March 1, 2019

Doctor Bob Lee is a man who brings back the fruits of his success to the youth and disenfranchised of communities in need. His posture of humility and quiet attentiveness precedes the underlying wealth of knowledge, creativity and experience just below the surface waiting to spring forth. His impressive profile reads like that of an elder statesman who has reached the proverbial mountaintop. Music played an important role in the development of adolescents from the Queensbridge area of New York City in the early 1970's, and Bob Lee was no exception. He found that his creative mind was well received by his peers when he manned the turntables as a DJ for house parties, festivals, schools, and charity work at hospitals under the mentorship of a neighborhood icon he looked up to: Mr. Hank Carter. It was through this friendship and the linking of the two unlikely entities - music and community service - it all began to make sense to him. Both were satisfying and important parts of his life and would launch a journey that would benefit others as well as himself. Bob Lee went on to pursue his B.A. and M.A. degrees in Communications from New York Institute of Technology while disc jockeying for WTNY-88.7 radio. His popularity began to flourish on a grander scale as he reached a wider more diverse listening audience. By 1980 the momentum of his career was beginning to escalate. He was accepted as an intern at N.Y.'s hottest R&B radio station, WBLS, under legendary host Hal Jackson, on the time honored "Sunday Classics" broadcast. By 1986, he became a staple on the evening addition of the "Quiet Storm" with the smooth baritone voicings of Vaughn Harper. Not long after, he became an integral part of the highly popular "Morning Show" with Ken Webb in which he developed the "On Time" program spotlighting positive outlooks at community schools and healthy food programs. All these shows became models for urban listening programs in cities across the nation. In the years to follow Doctor Bob Lee's career continued to skyrocket. The doors began to open to his own creative juices. He hosts "The Bob Lee Show", a music-intensive radio series. For more than ten years, Lee has hosted the weekly live television program "Open," which broadcasts on BronxNet, a world-wide cable television station. The program features news and topics affecting the Bronx community and also treats viewers to new and established musical guests. In addition to his on-air roles, Bob manages community affairs and government relations for WBLS. Bob is also the President & CEO of Bob Lee Enterprises, an umbrella for his many talents, including motivational speaking and coaching, performing in bands, deejaying and consulting for companies who want to do grassroots promotions. The marriage of entertainment and community service provided a suitable foundation in the building of Doctor Bob Lee. It's earned him his own unique place amongst today's stars of Hip Hop, R&B and Soul. He maintains a rigorous schedule of Radio, TV, DJing, book signings, speaking engagements and appearances. Though he's come a long way, Doctor Bob Lee maintains his never-ending quest to build a better future for today's youth. Bob helps college students interested in radio careers by serving as a mentor for "Table for Two," a weekly music program which broadcasts from WLIU 88.1 FM radio in Brooklyn and is staffed by interns from Long Island University. In addition, he is currently working on a PhD at the American Institute of Holistic Theology. Doctor Bob Lee is the President, Founder & CEO of the Make The Grade Foundation, a not-for-profit organization that provides mentoring and aid to school children. Make The Grade Foundation is a 501(c)(3) non-profit organization that facilitates and encourages academic achievement by implementing programs to tutor, mentor, motivate and provide incentives to students.
Start reading People to Know in Black History & Beyond on your Kindle in under a minute.

Ujima Jame
5.0 out of 5 stars Well-Chosen, Up-to-date Outlay of Black History
Reviewed in the United States on March 26, 2021
Verified Purchase
Very informative and up-to-date outlay of a number of people who had a significant impact on Black history in various categories.From Crispus Attucks to Barack Obama, from Langston Hughes to Grankie Crocker and Betty Shabazz to Oprah Winfrey.
Read more
Helpful
Report abuse
See all reviews