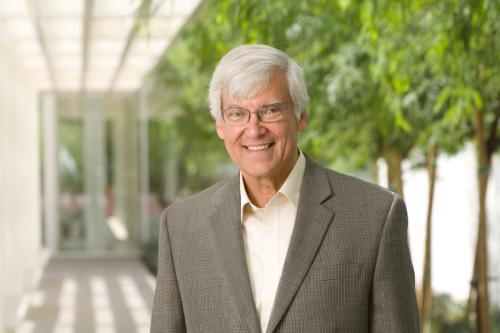 by Geoffrey Cowan (Author)
4.6 out of 5 stars 6 ratings
See all formats and editions Hide other formats and editions
Read more Read less
Inspire a love of reading with Prime Book Box for Kids
Discover delightful children's books with Prime Book Box, a subscription that delivers new books every 1, 2, or 3 months — new customers receive 15% off your first box. Learn more.
click to open popover

Claiming that Darrow's autobiography and other accounts have "sugarcoated" the legendary attorney's "most dramatic and traumatic case," Cowan ( See No Evil ) reconstructs the 1912 trial in which Darrow (1857-1938) stood accused of bribery in a highly political murder case. In a brief, effective biographical sketch, Cowan argues that the once-idealistic Darrow had grown cynical by 1911, when labor unions called on him to represent the defendants in the "Crime of the Century." That case involved a labor leader and his brother, James and John McNamara, who were accused of bombing the offices of the Los Angeles Times , killing 20 men; labor leaders, radicals and the public assumed the brothers' innocence, so it astonished and embittered many when Darrow entered a guilty plea. Darrow was later charged with having attempted to buy a juror before the plea; he hired the notorious Earl Rogers, offered a stirring defense and was exonerated. Cowan concludes that Darrow was probably guilty but suggests that, given the tenor of the vicious battles between industry and labor, Darrow may have been motivated by a revolutionary streak. Although the author's use of brief scenes sometimes makes the narrative choppy, he moves his story briskly and forcefully. Photos not seen by PW.
Copyright 1993 Reed Business Information, Inc.

America's greatest lawyer! The record might justify granting that title to Clarence Darrow. He defended the unpopular in dramatic criminal trials: labor leaders after the Haymarket Riot; coal miners in Pennsylvania; and war protesters charged with violations of state sedition laws. But Darrow is best remembered for his defense of John Scopes, charged with violations of state law for the teaching of Darwinian evolution. Darrow is not so well remembered, however, for perhaps his most important criminal defense: that of his own trial for allegedly bribing jurors in the trial of two labor leaders charged in the dynamiting of the Los Angeles Times building. The two books that principally defined Darrow's popular image--his own autobiography, The Story of My Life (1932) and Irving Stone's Clarence Darrow for the Defense (1941)--glossed over this matter. Cowan, an attorney practicing law in Los Angeles, attempts to fill this void with a highly readable account of the trial. Highly recommended to a wide range of general readers.
- Jerry Stephens, U.S. Court of Appeals Lib., Oklahoma City
Copyright 1993 Reed Business Information, Inc.

A revisionist study of Clarence Darrow in which Cowan, an attorney and historian (See No Evil, 1979; UCLA), concludes that the legendary lawyer--despite being acquitted in 1912 of the charge--did indeed try to bribe a jury in a criminal case. Darrow is generally remembered as an almost saintly figure who used his matchless eloquence and intellect to serve the cause of the poor and working classes, with brilliant success and often for no pay. But the truth, Cowan suggests, was more complex and interesting: Darrow was a gifted, idealistic man, devoted to the causes of underdogs but cynically disdainful of traditional concepts of truth and justice. In 1911, the attorney, already nationally famous for his defense of labor cases, was comfortably engaged in a lucrative corporate practice when he assumed the defense of J.J. McNamara, a popular leader of the Structural Iron Workers Union, and of McNamara's brother Jim: The two were indicted for murder in the fatal bombing of the Los Angeles Times building. Cowan tells how Darrow, desperate to save his clients from almost certain hanging, urged his agents to plant spies among the detectives and prosecutors and to attempt to bribe key prosecution witnesses and jurors. After one of Darrow's friends was arrested in the act of passing money to a juror, the McNamara case was settled quickly, with Jim McNamara receiving a life sentence and J.J. getting 15 years. Prosecutors then indicted Darrow for jury tampering, but, after a long and spirited defense--much of which Darrow handled himself--the jury was won over by the lawyer's eloquence and acquitted him despite considerable evidence of guilt. Cowan suggests that Darrow emerged from the experience chastened and wiser, going on to argue his greatest cases. A tense and riveting account that neatly balances courtroom drama with fascinating glimpses into Darrow's enigmatic conscience. (Eight pages of b&w photographs--not seen) -- Copyright ©1993, Kirkus Associates, LP. All rights reserved.
Read more

abc
4.0 out of 5 stars He was a bad guy
Reviewed in the United States on September 25, 2020
Verified Purchase
A good book about a bad man.
Read more
Helpful
Comment Report abuse

Ken Buowski
4.0 out of 5 stars Glad I read it.
Reviewed in the United States on April 17, 2015
Verified Purchase
Well written. Interesting. Kept my attention. Would have appreciated a bit more on his life and cases after the bribery trial. Otherwise, a good read.
Read more
Helpful
Comment Report abuse

A. J. Bradbury
5.0 out of 5 stars Clarence Darrow -
Reviewed in the United States on May 21, 2006
Unlike the leader of the English Revolution - Oliver Cromwell - Clarence Darrow spent much of his life working hard to build a mythical image of himself to conceal the fairly despicable character that he really was, and would almost certainly never have told a portrait painter to portray him as he really was - "warts and all". So it would certainly have brought him no pleasure or satisfaction to read this book, which goes a long way towards revealing his many failings.

In respect of my description of him as "despicable", for example, this was a man whose wife, Ruby, stood(or more literally sat)by him through the three months of the first bribery trail, supporting and encouraging him when he was at his lowest ebb, and at one point suffering a breakdown herself.
And what did she get in return?
The trial finished on a Saturday when the jury declared Darrow to be "not guilty". Which Darrow celebrated the next day by going for a drive in the country with his mistress - Mary Field - and two of their friends (page 407)!
The author does not tell us what Ruby Darrow did to pass the time that day.

Indeed, the wonder of this book is that it got written at all, given the power of Darrow's self-aggrandisement, even today. Especially given that the author is so obviously still a devoted fan of Darrow, and despite all the facts he has uncovered, still does his best to excuse Darrow's behaviour. Though given that Cowan was co-founder of the Clarence Darrow foundation this piece of cognitive dissonance is maybe not entirely surprising.

Anyone planning to read this book, and I believe it is indeed worth reading, should be aware that it is a BIG book - 445 pages plus extensive note, a bibliography and an index, which take it up to 546 pages in all.
And for a very good reason.

Although the book is subtitled: "The bribery trial of America's greatest [sic] lawyer", Cowan actually reaches back to the earlier trial of "Big" Bill Hayward (1907) as he begins to set the scene. He then goes on to describe the MacNamara case in considerable detail, and Darrow's part in those events, not only to explain how the bribery case came about, but also in order to give a really in-depth picture of how Darrow functioned as a lawyer, frequently excusing his own criminal actions - destroying evidence, bribing witnesses, etc. - on the grounds that the alleged wrongdoings of his opponents, and the rights of his clients to a "fair" trail. In short, in Darrow's mind it seems that the "ends" justified virtually any "means".

The problem any non-commited reader faces, as Alan Dershowitz points out, elsewhere, is that anyone who takes the attitude that Darrow held, and acts upon it, does not benefit or help to improve a corrupt system - they merely compound the corruption, however much they may benefit their own clients.

Part of the Darrow myth is that his concern was always to help the weak and the poor or at least, as in Cowan's quote:

"I have represented the strong and the weak - but never the strong against the weak."
(page 424)

If this had been true it might be a mitigating factor in Darrow's favour. But it was actually nothing more than yet another of Darrow's many lies. Darrow frequently sided with the strong against the weak - and Cowan gives a number of examples, most notably (in this context) the fact that at the very time when he was called upon to act in the MacNamara case, Darrow was in the middle of defending the Kankakee Manufacturing Company against a charge of having [...] many small investors by issuing brochures and letters that were nothing short of [...] in their claims about the company's financial attributes. The case had been brought by an elderly Civil War veteran - Charles Myerhoff - who, like many other, had lost virtually all of his life savings when the guano hit the fan.

And what excuse did Darrow, the alleged "love[r of] his fellow man" (page 445) offer in defense of his [...] clients? Why, that the investors had a legal responsibility to check the veracity of such claims (pages 71-71). Legalistically correct, no doubt, but how on earth does that square with Darrow's sanctimonious claim that he "never [acted for] the strong against the weak"?

No-one really benefits from such wholesale lies as are found in the Darrow myth, and the legal profession in America might benefit greatly if this book was mandatory reading for every Law student in the country - alongside Darrow's own blatantly self-serving, mendacious autobiography "The Story of My Life".