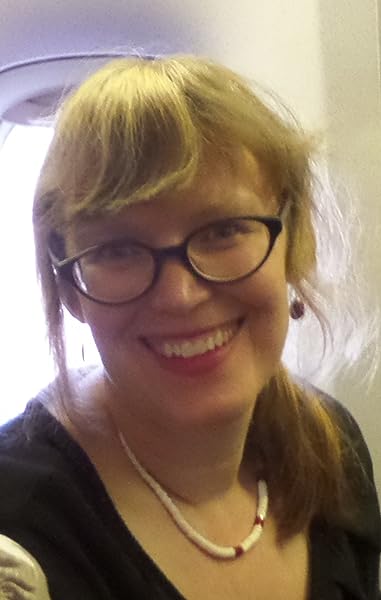 With fascinating characters and a suspenseful and intricate plot, this book is a riveting read...[It] will thrill everyone who enjoys mystery novels filled with twisted plots and unique protagonists. - Susan for Readers' Favorite

Start reading Peppermint Cream Die on your Kindle in under a minute.

Spotlight Reviews
5.0 out of 5 stars PEPPERMINT CREAM DIE has it all
Reviewed in the United States on October 13, 2020
PEPPERMINT CREAM DIE has all the cozy beach town charm you'd expect with a fresh, new kind of heroine. Kayla Jeffries owns an ocean-themed baking business, but that's not what sets her apart. Kayla is an HSP - a highly sensitive person - a trait I didn't know much about before finding this series. Due to her HSP nature, Kayla has to make sure she doesn't become overstimulated by the outside world. She prefers the company of animals or being alone. She doesn't like loud noises or big groups of people. She'd rather be at home than at a party. I found myself relating to her a great deal because of this. Rarely does a cozy feature an introvert, so Kayla was a refreshing change. I also learned a great deal about a topic I wasn't familiar with!

However, just because she's an HSP doesn't mean Kayla will sit on the sidelines when it's important to her. After Kayla discovers her friend Trudy murdered in Trudy's home, Kayla takes it upon herself to find out what happened to her dear, grandmotherly friend. What she uncovers has Kayla questioning everything she knew about Trudy...

Full of mouth-watering treats, adorable feline companions, an investigation full of wild twists, and a sweet, budding romance with a local restauranteur, PEPPERMINT CREAM DIE has it all!

I was lucky to receive an advanced copy of this book and have reviewed this voluntarily.