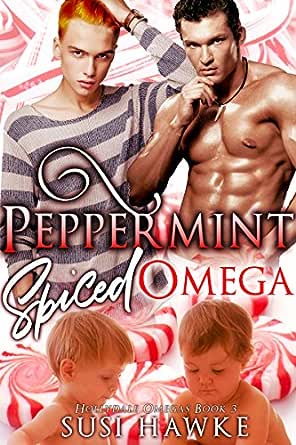 You've subscribed to The Hollydale Omegas! We will preorder your items within 24 hours of when they become available. When new books are released, we'll charge your default payment method for the lowest price available during the pre-order period.
Update your device or payment method, cancel individual pre-orders or your subscription at
Your Memberships & Subscriptions
There was an error. We were unable to process your subscription due to an error. Please refresh and try again. 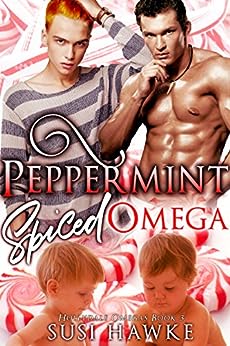 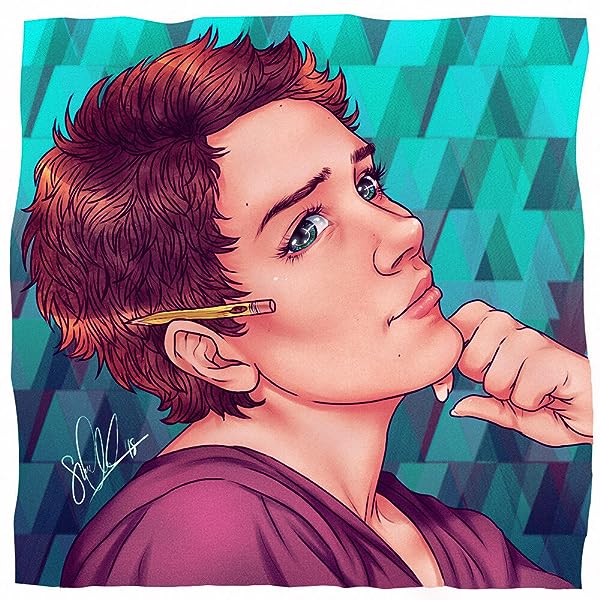 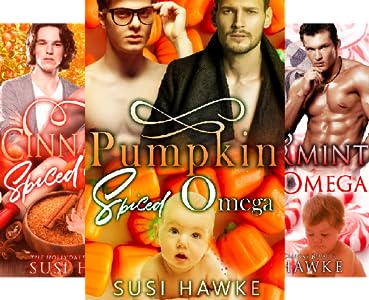 4.8 out of 5 stars
4.8 out of 5
143 global ratings
How are ratings calculated?
To calculate the overall star rating and percentage breakdown by star, we don’t use a simple average. Instead, our system considers things like how recent a review is and if the reviewer bought the item on Amazon. It also analyzes reviews to verify trustworthiness.
Top reviews

Joelle M
5.0 out of 5 stars They just get better and better
Reviewed in the United States on January 22, 2020
Verified Purchase
I never would have guessed when I met Tom, that I would fall so hard for him. OMG! He's been so much fun to read. But this book just shredded my heart. I would say that I want to take him in my arms and try to take his pain away but he's got a hot alpha daddy for that now. I wasn't sure that I'd like Tom with someone other than Ian but Colin proved himself to be the perfect alpha for him. I loved them together. I loved sweet little Allie and Tofer and seeing Milo, Rafe, Christian, Liam and Kent again. I really love this magical world and can't wait to see who finds their HEA next.
Read more
One person found this helpful
Helpful
Comment Report abuse

DeirdreTop Contributor: Pets
5.0 out of 5 stars Tom's Story
Reviewed in the United States on December 14, 2017
Verified Purchase
This third book in the Hawke's Hollydale Omegas series is Tom's story. He's been an ever present secondary character for the entire series. It is great that he is finally getting his feature story. Properly we are now getting a peak into whom Tom really is. Beyond his quirkiness: not using pronouns, being promiscuous, and a huge flirt. His back story is quite a surprise.

We meet the real Tom "Collins". His smiles & cheerfulness hiding sadness, anger, disappointment, and a desire to be truly accepted & loved. He appears to be the life of the party, but most don't look beyond the mask & behaviors he wants them to see. He has suppressed a great deal of pain & grief. Only his closest friend knows.

Who he lets them see he can be a really nice guy varies. He keeps his various selves compartmentalized. Those that know him as a hospital pediatric volunteer aren't aware of his reputation at the nightclub The Big O. His friends know what a great guy already he is from the many wonderful things he does without even being asked. He can be flamboyant and a drama king, but his heart is in the right place.

It is Tom's turn to win the HEA lottery. And though he meets his knight in shining armour, he runs. He befriends a quirky weird cage dancer who likes to dress like an elf. Topher returns his friendship tenfold. He is a hit in particular with the children / "family" in Tom's life. His magical presence brings smiles and much needed childcare.

Dr. Colin the other main character wanted a normal life, but he had a 70 to 80 hour work week. He was a great catch, but he got thrown back or wouldn't allow someone who wanted to, to get close. He didn't have the time. Then Tornado Tom blew into & out of his life. Colin was shocked and overwhelmed by the meteor that struck him. He wished he had time for the gorgeous red "ginger" head. For the first time he wanted to try, but Tom wanted guarantees not tries. Colin had to find a way to make Tom believe he was worth taking a risk on.

This is a sweet story of children in need, of men wanting to change their lives for the better, of family/friends who are there when needed, and Christmas magic. It's such an entertaining book. When I smell peppermint from now on I will think of Tom and all the others & mine.

Joanne
5.0 out of 5 stars Christmas came early!🎄🎄
Reviewed in the United States on November 15, 2017
Verified Purchase
I knew that a book featuring Tom was going to be different, how different I couldn't have guessed.
All readers of this adorable series know Tom so no further explanation is necessary , you must discover Tom on your own.
Colin had no idea when he went to club O just how life changing that beer would be. The overstressed doctor was looking for mr right now and he found much more than that.
This lovely book explores Tom's past and the events that have brought him to the place he's at. Luckily for both of them Colin is there with him. It will make You laugh and make You cry and make You hug.
You will never be sorry to have consumed this gem of a book. I think it's probably as delicious as Tom's peppermint ballz.
The adulting parts are smokin hot too.
Love you Susi and Merry Christmas🎄🎄🎄
Read more
2 people found this helpful
Helpful
Comment Report abuse

KC
5.0 out of 5 stars and 5 hankies, too
Reviewed in the United States on September 20, 2020
Verified Purchase
Third of 7 in the series by prolific author Susie Hawke, there are many scenes of such Joy and happiness included that my eyes have been well lubricated. With a diverse cast (possibly from the series-this reads as a stand-alone) expounded over a campy, clever plot, I fell in love with the whole extended family.

As I am a gatherer of books, I collect books and ebooks from a variety of sources: Goodreads wins, Bookhub, BookFunnel, emails from authors and publishers, and others. I do lose track of their sources. But, as a reader, I feel I should give an honest, unencumbered review for all I read.
Read more
Helpful
Comment Report abuse

Jan Oliver Esten
5.0 out of 5 stars Peppermint Spiced Omega caps of trilogy of stories
Reviewed in the United States on November 19, 2017
Verified Purchase
Tom was somewhat odd when I first met him in Pumpkin Spiced Omega. He turned into a managerial genius in Cinnamon Spiced Omega and he finally gets his own story in Peppermint Spiced Omega. This book has several moments of awe inspiring reading, moments of pathos and angst, and an HEA as you would expect from Susi Hawke. I'm trying really hard to figure out a way to let you all know how much I appreciated the story line of this book without spoiling the story for you. The only character I'm not too sure of is Tofer, the elf. I'm not sure how much I liked him in this story. Sometimes I felt he stole the suspense of what would happen and how. Sometimes I loved him and his precognition. You'll need to decide for yourself. But Tom--Tom is a very special omega. I love the way he talks and when he talks "normal" you know there is something very important being relayed. Overall I loved this book and I was so excited for the wonderful outcome for him and Colin. It couldn't have happened to a better couple.
Read more
Helpful
Comment Report abuse

Shelley D Chastagner
5.0 out of 5 stars Colin and Tom
Reviewed in the United States on December 13, 2018
Verified Purchase
I so enjoyed this third book in the series. Tom caught my attention in his own special way at the beginning of the series and I enjoyed getting to see him finally getting his HEA. He's full of surprises. He has a lot more going on than he lets on. He's smart, giving and always looking out for his friends. Colin meets Tom and can't get the man out of his head. I liked that he kept pursuing Tom, realizing along the way that he wanted way more out of his life. I loved getting to see all the guys from the previous books and the new cast of side characters was great. There's a bit of intrigue in this one, but all comes together beautifully. The last chapter had me laughing several times.
Read more
Helpful
Comment Report abuse
See all reviews

auntie biff # love's reading
5.0 out of 5 stars LOVE LOVE LOVE MY HOLLYDALE BOYS
Reviewed in the United Kingdom on January 11, 2018
Verified Purchase
This series just keeps on getting better and better so glad Tom finally got his own book to tell his story and what a story.
This series is the first I've read by Susie and it was Austin Bates that introduced and recommended her to me so thanks Austin and I do still read your books avidly.
Keep up the good works both of you I'm off to start book four of my favorite family of men and their babies in Hollydale can't wait to see whatever in store for IAN and CECIL and how all the others are doing xxx
Read more
Report abuse

Midnawolf
4.0 out of 5 stars Sweet and spicy novella series.
Reviewed in the United Kingdom on November 20, 2017
Verified Purchase
If you like MM Alpha and Omega M Preg books then this series is for you. Three stories about love and Destiny with an added dose of magic, with likeable characters, good interesting story lines and good endings. I hope the author writes Kent's story next. The sweet alpha deserves his own happy ever after.Recommended.
Read more
Report abuse

jeanine beaulieu st pierre
4.0 out of 5 stars Liked the book
Reviewed in Canada on November 20, 2017
Verified Purchase
I liked this book but I don’t like when a a person refers to himself as a second person I think that was the only thing wrong with this book
Read more
Report abuse
See all reviews