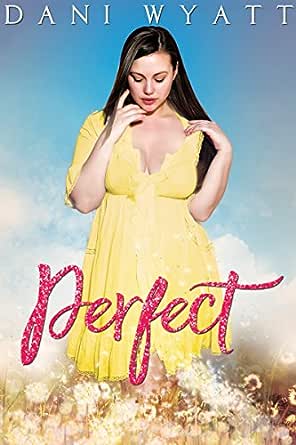 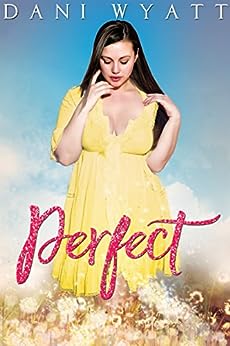 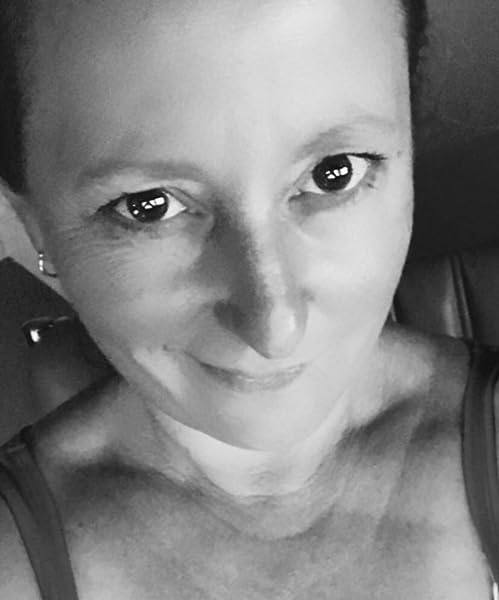 "Dani Wyatt is a perfect goddess when it comes to writing love scenes; she must be Venus, Aphrodite, and Freyja reincarnated. I worship her. I lay flowers at her altar, in the hope that she will write some more."  --Miss Betty Book Reviews

"As long as Dani keeps writing, I will keep reading."  -Black Feather Blogger

"PERFECT!!!! Yes, that's the title, but it's also the best word to describe this book through my eyes! Absolutely PERFECT!" --Gi's Spot Reviews

4.4 out of 5 stars
4.4 out of 5
167 customer ratings
How does Amazon calculate star ratings?
Amazon calculates a product’s star ratings based on a machine learned model instead of a raw data average. The model takes into account factors including the age of a rating, whether the ratings are from verified purchasers, and factors that establish reviewer trustworthiness.
Top reviews

chrisda
3.0 out of 5 stars Waiting for forever with you
Reviewed in the United States on October 5, 2019
Verified Purchase
Talia has had a sheltered upbringing where her only firm of contact are her parents. An earlier tragedy in their family has led to her being disconnected from the world, home schooled, and only the animals her family raised being her friends. Now after being allowed to attend school and communicate with other students, it's all becoming a new an exciting world to explore for her, even with the few contingencies her dad has put in place, concerning her education. So when she is invited to a social with a few of her classmates, her mom was able to convince her dad to allow her to attend, albeit his misgivings and his fears. But after being terrorized by these girls who she thought were her friends, she is starting to think that her dad was right all along about the outside world and how cruel people can be. The only good think that came from attending was meeting Griffin, the guy who had her heart racing and her body doing crazy things because of him and the fact that he was able to make her smile and happily entertain her until her dad came to pick her up from her worst nightmare ever.

Griffin has not been one for dating and partying, even though he was quite popular throughout high school and college. His focus has always been finding a way to help his parents financially and doing well in his studies. Then he met Talia, and his entire world shifts, his vision became focused on her, his body stood to attention, and his heart started racing. Right away he knew, he had to meet her and find out more about her, because she is, his forever, the girl he has been waiting for his entire life. But then to meet her and have her disappear on him overnight, was not something he imagined happening, but he has faith and decided to wait for her return. So when his patience paid off, and she finally contacted him, he started making her aware of his feelings for her and making changes in his life to be with her permanently.

Can they overcome the obstacles in their way and unite in the face of their enemies?
Read more
One person found this helpful
Helpful
Comment Report abuse

La Blue
3.0 out of 5 stars This story is not perfect but I definitely enjoyed it.
Reviewed in the United States on November 10, 2019
Verified Purchase
I LOVED the relationship development of the two main characters. The author definitely put in the work of showing them getting to know each other even with the insta-love they already had.

However, the grammatical errors were highly distracting. I kept having to reread sentences to understand what she was really trying to say and therefore the story didn’t flow as it should have.

Also, while I love a lot of heat in my stories this author focuses a little too much on the p o r n side of heat and I get bored after the third scene. She is very good with these scenes and I like the very dirty naughtiness of them I just wish it was balanced a little more with the size of the story and the content of the story. It’s just a bit much.

I can see this being a reread for me. I really loved the first half of this book. The second half was good but a lot of s e x. I will appreciate all the s e x when I’m retaking this story I’m sure. And then the HEA. ENJOY.
Read more
One person found this helpful
Helpful
Comment Report abuse

Kindle Customer
5.0 out of 5 stars Psycho/sweet?
Reviewed in the United States on February 9, 2017
Verified Purchase
If that's a thing, this would be the example. I thought this was the sweetest, sexiest, craziest story ever. I loved Griffiin and how much he loved his Wildflower. It was boarding on nutty, and he was in full awareness of this, so that took some of the edge off. I'm definitely going to see what else this author has because this is my kind of reading. Innocent h and big overbearing H, it makes for some steamy fun.
Read more
2 people found this helpful
Helpful
Comment Report abuse

Viva Vixen
5.0 out of 5 stars Magical
Reviewed in the United States on March 10, 2020
Verified Purchase
Love this author and can always depend on a great book with low angst and lots of steam but she outdid herself with this one. It had everything to make a breathless swoon: a possessive, determined alpha hero who ONLY belongs to the heroine and a sweet and innocent heroine who ONLY belongs to the hero.

Y. Williams
5.0 out of 5 stars This book was hot and sexy!
Reviewed in the United States on November 21, 2017
Verified Purchase
A Father's Love is supposed to be strong and protecting but this character's father took it to a whole new level. I like the fact that she kept her spirits going even though she was kept away from everything and everyone. And then her knight in shining armor came for her. He loved her from the beginning and he didn't give up. I enjoyed this book because I believe that there is someone for everyone. This book was hott! Thanks again Dani Wyatt!
Read more
Helpful
Comment Report abuse

phoebess
3.0 out of 5 stars Average but still good.
Reviewed in the United States on April 22, 2019
Verified Purchase
Perfect was perfect when the couple was together—it was also sexy as hell—but when they were apart and they only communicated through emails, I was slightly bored.
Read more
One person found this helpful
Helpful
Comment Report abuse
See all reviews from the United States

Mrs Heidi Simpson
5.0 out of 5 stars Lovely read
Reviewed in the United Kingdom on January 6, 2018
Verified Purchase
This is the first book I've read by this author and i enjoyed it so much it's so nice to read a book there the main character is a little insecure about her size , yet the boy of her dream loved her for her and make her feel special and is not ashamed to tell her and show his love for her . Can't wait to read other book by Dani wyat t x
Read more
Helpful
Sending feedback...
Thank you for your feedback.
Sorry, we failed to record your vote. Please try again
Report abuse

A. J. Bergman
5.0 out of 5 stars One-click with abandon!
Reviewed in Australia on October 27, 2016
Verified Purchase
Yum, yum, yum. Another delicious, instantly-obsessed, dirty-talking, filthy, caveman hero. *Le swoon*. I liked the slow build of the relationship with the very hot times. Too bad I was on a train and couldn't do anything about it! I loved the minimal angst and the safe read, perfect for me. I also loved the two epilogues and the pretty big hint at the end as to who might next get their own book. *Jumps up and down for joy* .
Read more
Helpful
Sending feedback...
Thank you for your feedback.
Sorry, we failed to record your vote. Please try again
Report abuse

Angie
5.0 out of 5 stars Perfect
Reviewed in Canada on November 30, 2016
Verified Purchase
Loved the book. Couldn't put it down! Terrific author!
Read more
Helpful
Sending feedback...
Thank you for your feedback.
Sorry, we failed to record your vote. Please try again
Report abuse

Manjoosha
5.0 out of 5 stars Insta love, both virgins, amazing hero n heroine, great epilogue6
Reviewed in the United Kingdom on October 31, 2016
Verified Purchase
I love this perfect, in fact I love all ur books with both virgins, u r an amazing story teller, I always look forward to your books☺
Read more
Helpful
Sending feedback...
Thank you for your feedback.
Sorry, we failed to record your vote. Please try again
Report abuse