You've subscribed to Leap of Love Series! We will preorder your items within 24 hours of when they become available. When new books are released, we'll charge your default payment method for the lowest price available during the pre-order period.
Update your device or payment method, cancel individual pre-orders or your subscription at
Your Memberships & Subscriptions
There was an error. We were unable to process your subscription due to an error. Please refresh and try again. 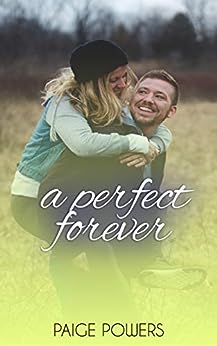 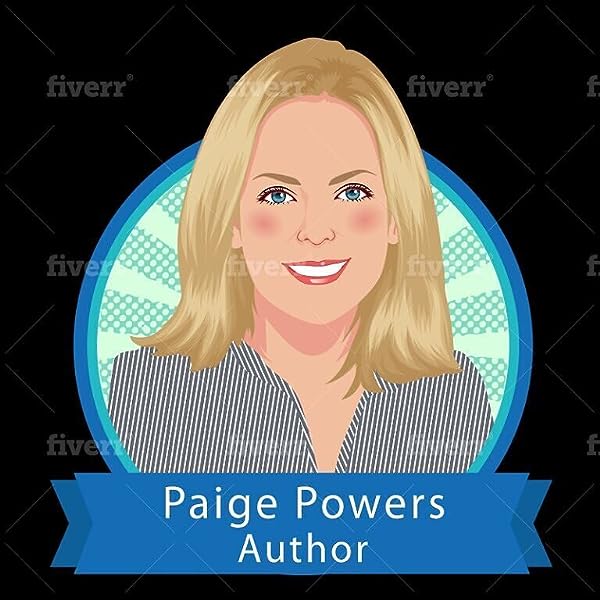 An Amazon Book with Buzz: "Punch Me Up to the Gods" by Brian Broome
"One of the most electrifying, powerful, simply spectacular memoirs I—or you— have ever read." —Augusten Burroughs Learn more
Books In This Series (6 Books)
Complete Series 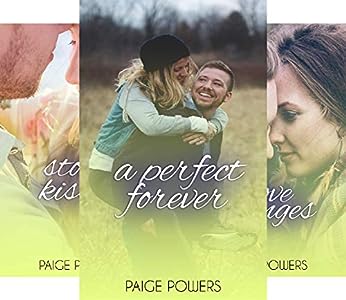 This is a lovely book from beginning to end. It keeps your attention and is for every age. -Betty Bagley

A pleasant ride about love from an unexpected place! Powers sets the stage beautifully and unveils the story in a way that keeps you turning the pages. -Heart of SEA

A tantalizing tale of Western love and adventure! Two thumbs up for this awesome book! -Nneka Gunn

Such a feel-good romantic story. Makes you want to fall in love all over again when you read this book.  -Diane de Jesus

One of the best romance novels I have read in a long time. I am already hooked on this series and can't wait to read the other books! -Lourdes Marie O. Batula

The storyline is enjoyable, and the characters are multi-dimensional in this western mystery romance. I really enjoyed the interaction between Ben and Amelia. -chenchan

Amelia and Ben were so cute! I was absorbed in the book rather than reading just to finish it! Great book!!!! -Amazon Customer

4.1 out of 5 stars
4.1 out of 5
89 global ratings
How are ratings calculated?
To calculate the overall star rating and percentage breakdown by star, we don’t use a simple average. Instead, our system considers things like how recent a review is and if the reviewer bought the item on Amazon. It also analyzes reviews to verify trustworthiness.
Top reviews

Mary B.
5.0 out of 5 stars perfect little love story
Reviewed in the United States on December 19, 2014
Verified Purchase
I can't see how Ms Powers gathered such a full story into a novella. There was travel to forge in lands, a mother that owned a brothel a father that was a wealthy businessman and finally Ben, a Pinkerton agent to love. This story stars in Boston and takes us to San Francisco after the deaths oh Amelia's parents. She has inherited a gold mine in California and the will gives her 1 year to get married before she can claim it. The story has mystery in it as Ben helps a young man who claimed to be Amelia's brother in order to get her inheritance and a con man who proposes to Amelia before she meets her Pinkerton man. 5 stars. Good job Paige
Read more
12 people found this helpful
Helpful
Report abuse

StaceySS
5.0 out of 5 stars My First Good Read of the Year
Reviewed in the United States on January 23, 2019
Verified Purchase
Book 1 of the Leap of Love Series, A Perfect Forever introduces us to the lovely Amelia who is fresh out of boarding school in Switzerland. The only daughter of the owner of one of Boston's famous brothels and a wealthy businessman, Amelia returns with hopes of resuming her life at home as an adult. The author introduces us to a major tragedy in Amelia's life that will cause her to have to grow up immediately. Here comes Jonathan who makes a grand discovery that he was a well-kept secret for many years. The author takes us from Boston to California in the Gold Rush era, following Amelia as she seeks to build a life that should be "A Perfect Forever".
Read more
One person found this helpful
Helpful
Report abuse

Amazon Customer
5.0 out of 5 stars A Pleasant Ride about Love from an Unexpected Place
Reviewed in the United States on January 16, 2019
Verified Purchase
Although A Perfect Forever is the first book in a series, it is a story all its own. The story is unique because it puts a young woman in a situation that was unheard of in her time and makes you wonder what you would do if you were in her situation. Amelia is a strong character finding out the life can be both amazing and unfair in love, loss, and finding one's way. I enjoyed this unexpected adventure of the discovery of what love is and can be. Powers sets the stage beautifully and unveils the story in a way that keeps you turning the pages. I'm looking forward to reading the second in the series.
Read more
2 people found this helpful
Helpful
Report abuse

Jennifer G.
4.0 out of 5 stars An uncommon woman
Reviewed in the United States on January 25, 2015
Verified Purchase
A Perfect Forever (Leap of Love #1)
By: Paige Powers
4/5 stars

Amelia Smith grew up in the lap of luxury in Boston. Her father not only came from old money, but was also a wealthy businessman in his own right. Her mother is also a successful business woman, in that she owns and runs a brothel. When Amelia was sent to boarding school in Switzerland, she thought that her parents no longer loved her. But by the time she graduated, she was grateful for the opportunity and all that she learned, not only educational but about herself as well.

Ben Abbott grew up as the youngest child of 10 to farmers in South Carolina. There wasn’t any extra money and all the kids had to work on the farm to make a go of it. But Ben knew that the farm life wasn’t for him and decided to become a Pinkerton detective. His first job is for a man claiming to be a relative of Amelia Smith’s and so he goes to find her. What he wasn’t expecting was to become enamored with the beautiful and kind woman.

But Ben doesn’t know if Amelia would accept any type of friendship or courtship with him because he was responsible for bringing a man into her life who wanted to claim some of her inheritance for himself. Further he doesn’t know if it would be acceptable for him to start a relationship because of the prior business dealings. To top it all off, Amelia also has a suitor of her own, even if they don’t seem to be well suited to each other.
Read more
3 people found this helpful
Helpful
Report abuse

The Voracious Reader
2.0 out of 5 stars Too Much Wrong with This Novella
Reviewed in the United States on August 5, 2015
Verified Purchase
Amelia Smith’s family is wealthy. Her father is a businessman from a high-society family, and her mother owns a brothel. She returns from finishing school in Switzerland to find her parent’s had been killed in an accident. The will requests that Amelia sell the Boston house and move to San Francisco to run her father’s gold mine. She must also marry within a year.

Ben Abbot grew up in a big family with wild brothers. His first job as a Pinkerton agent is to find Amelia Smith for a man claiming to be her half-brother. After secretly following Amelia around for a few days, he falls in love with her, but she already has a fiancé.

So begins a very hard-to-believe plot. There was so much wrong with this short novella that I don’t know where to start. First of all, many parts just didn't add up. In 1860 Boston, a madam of a brothel would not have been accepted in society. Amelia’s parents’ will made little sense, and no reason was given for the odd requirements. Why didn't Ben find Jonathan, the supposed half-brother, after the man rushed ahead to meet Amelia when he’d agreed to wait for Ben to go with him? If Jonathan couldn't find Amelia (who wasn't trying to hide) on his own, how did he gather information on her fiancé that Alfred was trying to keep hidden? I don’t think Amelia would have been drinking whiskey with company in 1860, especially since she was running a finishing school for girls. I was surprised Ben asked her out, when he believed her to be engaged. It would be difficult to skip rocks on the ocean like Ben did. The story was not well-written. It used no contractions, which made it stilted. At least 90% of it was told after events had already happened, and the recounting became boring and tedious. Some of the characters thoughts were repeated over and over again, and all of them seemed very self-centered. The main conflict just disappears with no resolution. Wrong words were used, such as “exposure” for “composure” and “ground” for “floor.” Modern language was also used, like “they were an item,” “hadn't seen that coming,” and “complete turn on.” Tuxedos weren't worn until about 1900 either. The book had so many unanswered questions, plot points that didn't make sense, and poor writing that I felt it was a total waste of my time. I really thought that it would have some redeeming parts near the end, but it didn't It did have a happy ending, but even that ended up being told rather than shown and was too saccharine. In addition, the modern cover didn't go with the story. Amelia did not dress like a cowgirl!
Read more
3 people found this helpful
Helpful
Report abuse

Nneka Gunn
5.0 out of 5 stars Tantalizing Tale of Western Love and Adventure!
Reviewed in the United States on December 8, 2014
Verified Purchase
I have been a fan of Christian romance and love inspired mystery ebooks for a while now. A Perfect Forever, which is the first ebook in the Leap of Love Series, was the perfect book for a rainy day like today. Two lovers (Amelia and Ben) from opposite sides of the track collide in an ocean of love and loyalty in this western inspired romance. This ooey-gooey, oh so intriguing love story had me cozied up all day drinking in this well written plot with characters of many facets. Love, money, western detectives, power, and family connections provided just the entertainment I needed and I can't wait for the second installment in this series! Two thumbs up for this awesome ebook!
Read more
5 people found this helpful
Helpful
Report abuse
See all reviews

Elle Stone
5.0 out of 5 stars A worthy read!
Reviewed in Australia on January 15, 2019
Verified Purchase
If you are looking for a new romance series I would highly recommend the Leap of Love series beginning with 'A Perfect Forever'. The characters are well-developed, especially the lead of Amelia Smith. The relationship she strives for is also written in a very compelling manner, making for an excellent read! I can not wait to start the second book in the series.
Read more
Report abuse
See all reviews