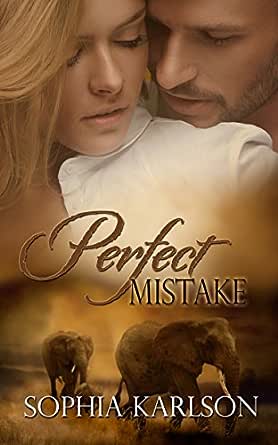 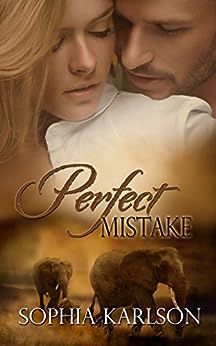 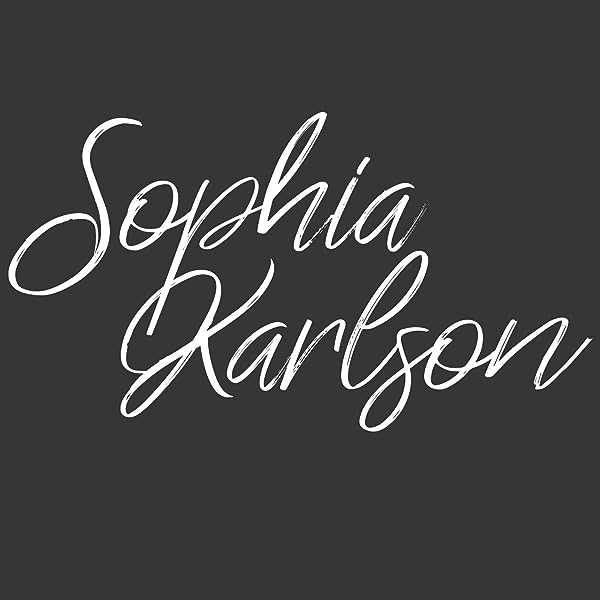 Loved this exotic, second chance romance so much!  And this one just hit the mark so, so perfectly! I can't wait for the next one in the series to come out :) - Saffron A Kent
I am in complete and utter awe that this is Sophia Karlson's first book! - E-Reader Addict
This book was amazing! I haven't read a "can't sleep" book in so long and this was definitely one of those books. Goodreads Reviewer Elizabeth
Finalist for the 2019 Daphne Award for Romantic Suspense!
Winner of the 2019 Kathryn Hayes Award for Romantic Suspense!!

kathi jo goldwyn
4.0 out of 5 stars Loved Africa
Reviewed in the United States on August 3, 2019
Verified Purchase
Yes this is a wonderful story of love and mystery! But for me the best and most wonderful part was all the' Africa ' inside! the animals and towns all spoken about with authority. Turns out this author lived there and worked in the hospitality industry. It shows. And the mystery keeps you guessing till the final chapter. I loved that too. Get lost in Africa for a change..you won't be disappointed.
Read more
One person found this helpful
Helpful
Report abuse

Susan C Hutchinson
4.0 out of 5 stars Love, intrigue, poachers and so much more
Reviewed in the United States on August 8, 2019
Verified Purchase
Carlo and Simone have history, although he has no clue exactly how much. Sophia Karlson expertly weaves a story of their reunion amid the search to discover and stop poachers in the African savanna. Her expert prose and dialogue takes you on adventure you won’t want to miss.
Read more
Helpful
Report abuse

Perfect weekend reading next to the fireplace in winter, or if you are lucky enough to end up on a tropical beach, like Simone did - even better ! Hoping to see more from this author in the near future - expanding on the stories hinted at for the rest of the Carlevaros.
Read more
Helpful
Report abuse

Saffron A Kent
5.0 out of 5 stars Love this second chance romance!
Reviewed in the United States on June 6, 2018
Verified Purchase
Loved this exotic, second chance romance so much! I'm such a fan of exotic locations and secret baby romances. And this one just hit the mark so, so perfectly! I can't wait for the next one in the series to come out :)
Read more
Helpful
Report abuse

Crystal Galloway
4.0 out of 5 stars Where do I sign up
Reviewed in the United States on August 11, 2019
Verified Purchase
Well written. I absolutely love Sophia Karlson. Her work is fantastic every time. She puts her heart and soul into her work and you feel it.
Read more
Helpful
Report abuse

Sweet Romantic
5.0 out of 5 stars Wonderful read right to the end!
Reviewed in the United States on June 24, 2018
Verified Purchase
Great story with the perfect amount of suspense woven into the rekindling of a romance. The added secret child just makes it even better. The tension builds and builds and finishes with a surprise ending.
Read more
One person found this helpful
Helpful
Report abuse

LynnB
5.0 out of 5 stars Exciting second chance love story set in exotic Africa
Reviewed in the United States on August 8, 2019
Verified Purchase
Africa is brought to life this book. The second chance love story of Carlo and Simone is twisted up with a child, the mystery of the ivory smuggling and a company in turmoil. Highly recomment this book.
Read more
Helpful
Report abuse

Debbie Attenborough
4.0 out of 5 stars a great book from a first time author!
Reviewed in the United States on September 7, 2018
Independent reviewer for Archaeolibrarian, I was gifted my copy of this book.

4 years ago,Simone and Carlo had 6 glorious weeks together. Then Carlo disappeared, leaving Simone pregnant. Now Carlo is back, as her boss and he's trying to find out who is using his flights for the poaching of ivory. When Simone is implicated, she has to reveal his daughter to him. Can they survive just what is happening around them, between them?

I did not know, going into this book, that Karlson is a first time author. I did not,at all, get that impression while I was reading it either!

It's not overly explicit, not is it particularly violent. It does get a little . . . . . .yukkie. . ..when Simone's friend is describing her "gifts" though. Also, it's quite painful reading about Simone and Carlo's trip to the poaching sites. Only because it truly is awful, the poaching.

I did not get who was part of the poaching ring, and I was surprised how that all went down. I sort of expected something else to happen, I was waiting for that something else, to see how Simone would deal with it,before she revealed his daughter to Carlo, but that doesn't happen, so I was a little . . . . .not disappointed, cos I really enjoyed what did happen here, but I can't find the right word word, and you know how that pains me so!

It's told from both Simone and Carlo 's point of view, in the third person. It's WELL told, well defined and well delivered. I read it in one single sitting.

So why not 5 stars? No idea,but I have 4stars attend of my fingertips while typing this up, so. . . .

Catharina
5.0 out of 5 stars A romantic journey through East Africa
Reviewed in the United Kingdom on August 15, 2018
Verified Purchase
I thoroughly enjoyed Sophia Karlson's debut novel that uses the luxury safari industry in Tanzania as a backdrop - a very unusual and refreshing setting for a contemporary romance. Balancing global business and corporate priorities with nature conservation and family obligations are not easy, but the romance between soul mates Carlo and Simone triumphs in the end!
Read more
Report abuse

vernemo
5.0 out of 5 stars Very good!
Reviewed in Canada on November 3, 2019
Verified Purchase
What a good story. The storyline was very well defined to keep you interested from the beginning to the end. And the characters were so well developed. I highly recommend this book and this author.
Read more
Report abuse

dnata
4.0 out of 5 stars Great read
Reviewed in Canada on July 4, 2018
Verified Purchase
Great read, hard to put down once you start...forget the perfect mistake, definitely a perfect addiction as far as reading goes!
Read more
Report abuse
See all reviews