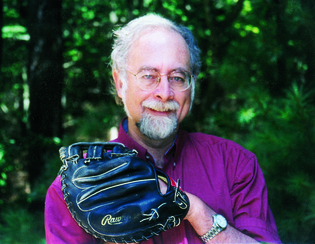 ety-Eight was the greatest season in baseball history. While Mark McGwire and Sammy Sosa engaged in an epic duel for baseball's most coveted individual record -- Roger Maris's 61 home runs, the New York Yankees set new standards for team excellence and established themselves as one of the greatest clubs in the history of the game.

Tim McCarver broadcast the climax of each of these extraordinary achievements and is uniquely positioned as a former player, a commentator, and writer to put 1998 into its proper perspective. McCarver is baseball's best analyst and, as he showed with Tim McCarver's Baseball for Brain Surgeons and Other Fans, he is as eloquent and witty on the page as he is behind the microphone. In The Perfect Season, McCarver revels in the homer race and the Yankees but shows that the season contained so much more, ensuring it will stand out as the best there has been. Star players performing to the height of their powers broke re

Tim McCarver is a baseball analyst for the FOX network and for Yankee games on WNYW in New York.

Talk about star power. A few years after the advent of the Three Tenors, The Three Shortstops made their first big splash. Just as Pavarotti, Domingo, and Carerras had done much to popularize opera with the masses, the equally dynamic trio of  New York's Derek Jeter, Boston's Nomar Garciaparra and Seattle's Alex Rodriguez would rekindle America's interest in baseball in the post-strike years. They were able to have such impact on a disgruntled public by injecting the sport with an exciting blend of youth, talent, and undeniable class.

The three young superstars are always talked about in the same breath, for obvious reasons.  First of all, they became instant-impact players at early ages and at virtually the same time--Jeter at 22 and Rodriguez at 21 first played extensively in 1996, Garciaparra  at 24 debuted in 1997. Second, they have other similar credentials: Jeter and Garciaparra were Rookies of the Year; Rodriguez was second to Juan Gonzalez in the MVP race in 1996 and Garciaparra and Jeter finished second and third to Gonzalez in 1998; all three have been All-Stars (with Rodriguez becoming the youngest All-Star shortstop in '96).  Also: As is indicated by their many rave quotes about each other's play and personalities, they quickly formed a very public mutual admiration society -- in fact, Jeter and Rodriguez have become the best of friends. Most significant, because there are three of them rather than just one groundbreaker -- as was the case with Cal Ripken, Jr. -- they have had the enormous effect of forever redefining the shortstop position. (Ozzie Smith changed the position also, but only defensively.) It's not just that they are tall for shortstops -- Rodriguez and Jeter are 6'3" and Garciaparra is 6'0" -- but that they are all both excellent fielders and excellent power hitters. They have exhibited the range, grace, and creativeness to rank just below Gold-Glovers Omar Vizquel and Rey Ordonez in the field, so in years past they wouldn't have been required to hit for average, must less power. Yet these three do both. Last year, Jeter, who became the first Yankee shortstop since Phil Rizzuto in 1950 to collect 200 hits, batted .324, Garciaparra .323, and Rodriguez .310. And they had pop in their bats: third-place hitter Rodriguez drove in 124 runs, cleanup hitter Garciaparra had 122 RBIs, and Jeter knocked in 84 from the second spot in the order. Only once in a blue moon is an excellent fielding shortstop associated with the long ball -- again, the 6'4" Cal Ripen, Jr. was an anomaly -- yet consider that last year all three shortstops hit milestone home runs:

On August 29, in an 11-6 victory over the Mariners that resulted in the Yankees clinching a postseason spot the earliest in their history,  Jeter made a leaping catch, scored 4 runs, and had 3 hits, including his 17th homer to set the team record for shortstops. He would increase his new record to 19 homers by season's end.
On September 2, Garciaparra hit a 9th inning grand slam to give the Red Sox a 7-3 win over the Mariners and become only the fifth player to have 30 homers in his first two years in the majors. He would finish the season with 35 homers, five more than his rookie total.
On September 19, Rodriguez belted his 40th homer of the year in Seattle's 5-3 road loss to Anaheim to become the third player, following Jose Canseco and Barry Bonds, and the first infielder to have 40 homers and 40 stolen bases in a season.  This was his biggest achievement of 1998, but on the 22nd, he would smash his 41st homer to break Rico Petrocelli's 1969 record for American League shortstops, and would go on to hit 42 homers and steal 46 bases.

Rodriguez and Garciaparra are frightening to pitch to because they have the long arms to give them exceptional plate coverage and the power to drive an outside pitch over the fence the other way.  Rodriguez, in particular, has extraordinary power to right-center, and it boggles the mind when you see him drill the ball 425 feet that way and then remember that he's also a fine-fielding shortstop. Jeter has an inside-out swing that enables him to go the other way on an inside pitch but rarely does he hit any ball over the fence the opposite way. Yet, oddly enough, he jolted one ball out to right at Yankee Stadium early in the season that probably outdistanced anything Rodriguez and Garciaparra hit that way all year. Knowing that I don't concede that a tightly-wrapped ball is the reason for so many homers in the majors, Joe Torre told me that Jeter's mammoth opposite-field drive into the upper deck in right was proof that the little white rat was wrapped tighter than a pro wrestler's corset.

I suppose if you were drafting a fantasy-league ball team, Alex Rodriguez would be the shortstop you'd pick first because of his combination of power, speed and  average -- he was the third youngest to win a batting title when he batted .358 in 1996 and everyone expects him to repeat. The complete package, he is projected to become, if he's not already, the best player in baseball. However, right now, according to no less an authority as Jim Kaat, Nomar Garciaparra is baseball's best all-around shortstop. He isn't the base stealer Rodriguez (or Jeter is), but if the young Californian hadn't missed three weeks last year almost all of his stats (his least favorite subject) would have equaled or bettered the young Mariner's extraordinary numbers. Plus he has an edge over Rodriguez in the field.

Perhaps their power gives Rodriguez and Garciaparra a slight edge over Jeter with the bat, but I rate him the superior fielder. They come in on the ball as well as Jeter nor do they have his range. For instance, Jeter goes into the hole better than anyone in the league, including the remarkable Vizquel. Watch how he plants his foot and throws with a strong, accurate arm.  Garciaparra (who made a sensational play in the hole in the playoffs) and Rodriguez make this play, too, but not with the consistency of Jeter. Even better is how Jeter goes to his left. If you're in the park on this play, you might hear teammates of the batter yell from the dugout for grounders to stay down because they know shortstops usually need the ball to come up to make a clean play. But Jeter is the rare shortstop who will stay down with the ball, pick it up and throw across his body to make the play. It's an extraordinary talent. I also like his smarts. For instance, last year he seemed keenly aware that his second baseman Chuck Knoblauch was having throwing problems, so Jeter always made sure to get the ball to him on double plays quickly enough for him to have time to make an easy pivot and throw.

What Jeter does on the double play balls reveals the surprising maturity about the game that all three of these young shortstops possess. Throughout their brief careers, we've heard their managers, coaches and veteran teammates expound on how they can't believe these guys play and act like they've been in the big leagues for years. I remember years ago when Mets rookie Greg Jeffries was slightly miffed with me for revealing on the air that he was at least two inches shorter than the 5'10" that he was said to be in the media guide because, as the young bachelor told me, "there are a lot of women who watch the game."  (Baseball lover President Nixon told me, "If Jeffries is five feet ten, then Dukakis is six feet tall.")  Jeter, who the joke goes leads the league in proposals from fans, Rodriguez, and Garciaparra don't have such considerations. They let "image" take care of itself and concentrate on playing and winning. They have the correct priorities, know their responsibilities on the field and in the clubhouse. Jeter, whose father is black and mother is white, has proved to be the ideal person to stick dead center into a clubhouse with players of all colors and nationalities. Even at his tender age, players of all ilks have gravitated toward him, which is why he is being groomed to be a future Yankee captain. It would already be a suitable role for Jeter, who has the poise and toughness to handle such a job -- even if former Yankee captain Graig Nettles did wonder, "What does this mean -- that I'll get to call the coin toss?

What has really impressed everybody about the Three Shortstops is that despite their tremendous success and extreme popularity that they have exhibited both a love for the game of baseball and a respect for its past players and traditions. When you hear Jeter talk about growing up (in New Jersey and Michigan) and loving the New York Yankees, you believe how thrilled he is to be wearing pinstripes and playing for fans in hallowed Yankee Stadium. You know he believes he has been entrusted to carry on the great tradition of his team and takes that responsibility very seriously.  One can appreciate his knowledge of baseball history when he expresses his gratitude to Jackie Robinson for paving the way for all the black players who have followed him into the majors.  But when he goes on to say that Rachel Robinson "had just as much a role as he did, maybe even bigger," you realize just how real is his passion for the sport and all the people who came before him. And the other two players have the same respect for the game.

In fact, Alex Rodriguez grew up watching Mets games and was such a fan of Keith Hernande...
Read more